Here are our tips on where to watch this Saturday's Sydney Mardi Gras parade - whether you're on Oxford Street or at home.

Break out the biodegradable glitter because Australia's LGBTQI+ night of nights is about to kick off.

On Saturday, the 42nd Sydney Gay and Lesbian Mardi Gras Parade will take over the town.

About 300,000 spectators are expected to watch 200 floats in one of the biggest LGBTQI+ events in the world. Oxford Street during the 2019 parade.
AAP

Some floats will be about celebration, while others will recall the protest spirit of the first Mardi Gras in 1978.

This year's theme is "WHAT MATTERS".

"We've come so far, and we know there's so much further to go together," Mardi Gras material says.

"WHAT MATTERS to you? What are you willing to fight for? Who will you fight for, and what are you going to do?"

Floats to look out for

As in previous years, the parade will begin with the Dykes on Bikes.

Oxford Street will erupt in the roar of engines as around 200 motorbikes tear up the parade route. 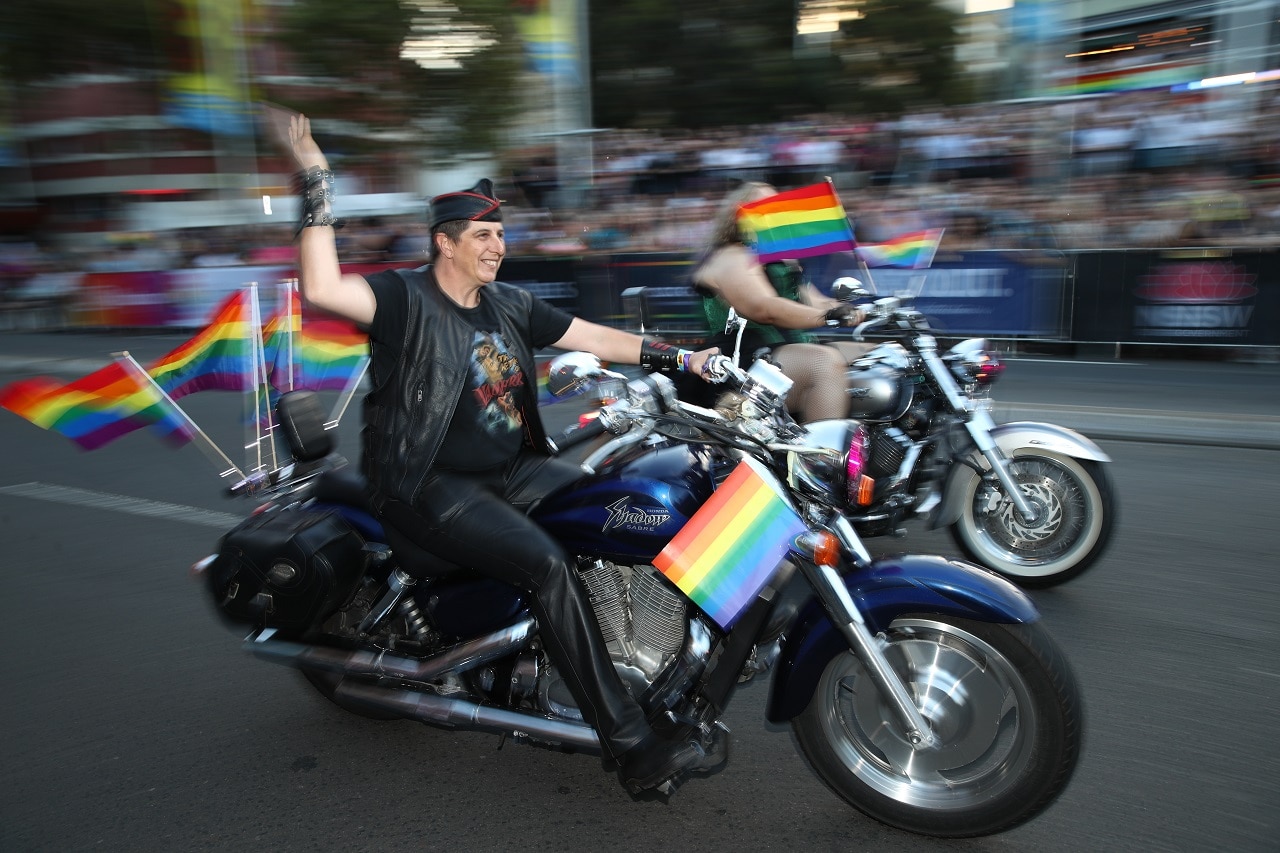 The Dykes On Bikes will kick off the Mardi Gras parade.
AAP

These people took part in the first Mardi Gras in Sydney in 1978. What started as a night to mark international gay celebrations ended with police violence and arrests. 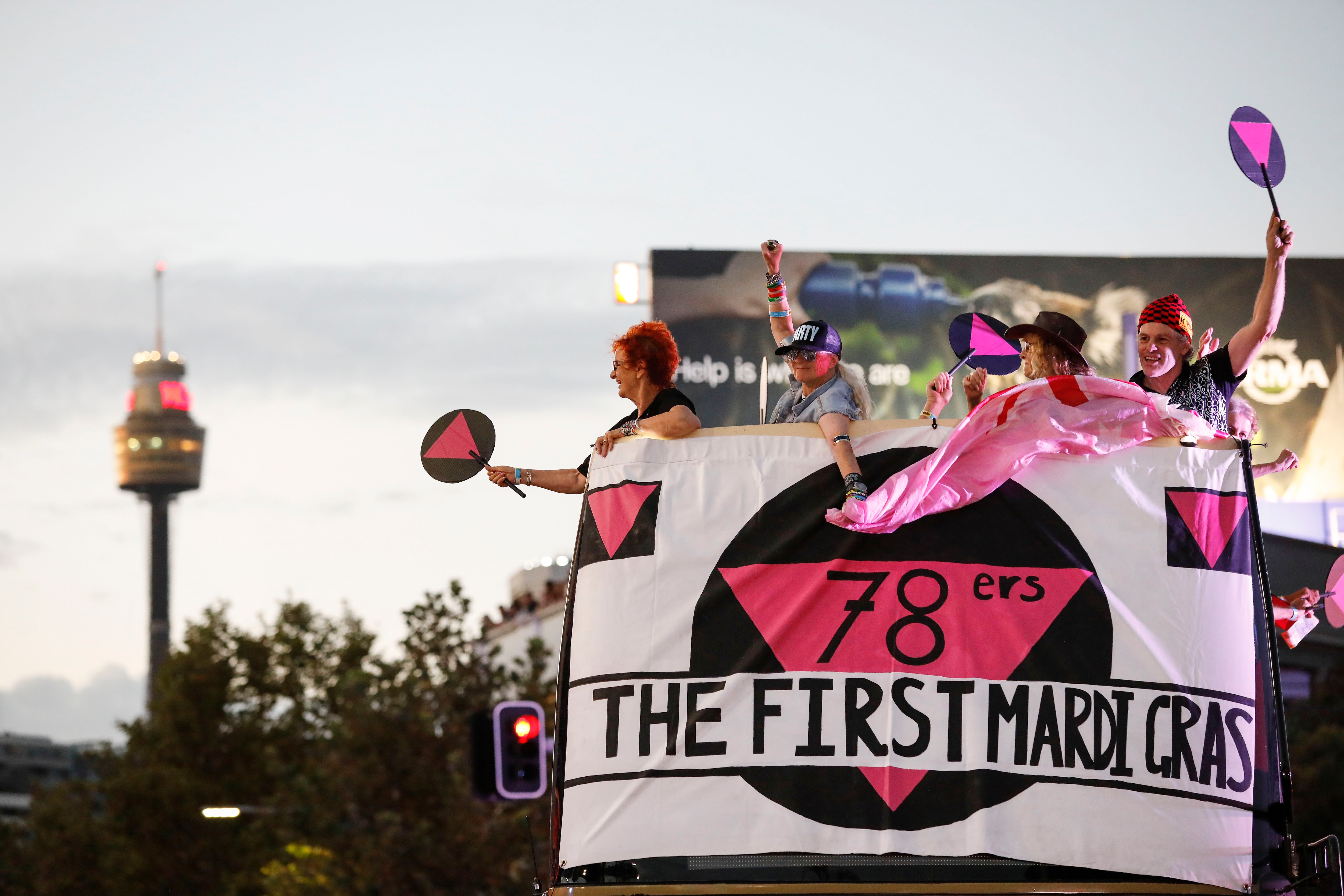 The 78ers and supports in last year's parade.
Getty

For the first time, Guide Dogs NSW/ACT will be taking part in the parade and their float will be hard to miss.

The team will be led by Gulliver – a 4.3m, 690kg fibre-glass labrador, who will be wearing a "fluorescent and tactile costume" designed in collaboration with the Museum of Contemporary Art.

The firefighters always get a rousing reception but it will likely be even louder this year.

A number of people involved in the NSW Rural Fire Service, Fire and Rescue NSW and the NSW State Emergency Services floats have been involved this summer's horror fire season.

And keep your eyes peeled for Sam Smith. The English singer is headlining the party later in the evening and may make a cameo on the parade route.

How to watch it live

The parade will start at Sydney's Whitlam Square (corner of Liverpool and Oxford Streets) and take a 1.7km route along Oxford Street and Flinders Street, before ending at Moore Park.

Pre-show celebrations are scheduled to start at 6:45pm. The parade is due to start at 7pm and conclude at approximately 11pm.

See you TOMORROW for the spectacular #MardiGras2020 Parade!

It's going to be a stunning - and very busy - night. Take a look at these tips for having a great time with us: https://t.co/b2GfuM8ti9 pic.twitter.com/myJMZYVteZ

Roads will close at 5pm and crowds are expected to swell from that time.

"We're expecting very large crowds to come into the parade precinct so plan to arrive early and follow us on social media for updates on traffic, vantage points and other information," Mardi Gras organisers advise.

SBS News' hot tip: Get set up at the Flinders Street end of the parade around 4:30pm to guarantee one of the best views.

How to get there

There are extensive road closures during Mardi Gras, so public transport is the way to go. 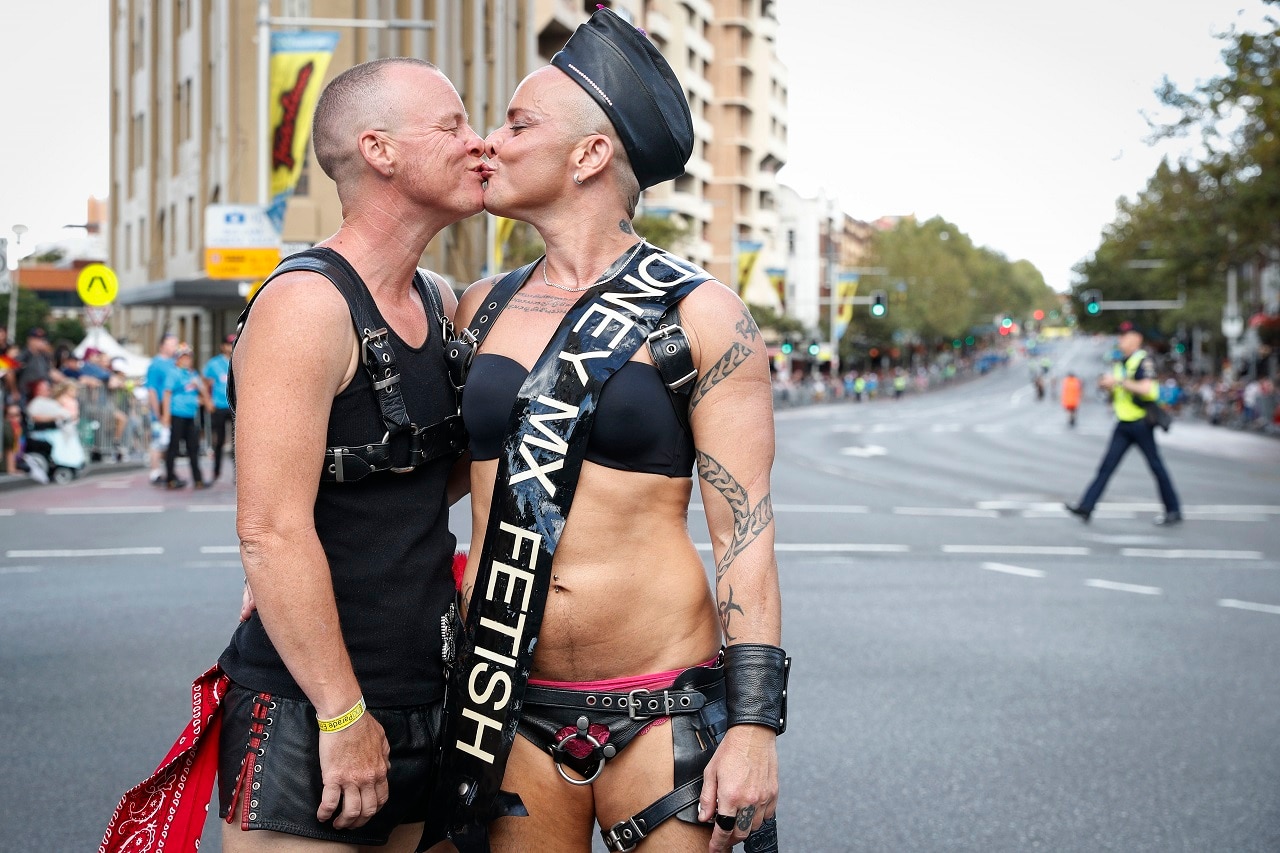 Mardi Gras recommends for access to the northern side (Darlinghurst) of the parade route to use Town Hall, St James or Martin Place stations.

For access to the southern side (Surry Hills) of the parade route, use Central station.

Due to large crowds, Museum Station will be closed from 5pm on Saturday until 4am on Sunday. 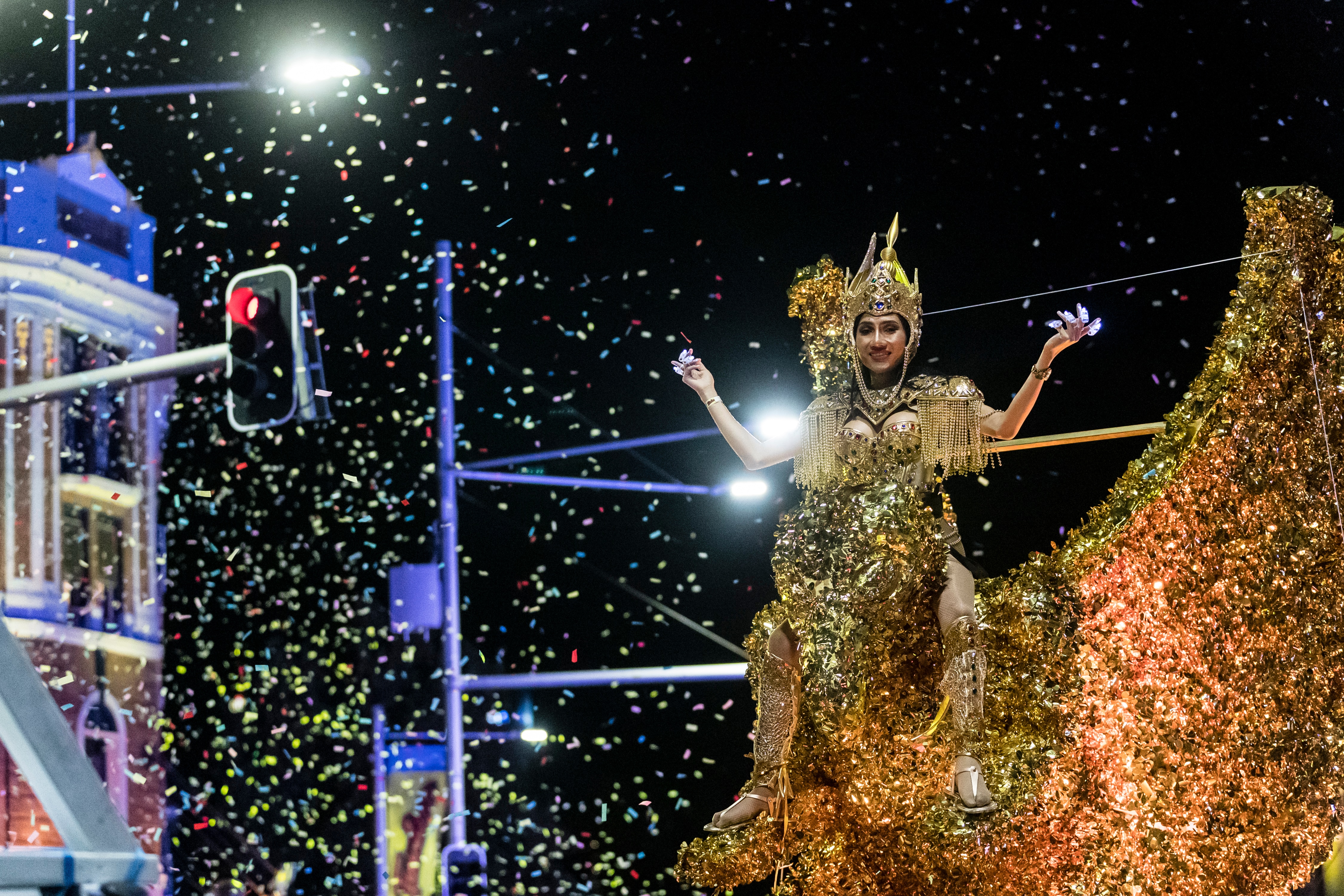 Thousands of people are set to take part in the parade.
Getty

How to watch from home

For the first time, SBS will be broadcasting the event live on TV and via SBS On Demand. 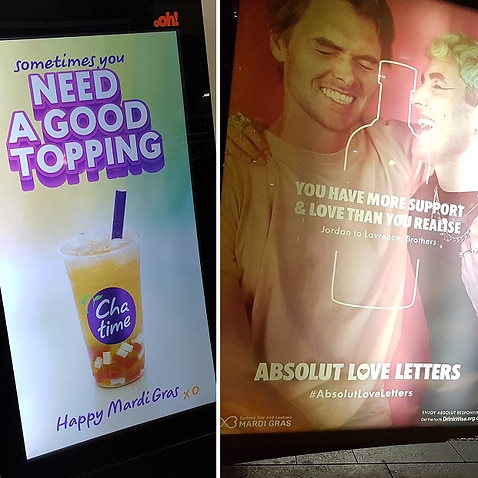 And if you're not Down Under, no worries. SBS On Demand is temporarily removing its geoblock, allowing viewers from around the world to tune in.