Northeast Asia is the only region in the world today where four nuclear powers butt up against each other, in a tangle of historical animosities, territorial disputes and great power rivalries. So judging by military strength, who are the biggest powers in the region?

Six of the world’s most powerful militaries operate in Northeast Asia; four of them are among the world’s nine nuclear powers. The North’s nuclear weapons push, along with regional jitters around China’s ambitions, is fuelling a new arms race.

“This is why Northeast Asia is considered one of the most dangerous regions in the sense of the military capabilities that are available,” says Professor Benjamin Schreer, security studies expert from Macquarie University in Sydney.

“In combination with unresolved territorial disputes, looming great power shifts, the unresolved situation on the Korean peninsula - there is no other region where you have that amalgamation of factors. That makes for quite a volatile situation.”

But does that mean war is likely?

“In my view the only near-term flashpoint for conflict is the Korean Peninsula,” Bonnie Glaser, director of the China Power Project at the Washington DC-based Center for Strategic and International Studies told SBS World News.

“If North Korea launches a missile at or very close to Japan or Guam, there could be some kind of retaliation that could escalate.” It’s not located in Northeast Asia, but with its alliances with South Korea and Japan and military base in Guam, the US remains the largest and most capable military force in the region (and the world) by a long shot.

There are also two US carrier strike groups - unmatched by any other country’s naval forces - led respectively by the aircraft carriers USS Ronald Reagan and the USS Carl Vinson currently patrolling the Western Pacific, as of May this year.

China’s PLA has some 1.6 million troops, making it the world’s largest active force in terms of manpower.

But Professor Schreer points out that numbers are only one aspect of analysing the relative strength of military forces - quality and capacity are crucial, which is where it becomes more of an art than a science.

China is also a nuclear power, and is investing in improving its arsenal, which is much smaller than that of Russia or the US.

“China has been catching up in terms of modernising both its strategic weapons and also seems to be developing new medium-range weapons systems and missiles,” Professor Schreer says. “It is working on introducing nuclear weapons on submarines, though that is a complex and  complicated military capability to achieve… in terms of numbers and experience [China’s nuclear capacity is] nowhere near where the US and Russia are.” 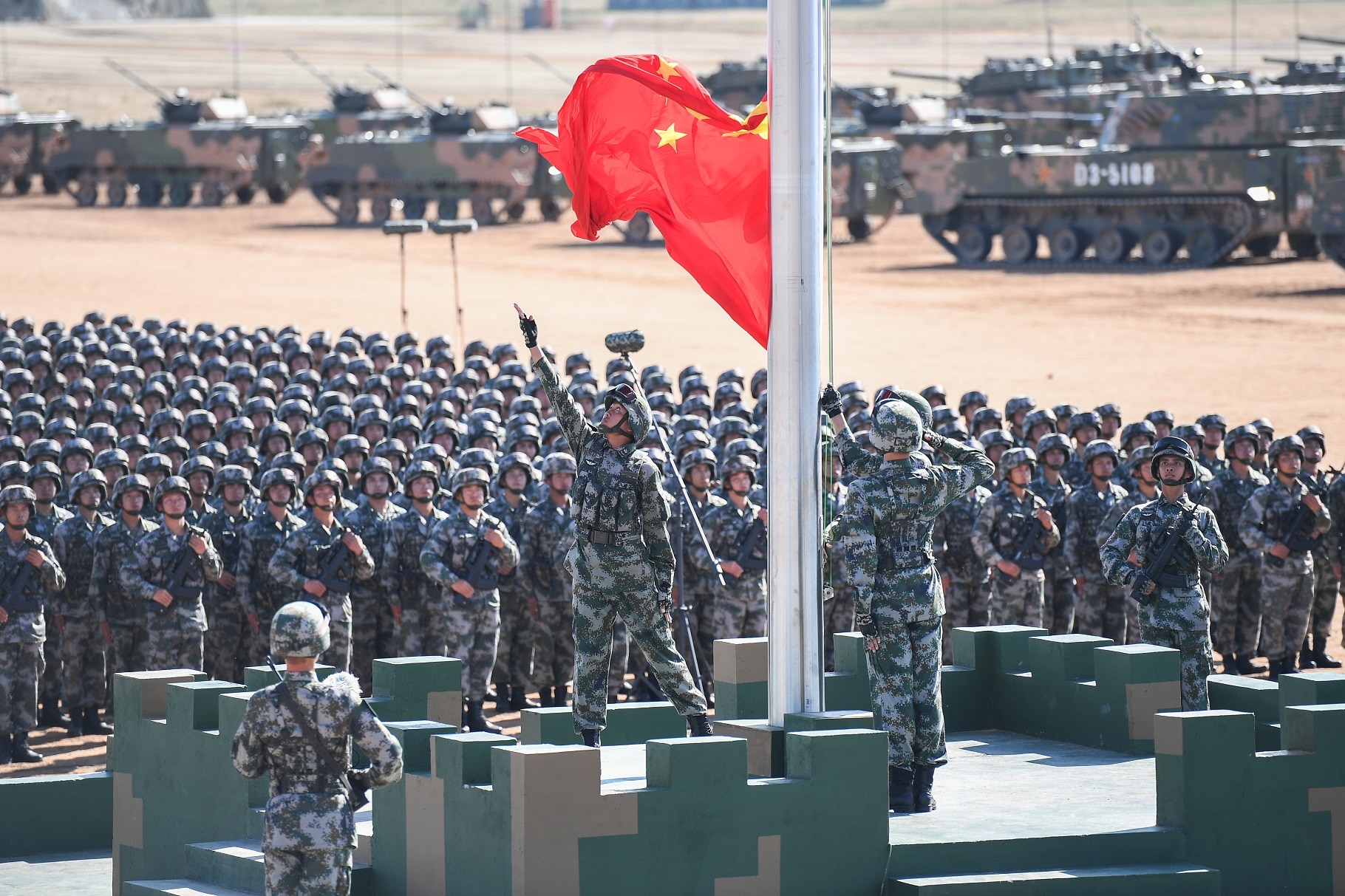 A flag-raising ceremony marking the 90th birthday of the Chinese People's Liberation Army on July 30, 2017 in the Inner Mongolia Autonomous Region of China.
Getty Images

According to Japan’s Ministry of Defense, Russia has 80,000 troops, 350 aircraft and 260 naval vessels stationed in its far east, which shares a vast land border with China and a small one with North Korea.

Russia has a lot of nuclear weapons - 7,000, according to the Stockholm International Peace Research Institute. We've got a long way to go on North Korea: Bishop 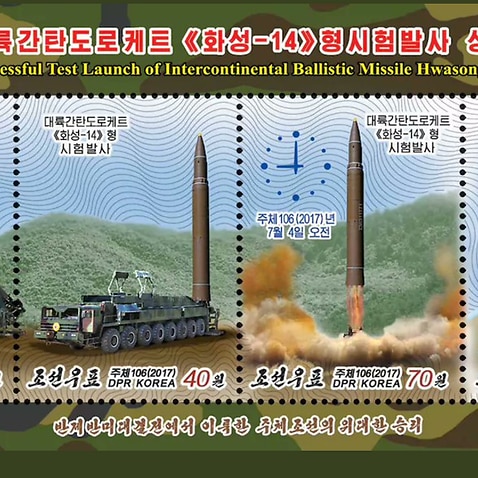 North Korea at the tipping point: why we’ve just seen a gamechanger on the Korean peninsula

While its defence forces are officially “self-defence” forces - a legacy of the deals struck after Japan was defeated in World War II - Japan is nonetheless a formidable player particularly when it comes to its naval capacity.

It has 140,000 troops, 137 vessels and 410 aircraft, according to the Japanese Ministry of Defense. It also hosts a major US base on Okinawa.

From Tokyo’s perspective, there are two major security threats: China and North Korea.

Aegis is a US-made missile defence system that can be launched from land or sea installations.

“A separate dynamic is between China and Japan,” she continues. “China's growing military capabilities and its frequent operations in waters and airspace around Japan have prompted Japan to strengthen its coast guard and naval capabilities, especially around the [disputed] southwest islands.”

There is a long-simmering territorial dispute over the uninhabited islands near Taiwan that are known as the Senkakus in Japan and the Diaoyu in China, that from time to time has threatened to erupt into open conflict. 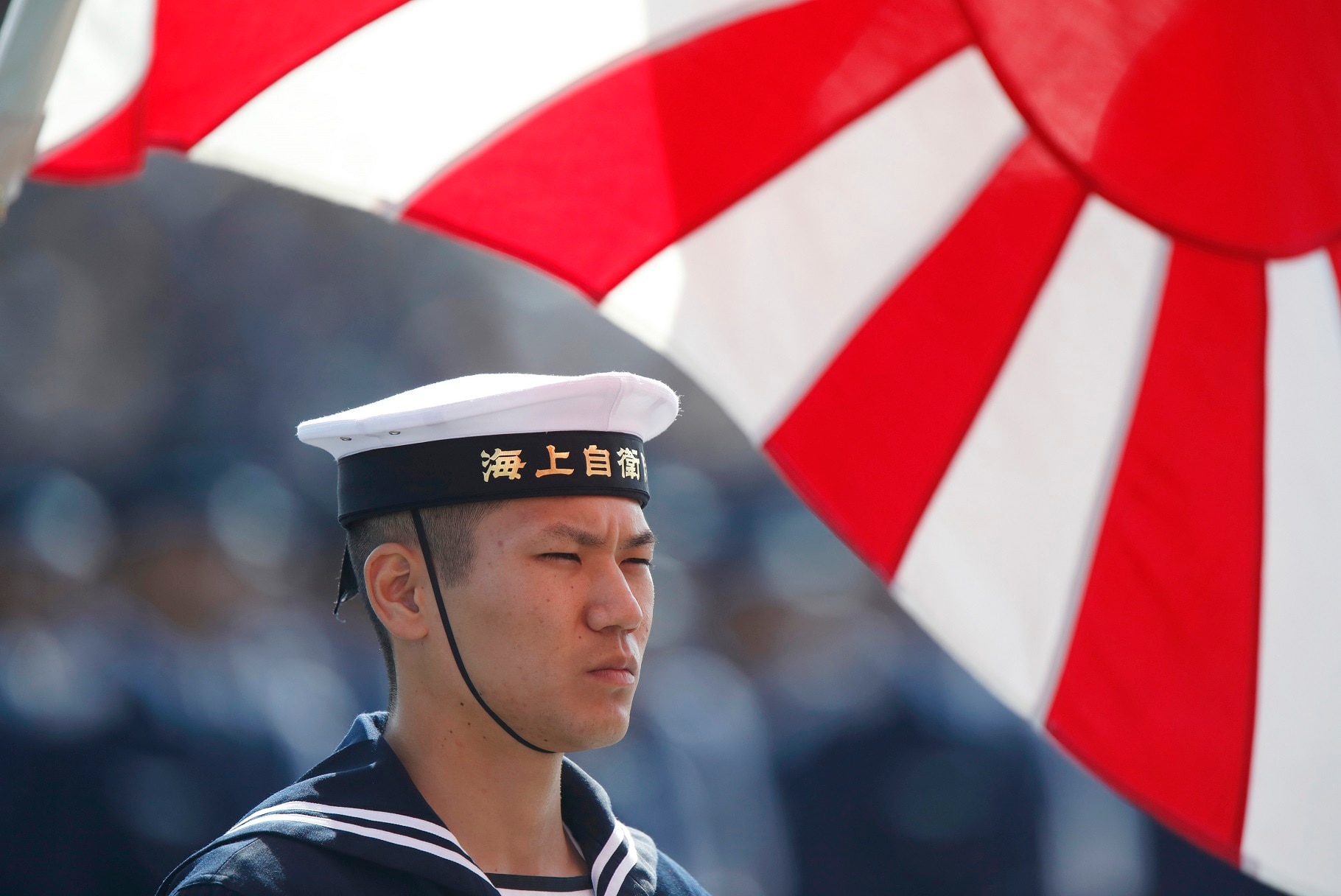 A member of the the Japan Maritime Self-Defense Force on October 23, 2016 in Asaka, Japan.
Getty Images

For a country with an economy comparable in sizes to Australia’s, South Korea has a far bigger military, with close to half a million troops, 240 naval vessels and 620 aircraft. This is a legacy of the Korean War which ended in an armistice in 1953 with a heavily fortified no-man’s land across the Korean peninsula dividing the South from the North.

South Korea has acquired THAAD, the Terminal High Altitude Area Defense system, which is designed to knock North Korean missiles out of the sky.

“Seoul has already extended the range of its missiles and is now seeking US approval to further increase the payload their missiles can carry,” Ms Glaser said.

The South worries about the North, but it also worries about Japan, given the Japanese occupation of Korea in the early 20th century. Professor Schreer says some of its force modernisation investments have been directed at Japan’s increasing capacity.

US troops remain stationed in the country as part of the US alliance. North Korean leader Kim Jong-Un at a meeting on September 3 2017 about the test of a hydrogen bomb, in an image released by North Korea's official news agency.
Getty Images

North Korea has had nuclear capacity for some years, but this month’s sixth test of a nuclear bomb and another in a string of intercontinental ballistic missile tests suggests for the first time it has a strategic nuclear weapon that could hit the mainland US.

It has a huge army, at least 1 million active troops and perhaps over 6 million if reserves are counted; and Japan’s Ministry of Defense estimates it has a significant naval capacity. It's airforce isn't considered very effective. But it has a very significant conventional weapons capacity aimed at its immediate neighbours.

There is significant concern that North Korea’s nuclear capacity is already fuelling an arms race in the region, which could have unpredictable consequences.

Northeast Asia is “more volatile than it’s been in quite a long time,” says Professor Schreer. “You can’t exclude the possibility of conflict.

“However, there are also a number of good reasons to assume it’s not going to happen - foremost of those is that there is no good military option. There just isn’t. None of the major powers want a war.” Which nine countries have nuclear weapons?