The White House has responded to critics accusing First Lady Melania Trump of anti-bullying hypocrisy, saying she and her husband "communicate differently".

First Lady Melania Trump appears to have defended the US president's attack on teen climate activist Greta Thunberg, while reaffirming her commitment to an anti-bullying program.

In a statement issued in response to President Donald Trump's mocking of the Swedish 16-year-old on Twitter, Mrs Trump's spokeswoman said it was no secret that the First Lady and the president "communicate differently - as most married couples do".

Statement from @PressSec to me regarding @FLOTUS response to @realDonaldTrump’s tweet directed at @GretaThunberg : pic.twitter.com/4BPxK2KSTd

The statement drew a distinction between the first lady's son Barron and the climate activist.

"Their son is not an activist who travels the globe giving speeches. He is a 13-year-old who wants and deserves privacy."

Last week, Mrs Trump publicly rebuked a scholar who used her 13-year-old son's name to make a point during a hearing as part of the impeachment inquiry into the president. 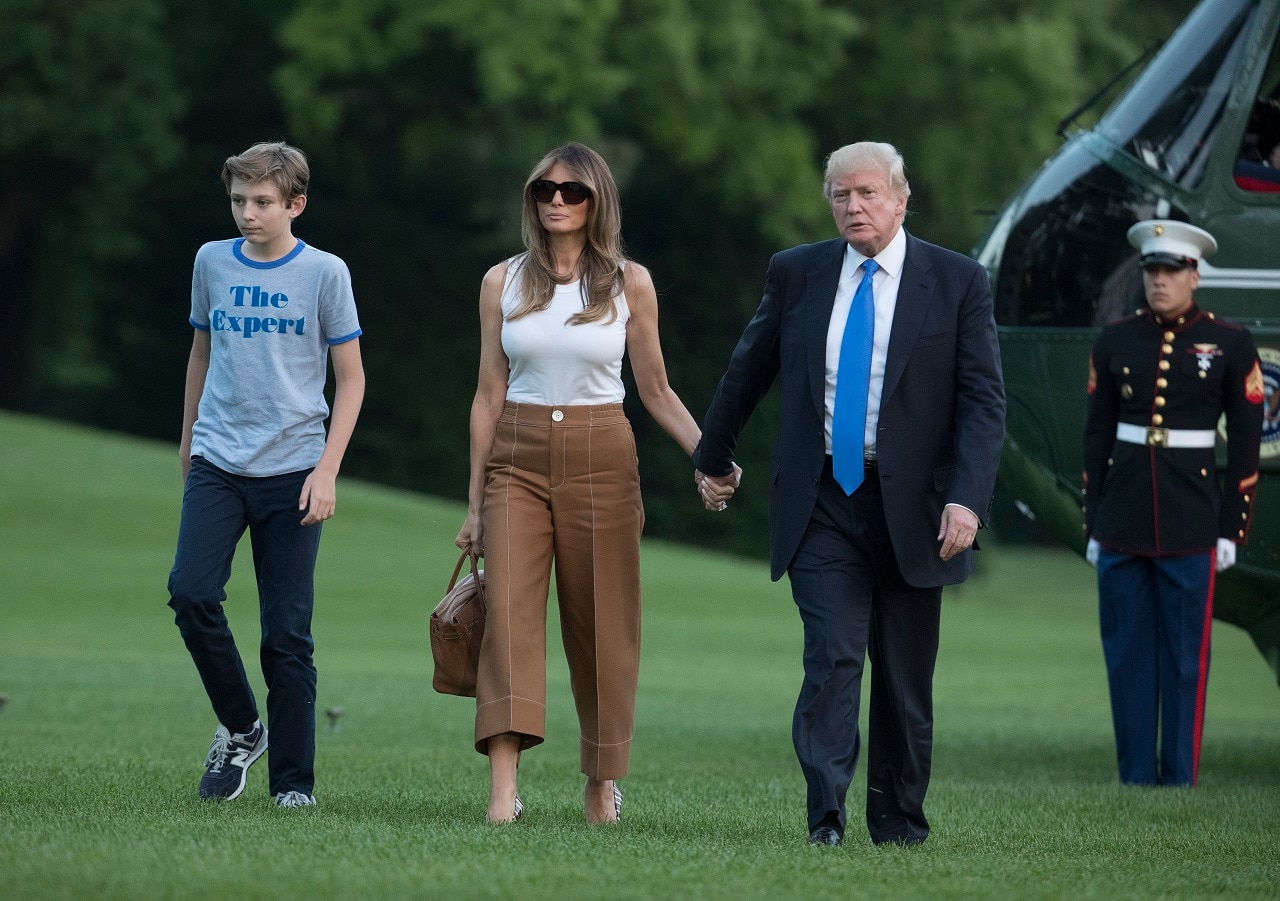 A file photo of President Donald Trump, first lady Melania Trump, and their son and Barron Trump walking from Marine One to the White House.
AAP

Constitutional law professor Pamela Karlan invoked Barron Trump, the son of Donald and Melania Trump, to demonstrate how the Constitution imposes distinctions between a monarch's power and that of a president.

"The constitution says there can be no titles of nobility," Ms Karlan told lawmakers during the House Judiciary Committee's first hearing on impeachment, which featured four constitutional scholars.

"So while the president can name his son 'Barron,' he can't make him a baron."

The pun led to chuckles in the congressional hearing room, but Ms Trump made clear it was no laughing matter.

"A minor child deserves privacy and should be kept out of politics," the first lady tweeted shortly afterwards.

"Pamela Karlan, you should be ashamed of your very angry and obviously biased public pandering, and using a child to do it."

President Trump retweeted his wife's message to his 67 million followers.

A minor child deserves privacy and should be kept out of politics. Pamela Karlan, you should be ashamed of your very angry and obviously biased public pandering, and using a child to do it.

As the row snowballed, Ms Karlan quickly tried to stem the damage by expressing her regret.

"I want to apologise for what I said earlier about the president's son," she told the panel.

"It was wrong of me to do that" she said, before adding that she also wished "the president would apologise, obviously, for the things that he's done that's wrong."

For years, members of both political parties have agreed that the minor children of US politicians, particularly presidents, are off-limits.

She said she would continue to work on her anti-bullying initiative BeBest to "do all she can to help children".

On Thursday, Mr Trump lashed out at Ms Thunberg after she was named Time's Person of the Year for 2019.

"So ridiculous. Greta must work on her Anger Management problem, then go to a good old fashioned movie with a friend! Chill Greta, Chill!"

The social media exchange sparked by Mr Trump prompted an outpouring of support for the climate activist, who most recently declared big business and world leaders were lying about climate change at the COP25 conference in Spain.

Ms Thunberg responded by updating her Twitter biography to: "A teenager working on her anger management problem. Currently chilling and watching a good old-fashioned movie with a friend." 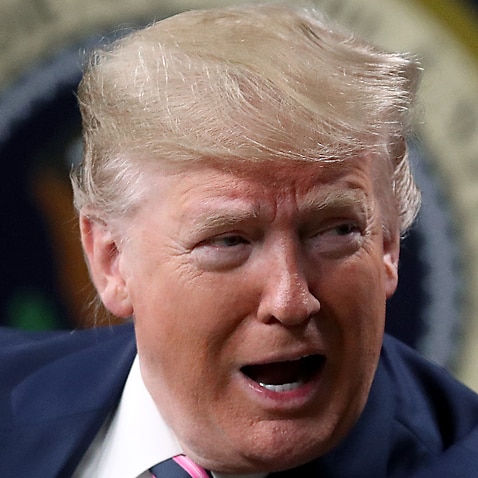 "Don't let anyone dim your light," Ms Obama tweeted. "Ignore the doubters and know that millions of people are cheering you on."

.@GretaThunberg, don’t let anyone dim your light. Like the girls I’ve met in Vietnam and all over the world, you have so much to offer us all. Ignore the doubters and know that millions of people are cheering you on.

"What kind of president bullies a teenager?" the former Vice President said, adding that Mr Trump could learn a few things from Ms Thunberg about leadership.