The death toll from the dramatic White Island volcanic eruption has risen to 15 with New Zealand Police confirming a patient who was being treated at Waikato Hospital has now died.

Police can confirm a further person has died following the eruption on Whakaari / White Island, bringing the official toll to 15.

The person was earlier being treated at Waikato Hospital.

Police remain focused on supporting families at this terrible time.

Earlier officers confirmed 21-year-old Australian woman Krystal Eve Browitt is among those killed in the tragedy.

Officers had listed the woman among a group of people missing following Monday's horror. 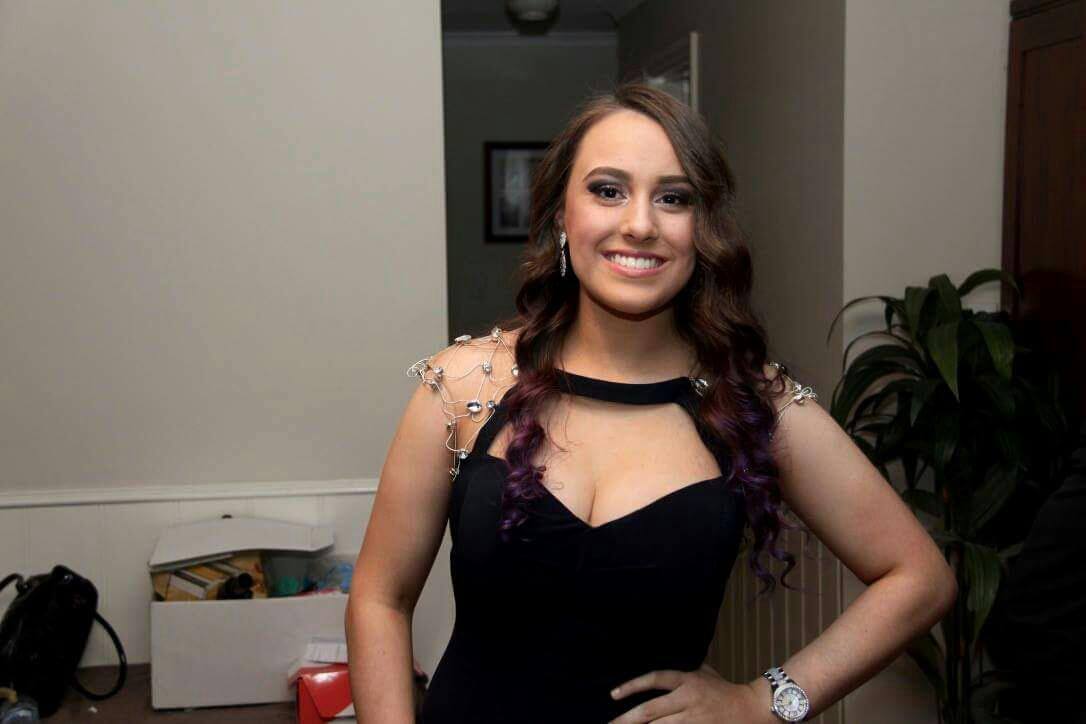 The Melbourne woman had ventured onto White Island with her father Paul and sister Stephanie who were also seriously injured in the eruption.

Rescue crews have carried out dangerous recovery efforts with authorities now conducting autopsies on six bodies which were recovered from the island on Friday.

The deceased recovered from Whakaari / White Island have been taken to Auckland for the post mortem and disaster identification process. An internationally approved process for disaster management identification (DVI) is being followed.

Officers have so far been unable to recover the remains of two other individuals but at least one body has reportedly been spotted in waters not far from the island's shore.

Police and navy divers are dealing with low visibility and dead fish around White Island, where authorities are increasingly convinced a seventh and eighth body might be found.

The ground search was not resumed on Saturday, as authorities consider the next steps in their operation.

Police have vowed to continue their search until all eight bodies have been recovered. 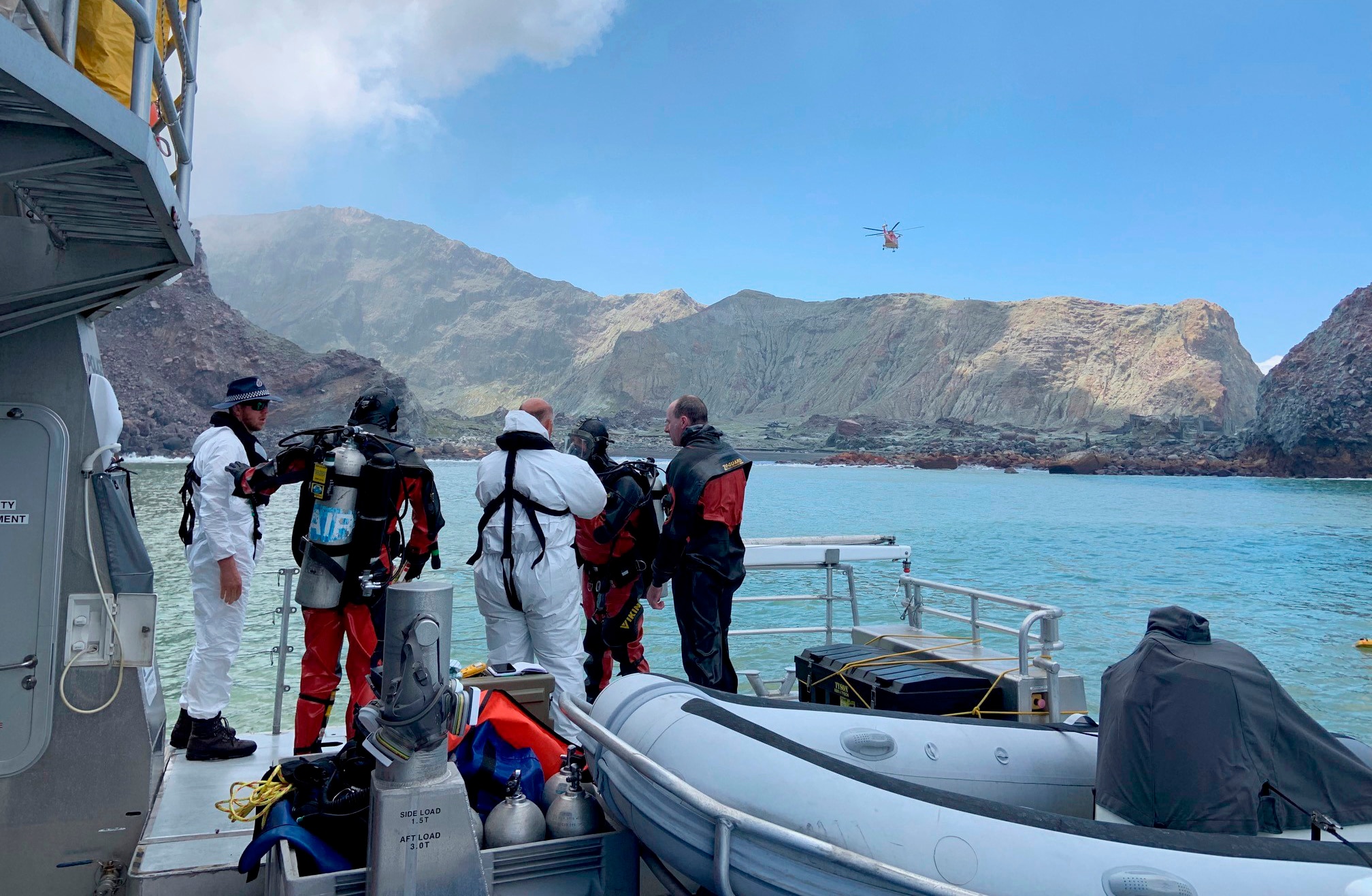 "The assurance that we give to family and whanau (extended community) is that we will continue to put every effort into locating the remaining two missing," police commissioner Mike Bush said.

A debrief following Friday's operation has prompted a focus on nearby waters.

Deputy commissioner Mike Clement told AAP there had been nine divers, working to a buddy system, in the water since 7am.

"We learned some stuff yesterday as a result of being on the island," he said.

"The purpose of the planning day today is to work through the scenarios, with that eighth person, where they could be. 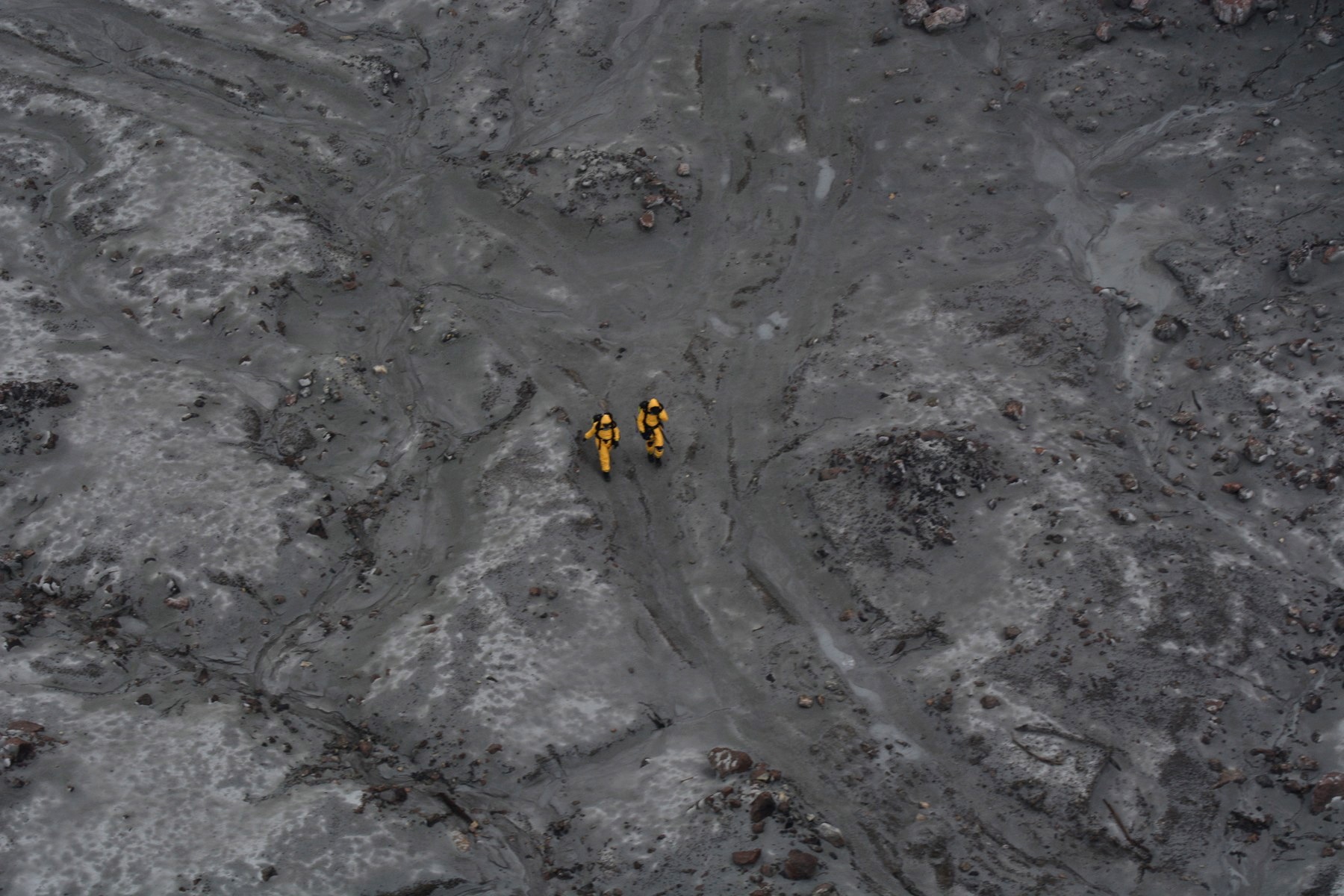 Authorities are seen during a recovery operation on White Island, New Zealand.

"We've got enough evidence to justify deploying that dive squad and the navy dive squad this afternoon."

The recovery operation is now focused on a ravine that carries water off the island.

"And we haven't quite got the detail yet but it's possible that there's been, quite heavy rain since Monday afternoon.

"The evidence suggests they're in that ravine but they're not there and they haven't been there since we started our (surveillance) overflights." 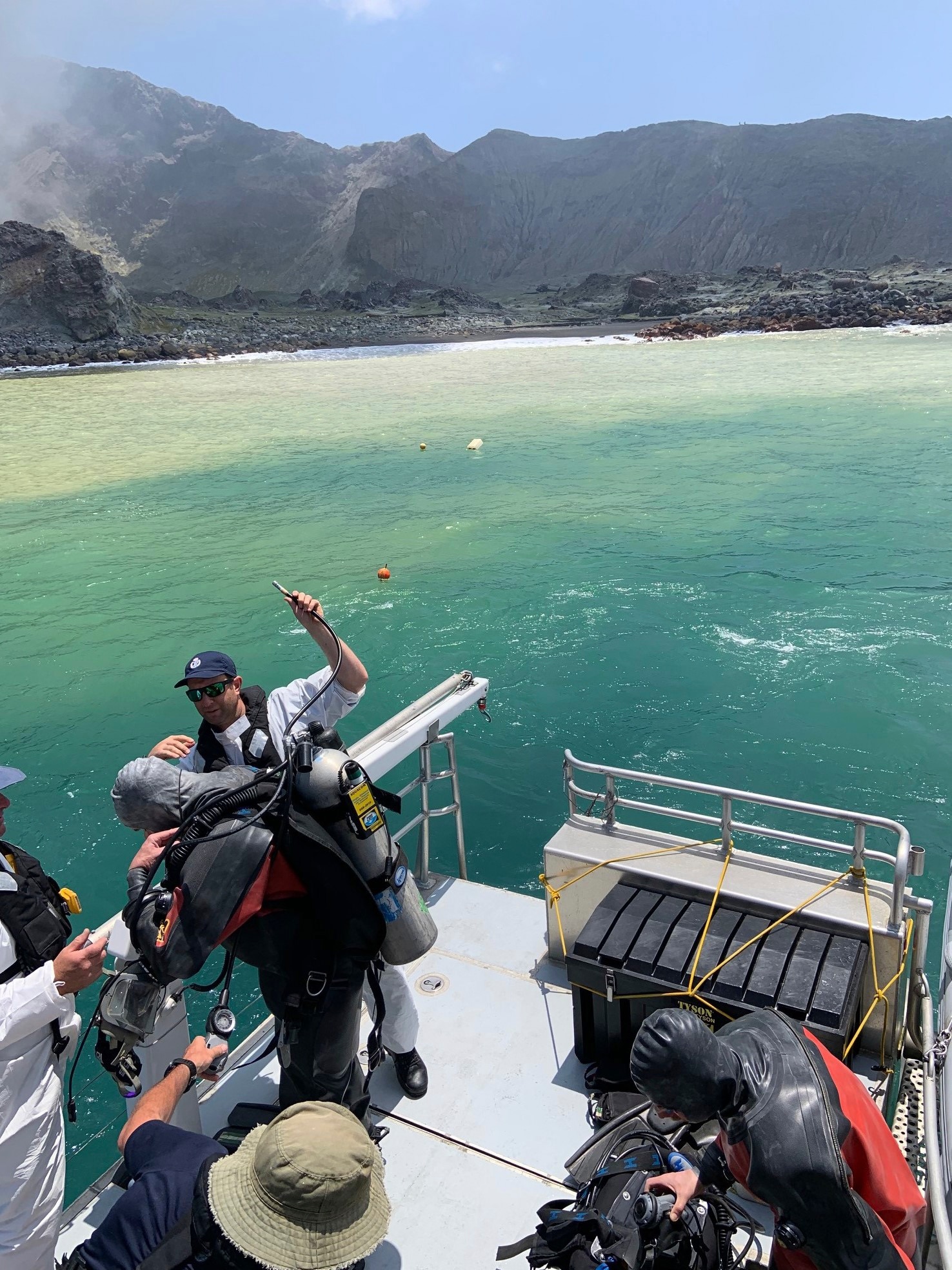 The seventh body was sighted in the water in the aftermath of the blast but unreachable due to swells.

On Saturday, visibility in the contaminated water was between zero and two metres.

Divers, who saw the dead sea creatures on the water's surface and onshore, required specialised protective equipment and decontamination with fresh water each time they surfaced.

Mr Clement said police weren't ready to rule out the eighth body being on land, saying he "would leave either scenario open". 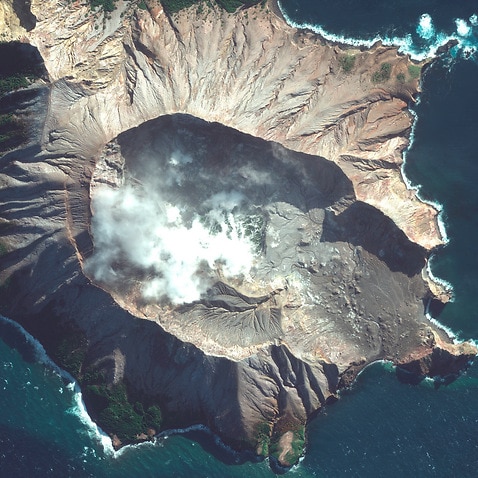 "But if it's on land, it's not visible on the surface. So we've got to work through the possibilities with regard to where it might be."

Deputy Commissioner John Tims, the Wellington-based operations commander, warned anxious families and loved ones that the "process is stringent and can take some time".

"This is a long and complex process and we are working as quickly as possible to return loved ones to their families," he said.

The eight families spent time with the six bodies - which were in coffins - at Whakatane airport on Friday night before they were taken to Auckland. On Saturday morning, New Zealand's geological monitoring agency GNS Science slightly downgraded the threat of a further eruption within the next 24 hours to 35-50 per cent.

This is the lowest chance of further eruption since Monday, but still drastically higher than before the initial blast.

Eight Australians are confirmed dead, two are presumed to have died and 13 are in hospital with severe burns.