America’s top infectious disease expert has become a national figure, but has also drawn the ire of the White House and President Trump. 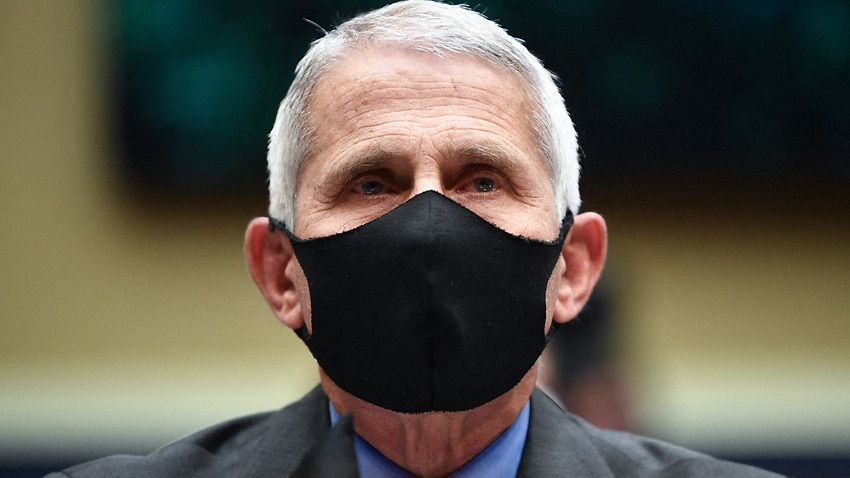 Dr Fauci has been criticised by the White House. Source: AP

During the ongoing coronavirus pandemic, perhaps it’s not surprising that the United States’ top infectious disease expert has become a prominent national figure.

Even the National Bobblehead Hall of Fame and Museum has been selling Dr Anthony Fauci bobbleheads.

But the 79-year-old public health expert who has served six presidents is also a controversial figure and increasingly so in the White House where officials have recently begun briefing journalists against the doctor.

Who is Anthony Fauci?

Dr Fauci has been a prominent infectious disease expert since the mid-1980s with his research into developing treatments for HIV/AIDS.

His official title is the director of the National Institute of Allergy and Infectious Diseases, a role which has made him the top expert directing America’s medical response to COVID-19.

He is also leading the National Coronavirus Task Force.

Dr Anthony Fauci has been leading the US response to COVID-19. Source: AP

Professor Simon Jackman, Chief Executive Officer at the United State Studies Centre, at the University of Sydney says Dr Fauci’s long career as a public health official has earned him a good reputation.

“He is a very experienced operator, this is the sixth administration he has worked for, he knows Washington DC well and is well respected by both Republicans and Democrats,” Professor Jackman told SBS News.

In the early days of the coronavirus pandemic, when US President Donald Trump held near daily press briefings on the virus, Dr Fauci was regularly by his side.

Mr Trump has said he values Dr Fauci's input but does not always agree with him.

Then over the weekend the relationship deteriorated further when the White House distributed a list of early statements Dr Fauci made about COVID-19 that turned out to be wrong as the pandemic developed.

Anthony Fauci, director of the National Institute of Allergy and Infectious Diseases, speaks during a Senate Committee hearing Source: ABACA

The infectious disease expert said the list was misleading because it was over-selective with its statements or used them out of context, and accused the White House of trying to discredit him.

"I think if you talk to reasonable people in the White House they realise that was a major mistake on their part because it doesn't do anything but reflect poorly on them. And I don't think that was their intention," Dr Fauci said in an interview with The Atlantic published on Wednesday.

Dr Fauci also urged an end to the divisiveness over the country's coronavirus response, saying "let's stop this nonsense".

Professor Jackman says the deterioration in the relationship not surprising given the different narrative Dr Fauci is putting out on coronavirus and the contrast to the official White House version of events.

Dr Fauci has linked the increase in cases with states' premature reopenings and compared the coronavirus outbreak the US is dealing with to the Spanish Flu pandemic in 1918, which killed an estimated 50 million people worldwide.

He has also repeatedly called on Americans to listen to health experts over political commentators.

“More over if it isn’t a good story it’s someone else’s fault, it's China’s on one day, it’s the World Health Organization on another, and then increasingly Fauci is himself a target now,” he added.

Will Donald Trump fire him?

Due to his differences with the White House and President Trump's record of firing people he doesn’t agree with, many commentators have been surprised Dr Fauci has lasted so long in the job.

In recent days the White House has begun backgrounding journalists against Dr Fauci, leaking an internal memo containing statements the doctor has made “which were wrong”.

Donald Trump's economic advisor Peter Navarro told CBS News this week that he listens to Dr Fauci's advice "only with caution", accusing him of being "wrong about everything I have ever interacted with him on".

The White House has also banned Dr Fauci from giving any interviews to the mainstream media, a muzzling he has followed while still carefully doing select interviews on alternative media podcasts, giving online speeches to students and finding other ways of still getting his message out there.

"I have a reputation, as you probably have figured out, of speaking the truth at all times and not sugar-coating things," he told the Financial Times on 10 July. "And that may be one of the reasons why I haven't been on television very much lately."

Professor Jackman said that in the current climate, with polling showing Americans' trust in Dr Fauci is so much higher than their trust in President Trump, it might be risky for the White House to fire him.

“At the moment the political downsides outweigh the upsides, but they are working on that. They are trying to soften up public perception around Fauci and more potential scapegoats for COVID-19 are better for them than fewer. If Fauci happens to be one of them then he will be one of them,” he said.

“There are trying to test the waters and give Trump the option to fire him if it becomes politically expedient to do so,” he added.

President Trump has downplayed the conflict between the two saying that Dr Fauci was a "nice man" but one that had made "many mistakes".

"I find him to be a very nice person. I don’t always agree with him," President Trump said on Monday.