With Boris Johnson currently out of action, Foreign Minister Dominic Raab is stepping up to the plate. But who is he, and what is his track record?

In effect, he would step up to run the country, if Boris Johnson was incapacitated. 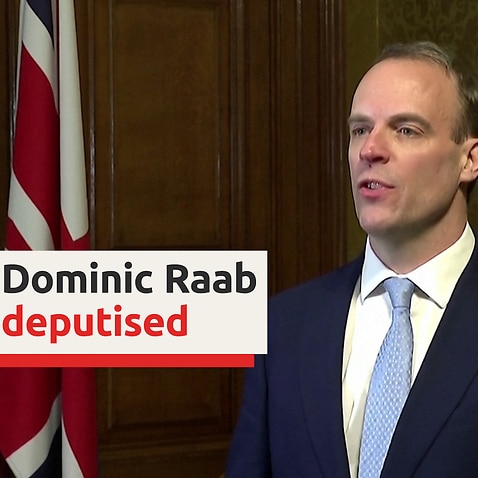 Few expected him to be in such a state, as Mr Johnson and his office repeatedly maintained the prime minister's symptoms were mild.

But after Mr Johnson was taken to hospital on Sunday night, and transferred to intensive care just 24 hours later, Mr Raab now looks set to be in charge for the foreseeable future.

Who is Dominic Raab?

Mr Raab was one of the most prominent figures in Britain's protracted and divisive process to leave the European Union, serving as Brexit minister under former premier Theresa May.

He quit after just three months in November 2018 in protest at Ms May's doomed divorce deal with Brussels that he said offered too many concessions. 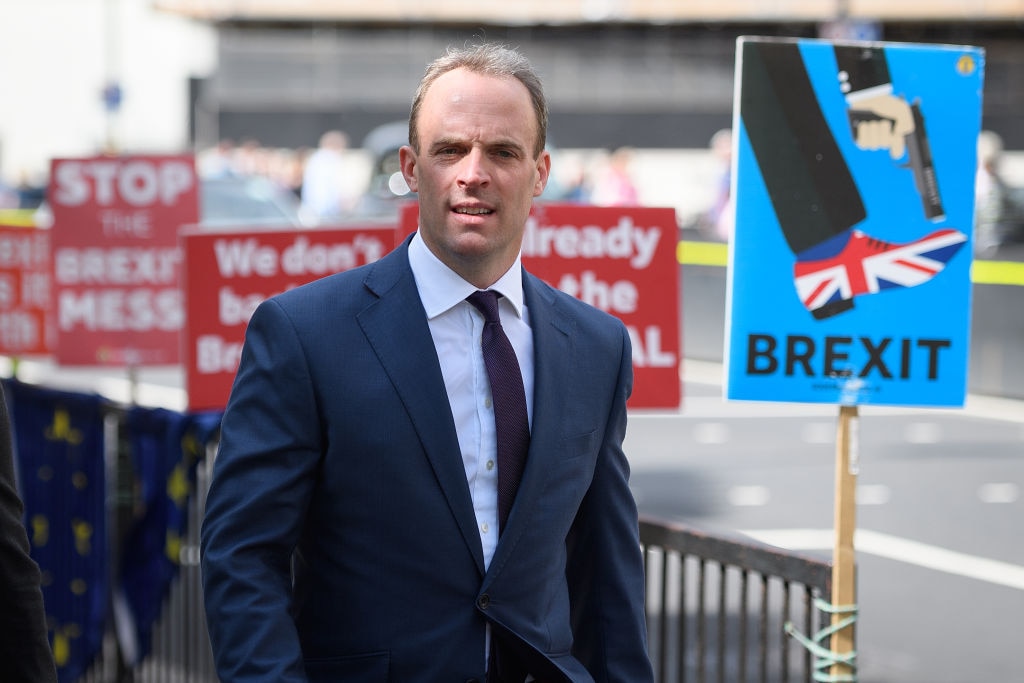 But when Mr Johnson became Conservative party leader and prime minister after Ms May's resignation in July last year, Mr Raab was catapulted back into government.

His role as foreign secretary also carries the title first secretary of state, implying seniority over all other ministers except the prime minister and making him his de facto deputy.

The 46-year-old, who has law degrees from both Oxford and Cambridge universities, had ambitions himself for the top job, challenging Mr Johnson for the Tory leadership after Ms May quit.

Often combative, he holds a black belt in karate and is a keen boxer.

Mr Raab's tilt for the top job marked him out as a threat to former London mayor Mr Johnson due to his even more strident pro-Brexit views. US President Donald Trump with Dominic Raab and Boris Johnson during the annual Nato heads of government summit on December 4, 2019.
Getty

But he trailed in sixth in the leadership contest after a stuttering campaign that was marked by rows over his past views on militant feminism and preparedness to suspend parliament to force a no-deal Brexit.

Mr Raab made much of his back-story in his leadership campaign.

His Czech-born Jewish father came to Britain in 1938 as a six-year-old refugee. He died of cancer when Mr Raab was 12 and his mother brought him up as an attendee of the Church of England. After studies, he became an international lawyer before joining the Foreign Office in 2000 as an advisor.

Mr Raab was posted to The Hague in 2003 to head a team focused on bringing justice to war criminals, including Slobodan Milosevic, Radovan Karadzic and Charles Taylor.

Mr Raab entered parliament in 2010 in the ultra-safe Conservative seat of Esher and Walton in the stockbroker commuter belt southwest of London.

He was named "Newcomer of the Year" in The Spectator magazine's Parliamentary Awards.

Our third repatriation flight from Ghana landed in London last night. Thanks to the partnership between the 🇬🇧and 🇬🇭, we have worked closely together to bring 150 British people safely home to be with their families and loved ones. @NAkufoAddo @walkeriain

He has denied claims by his former diary secretary that he insists on the same lunch every day - reportedly a chicken and bacon sandwich, a smoothie and a mixed fruit pot.

Mr Raab is married to Erika Rey-Raab, a Brazilian marketing executive. They have two young sons, Peter and Joshua.