Senegal has been rocked by its worst unrest in years, which began after opposition leader Ousmane Sonko was arrested last week.

Clashes between police and thousands of demonstrators protesting at the detention of Senegal’s most prominent opposition leader have killed at least five people since last week.

Ousmane Sonko was indicted and released on bail under judicial supervision on Monday but an opposition coalition has called for three days of protests from Monday.

The unrest is the worst in a decade in Senegal, widely seen as one of West Africa’s most stable democracies.

Here's a look at what is driving the unrest.

The demonstrations were ignited by Mr Sonko’s arrest last week, after an employee of a beauty salon accused him of raping her. Mr Sonko denies the allegation.

Many protesters see Mr Sonko’s arrest as an attempt by Senegal's President, Macky Sall, to torpedo the career of a prominent rival, not as a legitimate reaction to a credible rape charge.

Mr Sall has been accused of targeting other political rivals in recent years, prompting accusations of political interference. 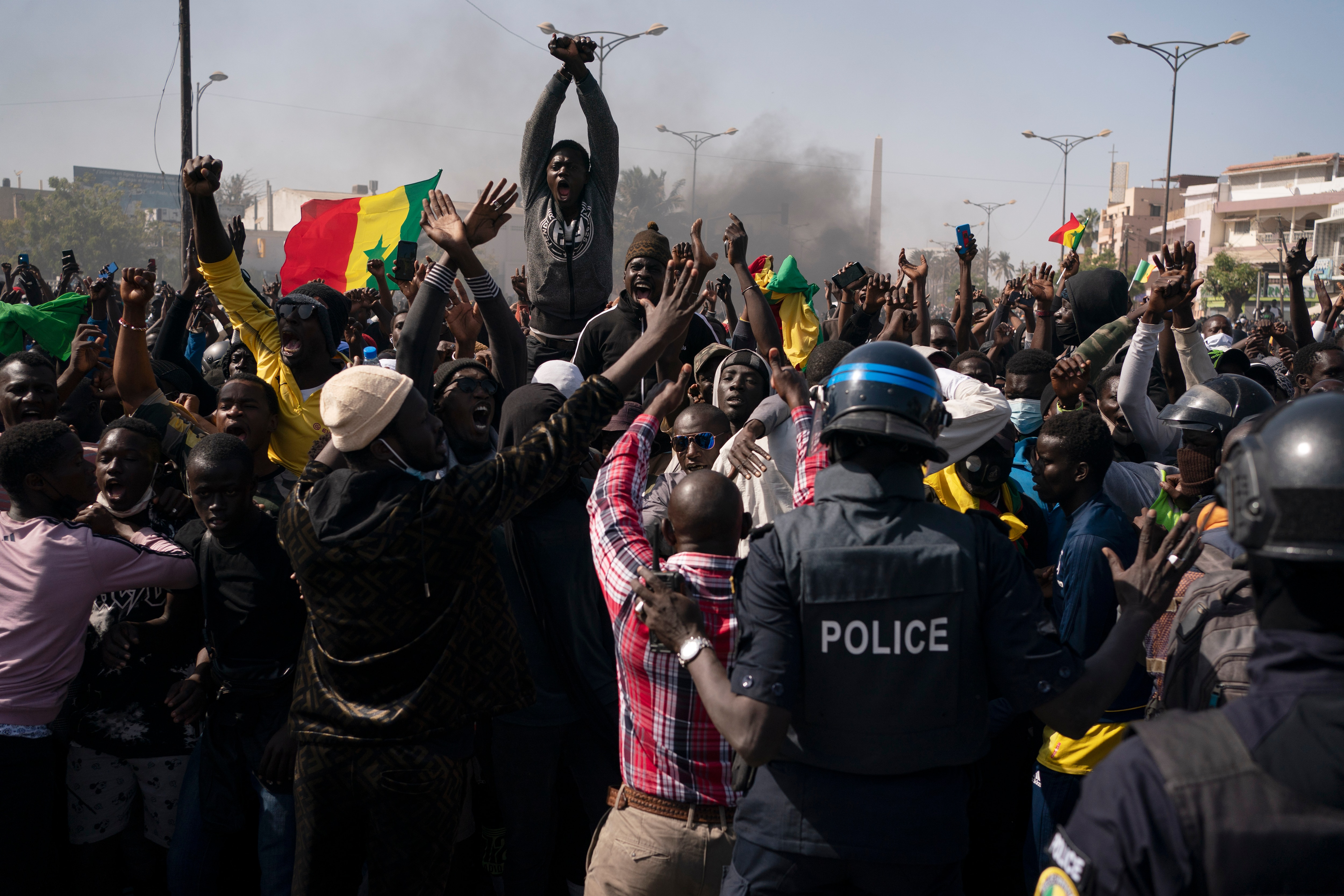 Demonstrators shout slogans in front of police during a protest against the arrest of opposition leader Ousmane Sonko, Senegal, 8 March, 2021.
AAP

The charismatic former mayor of Dakar, Khalifa Sall (no relation to the president), was sentenced to five years in jail in 2018 for embezzlement, ruling him out of the 2019 presidential race. The president pardoned Mr Sall after the election, raising suspicions that the charges were deliberately timed for the vote.

Karim Wade, the son of former president Abdoulaye Wade and a presidential hopeful himself, was jailed in 2015 for corruption, ending his political ambitions. He was also subsequently pardoned and now lives in Qatar. 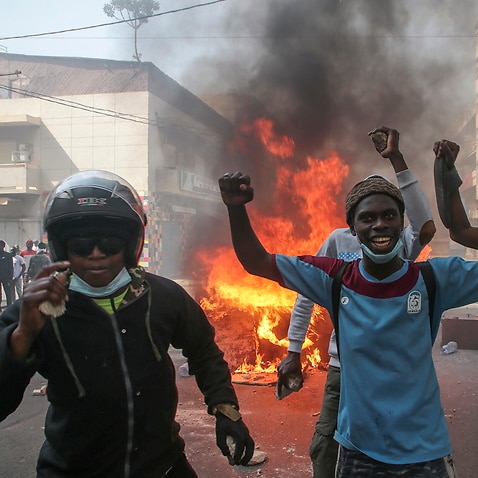 COVID-19 and the economy

Mr Sonko’s arrest has served as a lightning rod for other frustrations. Many Senegalese resent what they see as the corruption, injustice and economic imbalance caused by rapid modernisation.

The West African economy is expected to be transformed this decade by new oil and gas production. Major construction projects, including a new city outside the capital Dakar, are attracting global investment and enriching a small elite. Most Senegalese see little benefit.

Allegations of corruption surrounding the award of a petroleum license to a company run by the president’s brother triggered street protests in 2016. Many Senegalese see international corporations as the only winners.

The arrival of COVID-19 in 2020 widened the gap between rich and poor. Restrictions on gatherings and a nightly curfew have done little to stem infections, critics say, but they have strangled the informal economy that provides cash-in-hand wages to millions of people. The curfew provoked clashes between the youth and police last year.

A second wave of infections this year has prolonged restrictions and threatens to derail an economic rebound. A woman collects food and drinks from a burnt down and looted Auchan supermarket in the up-market area of Almadies in Dakar on 6 March, 2021.
Getty

Macky Sall was swept to power in 2012 on a wave of popular support. His predecessor Abdoulaye Wade’s third-term bid triggered mass protests and Mr Sall’s election win was seen as a victory for regional democracy.

Now, many protesters worry that Mr Sall will use a change in the constitution in 2016 to extend his rule into a third term. 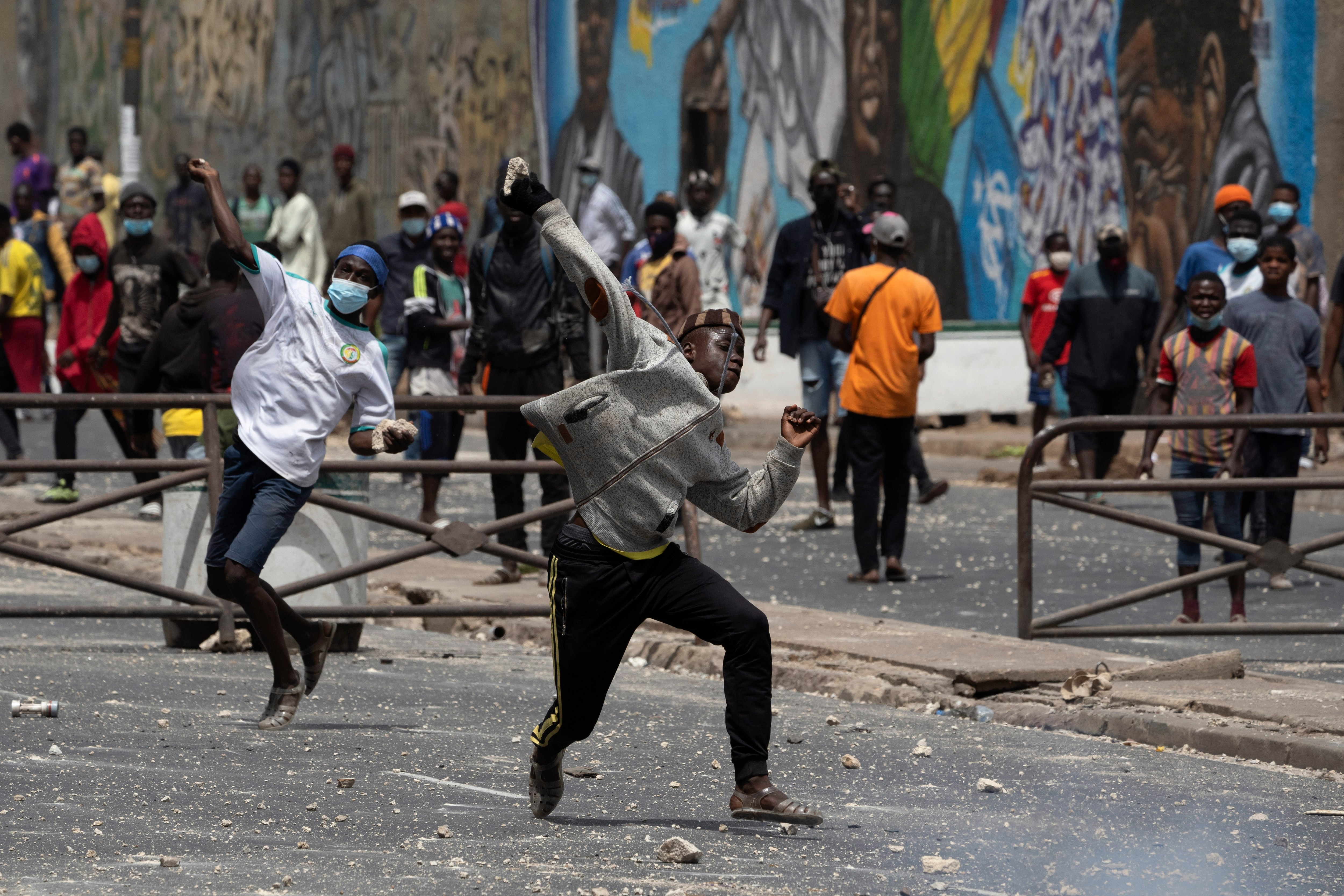 Leaders in Guinea and Ivory Coast have used constitutional changes to act as a reset button on their rule, allowing them to run again.

Mr Sall, 59, has not ruled out this option, stoking fears - and anger - that he might jeopardise Senegal’s once bright democratic future.