Americans from minority groups - many of them new to politics - have continued to slingshot into Congress in the US election. But for those considering a political career in Australia, federal parliament appears harder to crack. 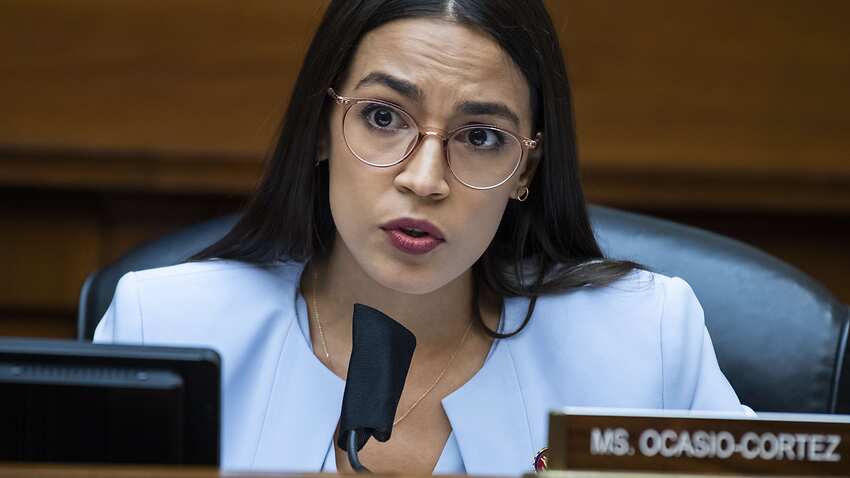 In the 2018 mid-terms, it was ‘The Squad', a group of four political newcomers - all women of colour - headlined by Alexandria Ocasio-Cortez (nicknamed AOC), a then-29-year-old waitress from New York City who unseated one of the most powerful Democrats in the country.

This year, black educator Jamaal Bowman; black, gay 33-year-old attorney Mondaire Jones; and Black Lives Matter activist and nurse Cori Bush won a seat in Congress - alongside many others - and have been tipped to make similar waves.

Emma Shortis, a US politics expert and research fellow at RMIT University in Melbourne, said there was a clear increase in the diversity of those successfully running for Congress.

“A great deal of the reason for that is because of the success of previous candidates, such as AOC, who've come into Congress and who have shown that it is possible for women and diverse candidates [to win],” she told SBS News.

Read More
Two white men headlined the US election, but this diverse group of Americans were also voted in

But, Dr Shortis said, there doesn't appear to be anyone who fits the mould of “an Australian AOC” just yet, and given Australia's political system and current landscape, there might be little chance of a similar 'squad' emerging any time soon.

You can blame the system

Australia and the US have different political structures and voting systems, and therefore, different pre-selection mechanisms.

Dr Shortis said there was one key difference in the US system when it comes to selecting candidates.

“Generally speaking, the party machinery is much less important to getting candidates up. It’s about mobilisation,” she said.

“It's not necessarily about convincing party elders, or working the internal party systems in order to get yourself up. And in some cases, there are actually open primaries, so anybody can run.”

In Australia, if a candidate wants to run for two of the major parties, they often need to "do their time" and work their way up the party hierarchy, Dr Shortis said.

Jamaal Bowman, Cori Bush and Mondaire Jones were all winners in the US election last week. Source: Instagram/jamaalbowmanny, Getty Images, The Washington Post

“Any radical positions sort of have to be watered down in order to make yourself acceptable to an existing party structure, which is lumbering and slow to move when it comes to changing policy positions in order to get to that position where you can stand as a candidate,” she said.

But that isn't the case in the US, where political underdogs and those with more radical views are more able to run campaigns the way they want.

Dr Shortis said grassroots political campaigns in the US often manage to tap into the fundraising power and mobilisation of protest and social movements - such as Black Lives Matter - faster and more easily than in Australia.

"The party systems are set up so that outsiders can challenge incumbents, and if they can bring with them the grassroots movement and voters, they can be voted in," she said.

But it's not just underdogs on the far left of the political spectrum who have successfully won seats in the US recently.

Two political newcomers who have previously expressed support for the baseless alt-right QAnon conspiracy theory - Georgia's Marjorie Taylor Greene and Colorado's Lauren Boebert - both won election to the US House of Representatives this time around.

“Even if you do seem like a quite radical or fringe candidate, if you can bring support ... then there's a clear path to Congress,” Dr Shortis said.

'Australians are deflated, not compelled'

Dr Shortis said another reason why a more diverse spread of candidates is successfully running for US Congress is because there has been more “perceived urgency” in the US over a number of years compared to Australia.

In recent years, the US has seen wildfires and extreme weather events exacerbated by climate change, massive nationwide anti-racism and police brutality protests, and school shootings.

“We've had for some time, a kind of convergence of crises around [Donald] Trump, of course, but also around climate justice and racial justice. Those things have been working at the grassroots level for a number of years in order to get candidates up for pre-selection and then elected,” Dr Shortis said.

“It also comes out of things like the [2018] Parkland massacre in the organisation that young people have been doing around mobilising young voters.”

Dr Shortis said while Australia saw an increase in youth and Indigenous mobilisation during the Black Summer bushfires and rallies against deaths in custody this year, it might take a little longer before that momentum translates to the campaign trail.

Many climate change protests in Australia have been led by young people. Source: AAP

Blair Williams, a lecturer in political science at the Australian National University, agrees.

“I think Trump has caused a massive wave of backlash of women and people of colour and queer people wanting to enter politics and change things. They've seen that threat to their own rights that we haven't really seen in Australia as much.”

When it comes to Australia's prime minister, “I think Scott Morrison is more inspiring apathy in politics rather than this threat that Trump is posing,” she said.

Read More
The 2020 Budget has been touted for young Australians, but students say one crucial thing is missing

Dr Williams also believes a lack of trust in politics might be a factor in stopping people from Australia’s minority communities from wanting to run.

"How can you trust the system if it's worked against you ... [for] decades in the case of Aboriginal and Torres Strait Islander Australians?"

"It'd be harder to trust that system, that because of the stark injustices that have happened in Australia."

You can't be what you can't see

Dr Williams said it is also difficult for younger people to see themselves in politics if they don't look up and see people like them who are already there.

“It is harder to be something when you don't see yourself represented in that area, whether it's politics, the media or anything in the public sphere,” she said.

Kamala Harris – who will become the first woman, African American, and South Asian American to be US vice president – referenced the importance of representation in her speech after Joe Biden was declared the country's president-elect this week.

"While I may be the first woman in this office, I will not be the last," she said. "Every little girl watching tonight sees that this is a country of possibilities. And to the children of our country, regardless of your gender, our country has sent you a clear message. Dream with ambition. Lead with conviction."

She paid tribute to the "generations of women – black women, Asian, white, Latina, and Native American women throughout our nation’s history - who have paved the way for this moment".

Dr Williams said political parties in Australia remain predominantly white and male, which would be “quite intimidating” for aspiring politicians who don't fit that mould.

The way women and people of colour in politics have previously been depicted in sections of the Australian media has also likely dissuaded them from wanting to enter the industry, she added.

“After seeing the onslaught of sexism that [former Australian prime ministed] Julia Gillard experienced, for example, many women have been turned off politics. We're like, ‘this is not for me- I'm not in the mood to experience this kind of sexism’. And I'm sure the same would go for people of gender and racial diversity.

“Why would you want to experience racism, sexism or homophobia as part of your work life as well?"

The now-26-year-old shot into federal parliament after Scott Ludlam was found to be ineligible to sit during the dual-citizenship crisis in 2017. He won re-election in his own right last year.

Senator Steele-John said he knew from the start that federal parliament would not be easy to navigate for someone like him.

“I was certainly aware that as a young person, as a disabled person, I would exist at the intersection of multiple layers of discrimination,” he said.

“But it didn't really concern me. I was there to raise those voices, whether or not it made the rest of the chamber feel comfortable.”

Read More
Ten years since Australia got its first female prime minister, how diverse is our parliament?

He said there are times when "things hurt and are hard" but it was important to be able to act as a representative in the corridors of power.

"It does hit you on certain days, but the trick is to get up, because at the end of the day, our perspectives, our views, the diversity and the passion and the energy that we bring, that is what is needed in [decision-making] spaces.”

Just how diverse is Australia’s parliament?

Australia's federal parliament isn't as diverse as it should be, according to Dr Williams.

“It's definitely not representative of the wider population,” she said.

But as of November 2020, women only make up around 38 per cent of the federal parliament, with 86 elected across the 227 seats in the House of Representatives and Senate.

In the House of Representatives, women sit in around 30 per cent of its 151 seats, and according to the ABC, only four per cent of MPs are from a non-European background.

In the Senate - where Dr Williams says it is “easier to elect diversity” due to the proportional voting system - the majority of representatives are women (39 women and 37 men). The Senate is also where all but two of Australia's federal Indigenous parliamentarians are.

"Most of the politicians in the House speak English as a first language, whereas a lot of Australians or their parents, either they or their parents come from overseas," Dr Williams said.

"Then if you look at sexuality and disability, it's also not that reflective there, [or] how many politicians are under 30, versus how much of the electorate that is under 30."

New Zealand elected its most diverse parliament yet last month. Women now make up around half the parliament there and roughly 10 per cent identifies as LGBTQI+.

Prime Minister Jacinda Ardern’s new 20-strong cabinet also includes eight women, five of whom are Maori, three who are Pasifika and three who are openly LGBTQI+. All, she said, were selected “on merit”.

According to an Essential Research poll commissioned for SBS News prior to last year’s federal election, 71 per cent of Australians believed the country would benefit from a greater representation of under-represented groups in parliament.

Senator Steele-John said he would like to see more young Australians and people from minority groups in politics and he had one word of advice for any thinking of making a tilt.