The revelation that the development of an Australian vaccine would be halted because it returned a false positive for HIV will come as a surprise to many.

The University of Queensland and biotechnology company CSL halted trials of a COVID-19 vaccine candidate after participants returned false-positive results for HIV.

There are concerns it may fuel vaccine hesitancy, or worse, embolden anti-vaccination proponents.

But experts say there’s no cause for concern, and rather, it’s even a promising sign that Australia's regulatory system is doing its job.

Does this vaccine cause HIV?

No. The University of Queensland and CSL researchers have stressed that there is no possibility the vaccine caused HIV infection. They simply returned test results - or so called false positives - that wrongly indicated they had HIV.

Participants of the trial had routine follow-up tests that confirmed no HIV infections.

Infectious diseases expert Sharon Lewin said it's impossible for the Queensland vaccine to cause HIV infection.

“The vaccine does not contain HIV, it contains a small part of an HIV protein to create the molecular clamp,” Professor Lewin, a director of the Peter Doherty Institute, told SBS News. 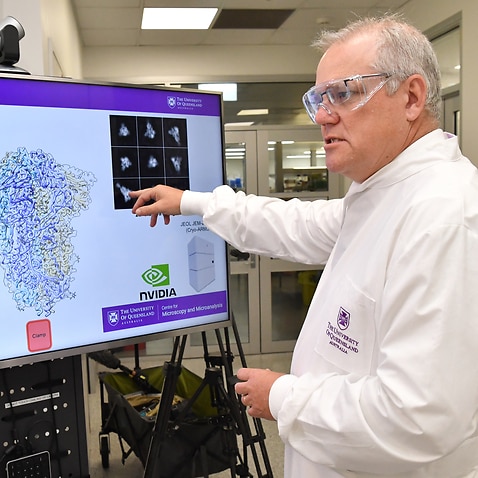 “When you have an HIV test, we're not looking for the virus, we're looking if the body responds or not. And so in this vaccine, the participants made an immune response to this very small part of the HIV virus that's part of the molecular clamp. There is absolutely no HIV virus in the vaccine, so they're not infected.”

Up until now the vaccine candidate had shown promising results.

Most of the reported side effects related to the vaccine were about headaches or soreness around the injection site.

Such symptoms are common in most vaccines. In fact, 85 per cent of participants in the trial who received two doses of the vaccine had a better immune response than a recovered patient with COVID-19.

So what went wrong?

COVID-19’s “spike protein”, like most surface viral proteins, is unstable and needs to be locked into shape with a “clamp” to ensure it provides the right immune response.

The clamp that provides the greatest stability and the one that was used in this vaccine were fragments of a protein found in HIV. On its own this clamp is completely harmless.

“[The clamp] causes absolutely no health problems to the individual, it does not mean they're infected with HIV,” Professor Lewin said.

The participants were informed that vaccine induced antibodies might be detected and it was included in their consent forms.

So if it was safe, why abandon it?

It’s all about confidence.

Professor Lewin said implementing the vaccine down the track would be very difficult in Australia and developing countries.

“That's why whenever you're developing a drug or vaccine you have these certain no-go points where you have to decide, the next level of development is going to cost an enormous amount of money, is everything looking perfect to go to that next phase? And it was decided that, because of this issue, it would not receive it to go to the next phase.” 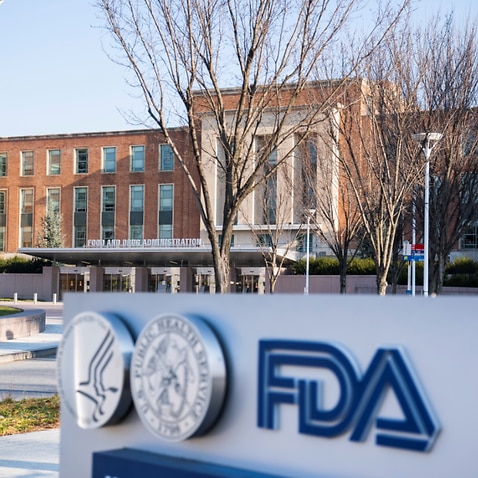 US panel of experts endorses the Pfizer-BioNTech coronavirus vaccine

What does the vaccine’s failure mean?

For some, this development can be viewed as a success.

“What's important isn't so much that it didn't work. What's important is that the researchers didn't try to push things into a realm in which it was unsafe,” Dr Diego Silva, a bioethicist at the University of Sydney, told SBS News.

“There were checks and balances that were being followed. That's the right thing to do, to set up safety measures.

“This happens all the time in medical research, we just usually don't hear about it.”

Other vaccine candidates are likely to fail too. It’s all part of trial and error.

For this reason the government has secured multiple types of vaccine candidates.

“Many vaccines will not get all the way through to these big trials, let alone the big trials showing efficacy,” Professor Lewin said.

“I suspect we will see many other vaccines, not proceeding through all phases of development for a whole range of different reasons - this is an unusual one but it makes a lot of sense.”

Australians obviously won’t be administered the UQ-CSL vaccine. The federal government today announced it had terminated its agreement to buy 51 million doses and would instead boost its supply of two other vaccines being developed by AstraZeneca and Novavax.

It’s understood the clinical trial of this vaccine candidate is not stopping but the future development of the vaccine will not proceed.

"Without the tick there's no jab," he said.

"We're on track. The system's working as it should and Australians are protected, as always."