Black Friday is America's biggest annual shopping day with almost one in three people heading out for a bargain.

The popular event follows Thanksgiving Day and is touted as the start of the Christmas shopping season.

It is named 'Black Friday' as retailers hope after a hard year, the sales will help them boost sales and shifting their bottom line into the black.

And the US event is slowly catching on in Australia, according to social researcher Mark McCrindle.

A quarter of Australians have never heard of Black Friday, meaning opportunities for retailers. 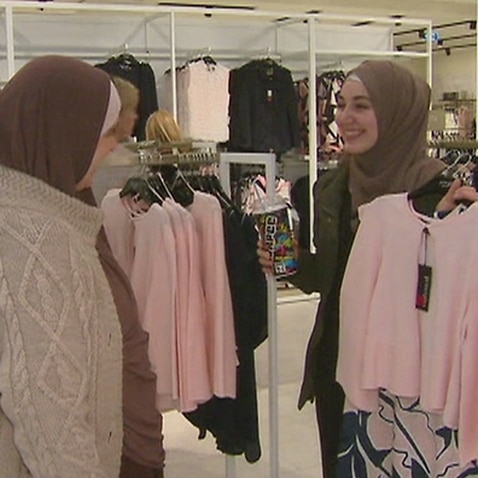 "If you look at US growth, Australia's got massive growth potential for Black Friday and it's going to be a big boom for retailers," Mr McCrindle told SBS World News.

Melbourne-based designers Kylie Lee and Xenia Buman, who own kids streetwear brand Lil'MR that has been running for three years, are about to take part in the Black Friday sales for the first time.

"With internet shopping becoming bigger than ever and it becoming easier than ever to buy from international stores, we believe that Australians will increasingly look to snare a bargain in the Black Friday sales, and that's why we're coming on board this year," co-founder Ms Lee said.

About 90 per cent of Lil'MR's sales are made online with 80 per cent from Australia.

"Australian consumers are becoming increasingly aware of the Black Friday retail phenomenon, so it's basically to meet those needs within Australia and to keep some of those sales local as well as to meet international needs," Ms Lee said.

Co-founder Ms Bumas says their strategy is to cut the price on their most popular product, and offer free worldwide postage and gifts with purchase. "Sales have been volatile generally in the industry and there has been a bit of a lull in the last month of two sales, perhaps everyone is waiting for Black Friday sales," she said.

If consumers are waiting, Finder.com.au insights manager Graham Cooke says Black Friday could be lucky for some.

"We'll see discounts on Black Friday of up to 70 per cent but obviously they are going to be few and far between," Mr Cooke told SBS World News.

Department stores will do battle with smaller retailers - with clothing and accessories likely to see the biggest reductions.

"This is an area which has been slow in retail growth recently. We'll see discounts in other areas as well, travel deals of 30 per cent, but generally the average discount you'll find across the market will be 10 to 15 per cent or more," Mr Cooke said.

"The big thing here with buying overseas is to keep an eye on the details for the products, especially with electronics. For example some items might come with an international plug which means you need to get an adapter in Australia."

Warranty and returns policies also need to be observed.

Online marketplace and retailer Amazon is still yet to confirm its start date in Australia despite speculation it may begin with soft launch on Thursday.

Ms Buman says she will be taking it as it comes and is optimistic.

"It's hard to tell from now. Obviously they (Amazon) haven't launched yet. We'll research what they're going to provide and change our business model accordingly if we need to to stay competitive," she said.

"That point of difference is providing personalised customer service, really unique designs that are forever evolving and changing. So our customers are very loyal and come back to us.

"We don't think that Amazon is going to be a threat from that side of things."