The winners of the 2019 SBS National Languages Competition have been announced and honoured at a ceremony in Sydney.

The winners of the 2019 SBS National Languages Competition have been announced at a ceremony in Sydney.

The competition, run by SBS Radio and which aims to celebrate language learning across Australia, received nearly 3,600 entries.

Australians of all ages were asked to submit images and text describing how learning a language positively impacts their lives.

Adam, whose parents are from Lebanon and Egypt, said he has been speaking Arabic and English since he was born. 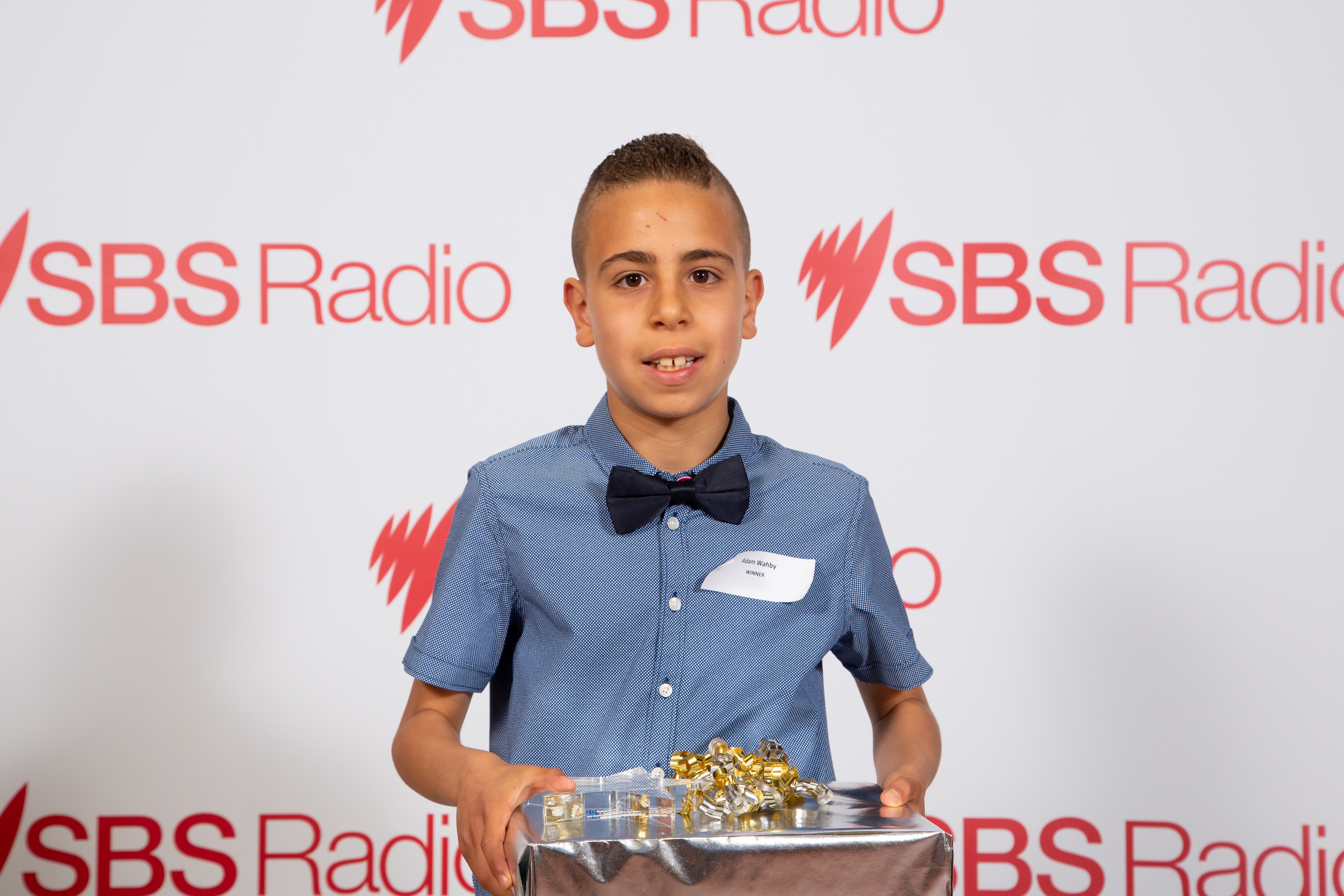 He impressed judges with his drawing, which the said illustrated how learning a new language connects the past to the present and future.

"I wanted to learn Arabic because I actually enjoy Arabic. I enjoy doing role plays with my friends and dialogues," Adam said.

Felicity Nop took out the prize in the Age 13-15 category for her efforts to learn French.

Felicity was born in Australia to parents from Cambodia.

Her father lived in France for several years, which prompted her interest in the language. "I've only been there once but I could not speak to anyone because none of them spoke English and I really wanted to be able to talk to them," she said.

"It's a very fun language to learn."

Lidia Veljanovski won the Age 18+ category, learning Macedonian in order to better communicate with her grandmother.

In the United Nations International Year of Indigenous languages, the competition also received more submissions from Aboriginal and Torres Strait Islander languages than ever before.

Mandi Wicks, SBS Director of Audio and Language Content, said the competition was thrilled to be promoting Indigenous languages.

"We were very excited this year to have 14 Indigenous and Torres Strait Islander representatives in the languages," she said.

"As the most multilingual broadcaster in the world, we wanted to support that." The fight to keep Australia’s Indigenous languages from disappearing forever

The competition received entries from all states and territories, spanning 96 languages, including Indonesian, German, Japanese and Auslan.

More than one-fifth of Australians speak a language other than English at home, according to the Australian Bureau of Statistics.

After English, the most common languages spoken are Mandarin, Arabic, Cantonese, and Vietnamese.

Tasmania has the highest rate of people speaking only English at home at 88 per cent, while the Northern Territory has the lowest rate at 58 per cent. "There is the early language learning program (Early Learning Languages Australia) which is encouraging young people to learn languages in 13 different languages from foundation right the way up to year 10," he said.