With homophobia rising, the EU launches a new strategy to protect LGBTQI+ rights 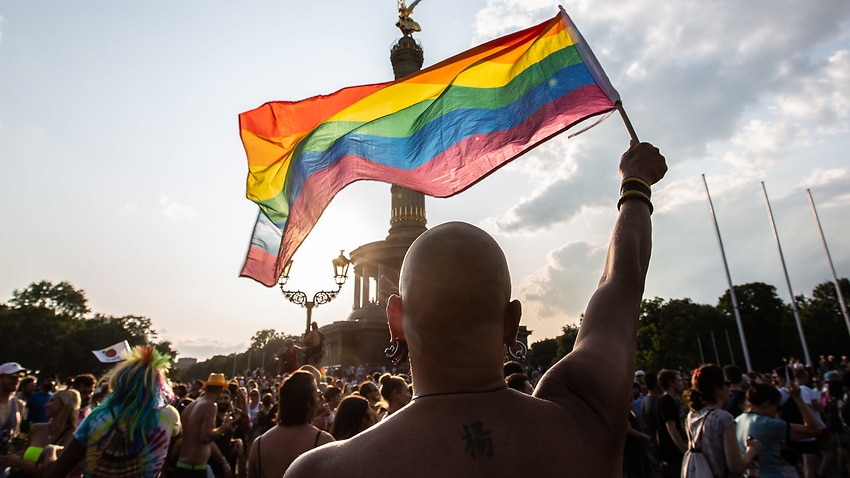 The European Union’s executive commission launched its first strategy to protect the rights of LGBTQI+ people on Thursday, a challenge to right-wing governments in Poland and Hungary that have become increasingly homophobic in the past year.

The commission said LGBTQI+ people were facing growing discrimination in Europe, even as most people in the bloc were becoming more accepting of gay rights.

“We will defend the rights of LGBT people against those who now have more and more appetite to attack them from this ideological point of view,” EU Commission Vice-President Vera Jourova told a news conference. “This belongs to the authoritarian playbook and it does not have a place in the EU.”

According to survey figures cited by the commission, 43 per cent of LGBTQI+ people last year said they felt discriminated against, up from 37 per cent in 2012. That increase came even though 76 per cent  of EU citizens said lesbians, gays, and bisexuals should have equal rights to heterosexuals, up from 71 per cent in 2015.

“It’s 2020, and hate and discrimination of people from sexual minorities really does not belong to Europe,” Ms Jourova said.

The new strategy comes as right-wing governments in some former Communist eastern EU member states have made campaigning against gay rights a central part of their ruling ideology.

Ahead of his re-election earlier this year, Poland’s President Andrzej Duda campaigned against an “LGBT ideology” he branded more destructive than communism. He has pledged to ban teaching of gay rights in schools.

This week, Hungary’s right-wing government proposed a constitutional amendment to require children to be brought up with a “Christian” interpretation of gender roles, and a law that would effectively ban adoptions by same-sex couples.

Read More
In a new squeeze on LGBTIQ+ rights, Hungary tightens its constitutional definition of gender

“Family law is member states’ competence, we fully respect it,” Ms Jourova said. “However, when applying national law, member states must respect their international human rights obligations and applicable EU law. Member States should also respect the fundamental values on which the Union is based, including equality and human rights.”

Earlier this year, the commission cut EU funding to some Polish towns that declared themselves “LGBT-free zones”. The Polish government compensated the towns.

“We can never accept LGBT-free zones because they are, actually, humanity free zones,” EU Commissioner for Equality Helena Dalli told the news conference.

Ms Jurova and Ms Dalli made clear the EU would not fund any projects that did not respect LGBTQI+ rights.

The commission has proposed including homophobic hate crimes in a list of so-called “Eurocrimes”, major offences such as terrorism and human trafficking, for which the EU can set minimum rules. That would require unanimity among EU members.

The EU strategy would also seek to ensure that the legal status of relationships in families that include LGBTQI+ people cannot be revoked when they cross borders.