At least two migrants died and around 25 others were missing after their inflatable boat capsized off the western Libyan coast.

A woman and baby drowned Sunday off the Libyan coast, while up to 25 migrants remain missing after their engine was stolen and their boat sank, the coastguard said.

Their bodies were recovered while the 73 other migrants were rescued after fishermen alerted the Libyan coastguard, said spokesman Ayoub Kacem.

The group had been left without an engine after it was stolen at sea by unknown assailants, he added.

🚨 Update : According to IOM doctors onsite: migrants reported over 95 were on the boat before it capsized, among them were women and children. Two bodies have been retrieved and 73 migrants have so far been rescued. pic.twitter.com/qykgQ4S0OZ

The dinghy was drifting some 14 nautical miles from Garabulli, east of the capital Tripoli, when it started taking on water and ultimately sank. 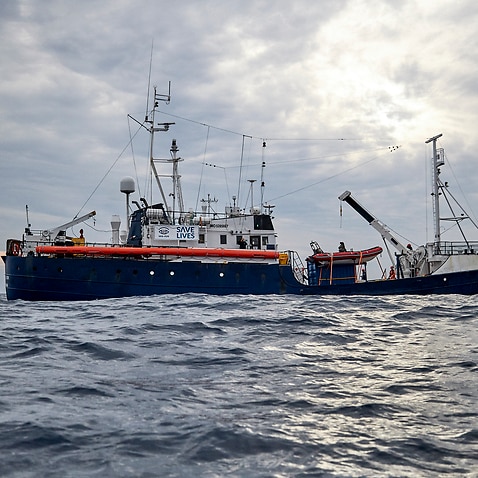 Forty men, 25 women and eight children were saved and taken to a centre in the Tripoli suburbs, Kacem said.

The survivors, some of whom were injured, come from Ivory Coast, Kenya, Nigeria and Sudan.

#Libya Coast Guard rescued 73 migrants (40 men, 25 women and 8 children) and recovered bodies of a woman and a kid after their boat capsized off Qarabulli town east of #Tripoli on Sunday. Around 25 others are still missing. pic.twitter.com/py30Fa6dPL

Between 80 and 100 people were on board the dinghy, leaving up to 25 missing, according to a separate coastguard statement citing survivors' testimony.

Libya, which has been mired in chaos in recent years, is a key departure point for migrants hoping to reach European shores.

Nearly 20,000 people have crossed the Mediterranean Sea so far this year, while more than 500 are dead and missing, according to the United Nations refugee agency.

🚨 A boat was drowning this morning off the shores of Garabulli, east of Tripoli, & local fishermen responded to the rescue call and disembarked survivors. Accounts of injured and missing persons.

UNHCR’s partner IMC has been alerted and is assisting the survivors. 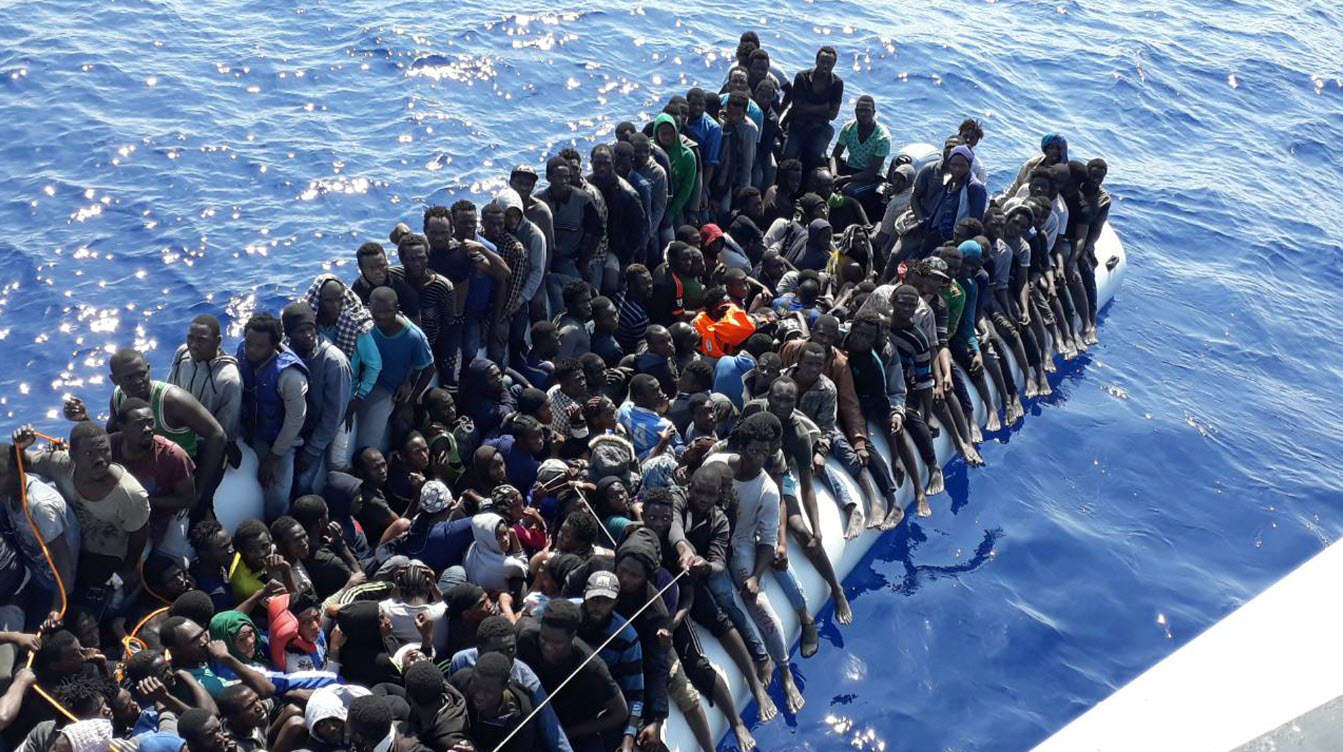 File image of migrants on a ship used by the United Nations to warn of dangerous crossings.
AAP

There has been a significant drop in the numbers reaching Italy, following a controversial deal signed with Libya and Rome adopting a hardline migration stance.

Kacem said the "efforts of the Libyan coastguard have allowed a fall of more than 75 percent of the number of departures of migrants" from the country's shores.

The change has let to "far fewer shipwrecks and victims at sea," he said.