Three women who fled Vietnam, only to be sent back by the Australian Government, have again fled their homeland, as Vietnamese authorities "strictly punish" the 'unauthorised exit of country'.

A group of Christian women and children who were returned to Vietnam by the Australian Government in 2015 are now seeking asylum in Indonesia, after a fleeing their home country for a second time in a bid to avoid persecution by Vietnamese authorities.

One of the asylum seekers told SBS News by phone that local fishermen rescued the group of 18, which included 12 children, after their boat broke down without anchor off the coast of Java on Friday.

The group had spent 12 days at sea, after leaving their home town of La Gi shortly after the Vietnamese New Year, known as Tet, in a small fishing boat without proper navigational equipment.

At least three of the women on board - Tran Thi Thanh Loan, Tran Thi Lua and Nguyen Thi Phuc - were among a group of 46 asylum seekers who were returned to Vietnam by the Australian Government in 2015.

The original group of 46 were held by the Australian Navy at sea for more than a month before being returned to Vietnamese authorities, a detail not revealed until a Senate estimates hearing in late May, 2015.

Some of those who were returned were later handed jail terms by Vietnamese authorities, who accused them of leaving the country without official approval. Tran Thi Thanh Loan and children after losing an appeal on her case, July 2016.
Supplied

The charges were brought despite Australian and local officials reassuring the group that they would not face retribution after their return in 2015.

The commander of Operation Sovereign Borders, Major General Andrew Bottrell, told a Senate estimates hearing at the time that Australian officials had been given assurance from Hanoi that "there would not be any retribution for their illegal departure from Vietnam".

Judge Pham Thai Binh, who presided over the case in La Gi People’s Court, dismissed assertions that any such reassurance had been made in a criminal trial the following year.

Following the group’s arrival in Indonesia, the La Gi court issued an order for Loan to appear within the next seven days.

Told not to speak out

Loan was part of a group who were returned to Vietnam following a mammoth turn-back operation on the HMAS Choules.

She told SBS News by phone that she fled Vietnam for a second time after learning that her husband had been poorly treated in jail after being charged with organising the 2015 trip, believing a similar fate awaited her on entering prison once her bail expired in August.

“Every time I went to visit him, I would see ambulances taking prisoners out from the jail,” Loan said. “They’ve been withholding his medication from him. Swelling from high blood pressure has made it impossible for him to move around.”

Loan’s husband, Ho Trung Loi, has been in prison for 20 months. 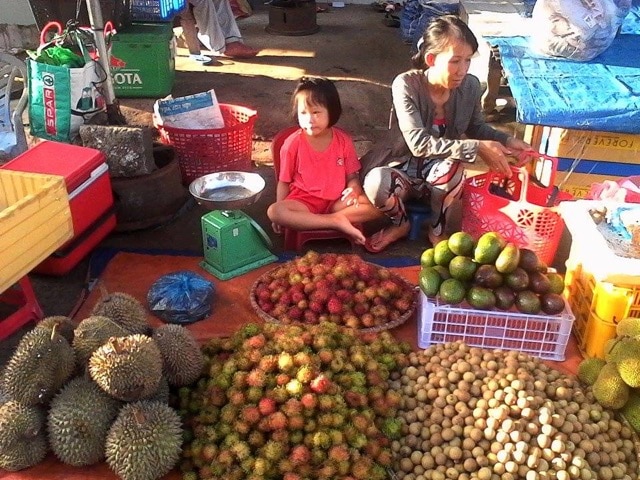 Loan said she, Lua and others had been victimised by Vietnamese authorities since being repatriated by the Australian Government in 2015.

“The local chief of police, Major Bui Thanh Truc, told me not to speak to any foreign media,” Loan said. “He told me I will get what my husband got once I am in that prison.”

Vietnamese state media said authorities there would be launching a new criminal investigation into the group for leaving the country without official permission.

The People’s Committee of Binh Thuan province instructed border guards and local police to "strictly punish" those who organise people to illegally go abroad by sea, an online statement read.

Families in Vietnam under surveillance

Speaking via phone, a family member still in Vietnam said plain clothes and uniformed police had come looking for the women every day since Tet, and feared the women would face severe repercussions if they were repatriated a second time.

“We had no idea they planned on leaving again,” the family member said.

“The reason they left isn’t economic. Their husbands are in jail, and they’ve been terribly treated in there. The same fate awaits the women once their bail term ends.”

The family members that remained in Vietnam were under constant surveillance by local security forces, where officers were deployed to watch their neighbourhood in La Gi last week.

“Security agents have come round to our homes to ask about our relatives every day,” the family member said. “There are uniformed and plain clothes police watching our neighbourhood, and watching the street stalls where we work. They keep asking us if we know where they are.”

The women’s Vietnam-based lawyer, Vo An Don, said that if they were turned back a second time, they would commit suicide rather than face prison in Vietnam.

"If they are sent back, Loan will get seven years in jail, and Lua will be jailed for six years," he told SBS News.

"They told me they would rather throw themselves into the sea rather than be sent back again."

'That’s what is waiting for them in jail'

The 2016 “unauthorised exit of country” charges were handed down by a court in Binh Thuan province, despite assurances given to Australian immigration officials from Vietnam that the group would not face prosecution following their repatriation via HMAS Choules.

The trial took place amidst allegations that local Communist Party authorities had intervened to make sure the asylum seekers were heavily punished.

"The fact that the Township Administration instructed the judicial authorities on the trial is completely against Vietnamese law."

A Melbourne-based labour activist who had been speaking with the women in recent months, Trung Doan, from VOICE Australia, said that the asylum seekers had been threatened with violence as they prepared to face prison.

"Lately they've been expressing fears that they will be bashed in prison for speaking out about this," Doan told SBS News via phone. "Officials have told them that's what is waiting for them in jail."

La Gi is home to a large community of Catholic Vietnamese from the country’s north, who fled to southern Vietnam after the war.

Minority Christian groups, especially Protestants from hill tribe communities, often face persecution by Vietnamese authorities, where the Communist Party has ruled since the fall of Saigon in 1975. 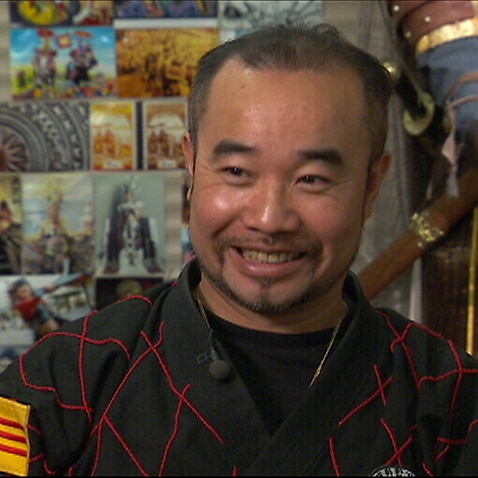 ‘For three days, we were hiding from the Thai pirates’: Trung Ly’s journey to Australia 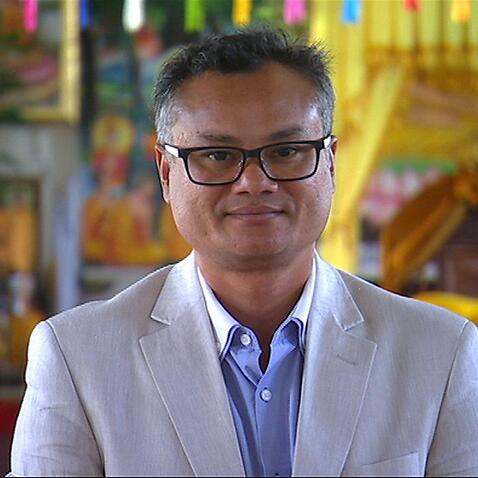