All but two of 19 babies that survived an attack on a maternity hospital have been left without a mother.

Volunteers have stepped in to breastfeed babies whose mothers were killed in an attack on a maternity ward in Kabul.

Gunmen disguised as police attacked a hospital in the Afghan capital on Tuesday, killing 16 people including two newborn babies from a maternity clinic run by the international humanitarian organisation Doctors Without Borders.

Nineteen newborn babies who survived the attack were evacuated to the Ataturk Hospital in Kabul. The mothers of all but two of them were killed.

That's prompted some women to volunteer to breastfeed the babies. 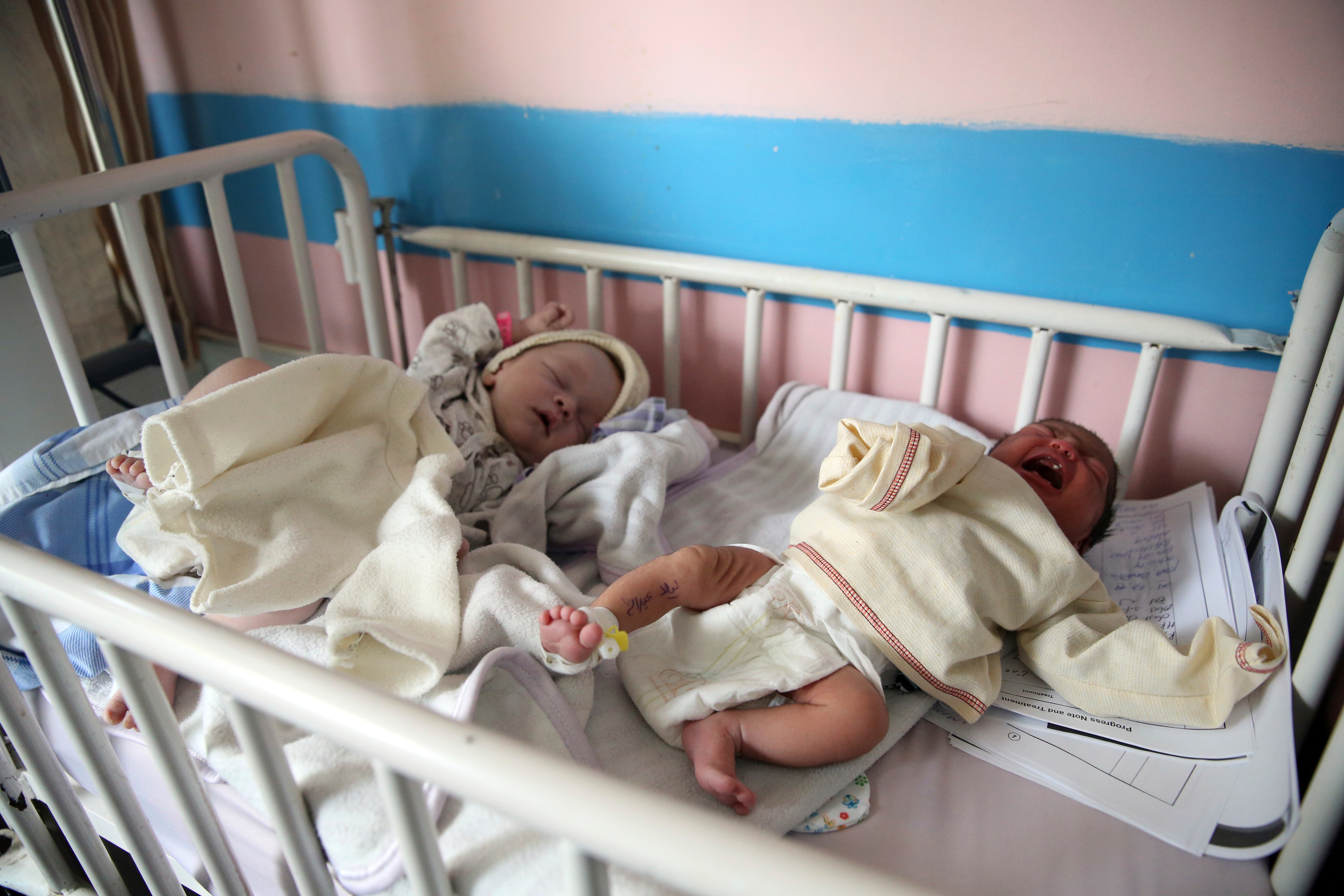 Newborn babies lie in their beds at the Ataturk Children's Hospital.
AAP

''I have come here today to breastfeed these babies because they lost their mothers in the bloody attack," volunteer Aziza Kermani said.

"I have a 4-month-old baby whom I left at home and came here to give them a mother's love by breastfeeding them. I'm truly devastated that this crime was committed against our children.''

There was no immediate claim of responsibility for the attack. The Taliban, Afghanistan's main Islamist insurgency group which says it has halted attacks on cities under a US troop withdrawal deal, denied involvement in both.

The Kabul attack began in the morning when at least three gunmen wearing police uniforms entered the Dasht-e-Barchi hospital, throwing grenades and shooting, government officials said. Security forces had killed the attackers by the afternoon.

Interior and health ministry officials said mothers, nurses and children were among the dead and wounded.

The neighbourhood is home to many of Afghanistan's Hazara community, a mostly Shia Muslim minority that has been attacked by Sunni militants from Islamic State in the past, including at a March ceremony commemorating the death of one of its leaders.

The violence, as the country battles the coronavirus pandemic, risks derailing movement towards US-brokered peace talks between the Taliban and an Afghan government long sceptical of the insurgents' renunciation of attacks.

President Ashraf Ghani condemned the attacks and said he had ordered the military to switch to offensive mode rather than the defensive stance it had adopted as the United States withdraws troops and tries to broker the talks.

The US negotiator on Afghanistan blamed the Islamic State group for the shocking attack on the maternity hospital as he urged the government and Taliban to stick to the faltering peace process.

Zalmay Khalilzad said the US government had assessed that the Islamic State in Khorasan, the Afghan branch of the extremists, carried out Tuesday's dual attacks on the Kabul hospital and on a funeral in eastern Afghanistan.

The Islamic State group "opposes a peace agreement between the Islamic Republic of Afghanistan and the Taliban, and seeks to encourage sectarian war as in Iraq and Syria," Khalilzad wrote on Twitter. 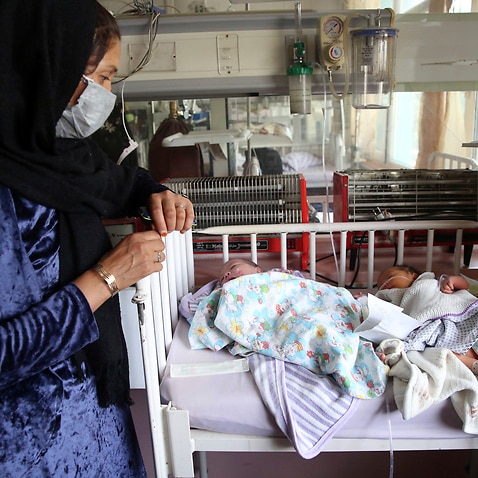 "Rather than falling into the ISIS trap and delay peace or create obstacles, Afghans must come together to crush this menace and pursue a historic peace opportunity," he wrote.

"No more excuses. Afghans, and the world, deserve better."

The Islamic State group claimed responsibility for the funeral bombing, which killed 32 mourners, but no group has taken credit for the assault on the maternity hospital. 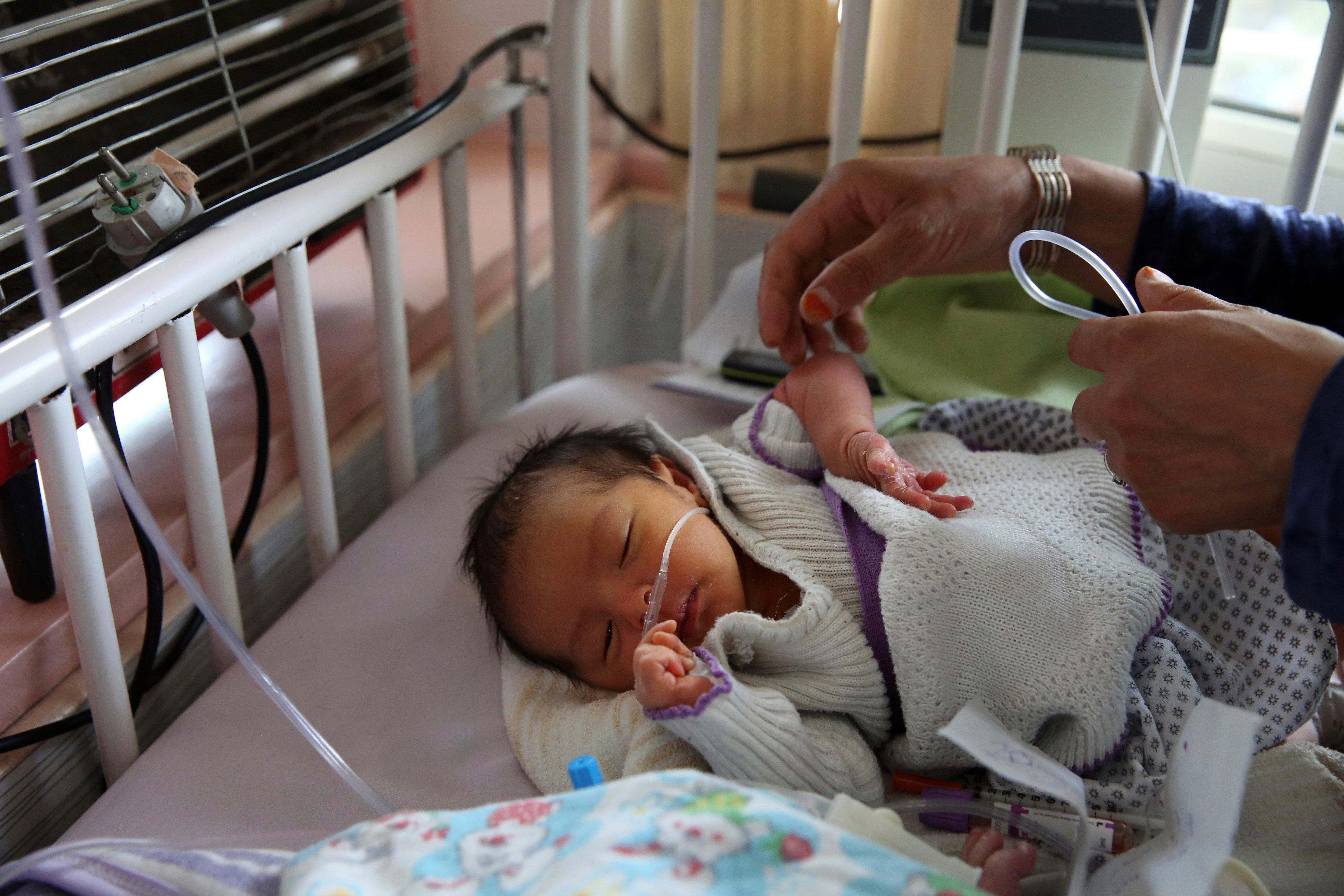 A newborn baby lies in its beds at the Ataturk Children's Hospital.
AAP

The government, hoping to pave the way for peace talks with the Taliban, had been observing a unilateral policy of only responding defensively when attacked.

The insurgents on 29 February signed an agreement with the United States, which has begun withdrawing troops as part of President Donald Trump's hope to end America's longest-ever war.

The Taliban imposed an austere brand of Islam over much of Afghanistan from 1996 to 2001 and welcomed Al-Qaeda but have increasingly jostled for influence with the Islamic State group.

In making a deal with the United States, the Taliban agreed to oppose foreign extremists and not attack Western troops, although they have kept up violence against Afghan forces.

Afghanistan's intelligence agency has linked the Islamic State group to the Taliban-linked Haqqani network, which the United States considers a terrorist group.