A staff member at Brisbane's Youth Detention Centre in Wacol has continued to work while suffering from the coronavirus. 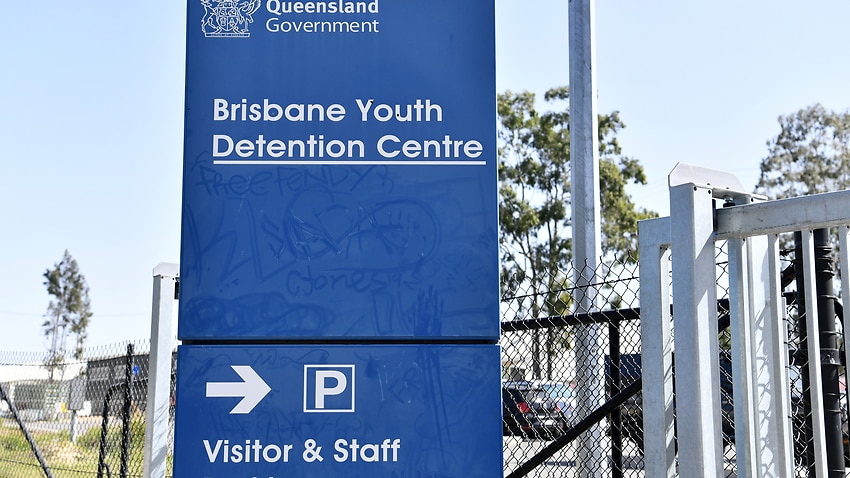 The entry to the Brisbane Youth Detention Centre is seen in Brisbane. Source: AAP

Health authorities are scrambling to trace the origins of a community coronavirus infection in Brisbane as Queensland's premier again came under pressure to relax the state's hard border lockdown.

Annastacia Palaszczuk said a staff member at Brisbane's Youth Detention Centre in Wacol had continued to work while suffering from the virus.

"What you're going to hear today is a story of a woman who was sick and still went to work," Ms Palaszczuk told reporters on Thursday.

"It is really important ... that if you are sick you must stay at home. Now a whole lot of contact tracing has to happen."

The Ipswich woman in her 70s worked five shifts while she was symptomatic.

Director General of Youth Justice Bob Gee said the facility and its 127 young residents were in lockdown.

"We will have support for them for as long as it takes for health to move through and do what they need to do, in terms of checking."

All the children and 500 staff employed by the facility will have to undergo testing.

The centre will not be taking new admissions and all face-to-face visits and court appearances have been cancelled.

Mr Gee said he understood the staff member, who is a supervisor, worked mainly in the operations centre and had limited contact with "only a very small number of young people".

So far three of her close contacts have tested negative.

The case is the only one recorded in Queensland on Thursday with eight active infections.

It comes as Qantas chief Alan Joyce took a swipe at the premier over her decision to keep Queensland's borders shut.

The airline reported a massive 91 per cent write down for the 2019/20 financial year.

Mr Joyce has urged national cabinet to agree to a set of guidelines surrounding the opening and closing of state borders based on medical advice.

"At the moment it's not clear what those rules are," he told reporters on Thursday.

"It's a problem for all business. And eventually it's going to be a big problem for the economy."

Mr Joyce has also written to premiers seeking industry assistance, saying it is state decisions on borders adding to the airline's woes.

But Ms Palaszczuk said the national strategy should focus on Victoria getting its cases down so the whole country could reopen.

Qantas was "free to operate" within Queensland and other states where borders are open to interstate travel, she said.

"We have to protect Queenslanders."

Meanwhile, a health alert remains in place after a woman who stayed in Brisbane tested positive on returning to Japan.

She arrived in Australia in mid-July and quarantined in Sydney before coming to Brisbane.

A notification alert is active for Virgin flight VA962 from Brisbane to Sydney on August 17 and for anyone at The Jam Pantry cafe at Greenslopes on August 16.

The woman tested negative twice while in quarantine in NSW but was positive to a swab on arrival in Japan on August 18.

Contact tracing continues and those on the flight or who dined at the cafe have been told to monitor for symptoms and get tested if any develop.