The world is losing the battle against climate change warns French President Emmanuel Macron, in a bid to re-energise global efforts to combat it.

French President Emmanuel Macron has a bleak assessment on the global fight against climate change, saying: "We are losing the battle".

"We're not moving quickly enough. We all need to act," Macron told world and business leaders at the Paris One Planet conference on Tuesday.

He is trying to breathe new life into a collective effort weakened by President Donald Trump pulling the US out of an international accord brokered in the French capital two years ago. 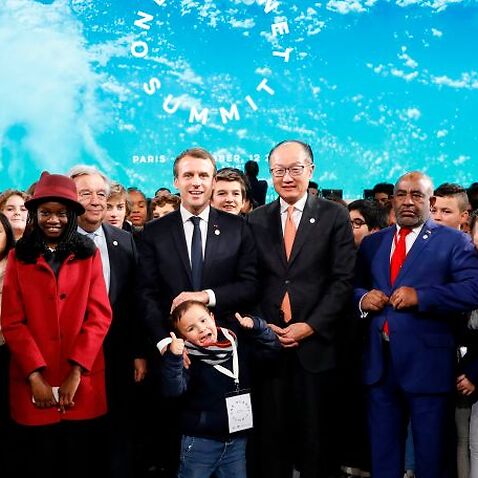 What are the climate commitments at the 'One Planet Summit' in Paris?

Modern-day science was revealing with each day the danger that global warming posed to the planet, he said.

The conference is focusing on how public and private financial institutions can mobilise more money and how investors can pressure corporate giants to shift towards more ecologically friendly strategies.

More than 200 institutional investors with $US26 trillion ($A36 trillion) in assets under management said on Tuesday they would step up pressure on the world's biggest corporate greenhouse gas emitters to combat climate change.

That, they said, would be more effective than threatening to pull the plug on their investments in companies, which include Coal India, Gazprom, Exxon Mobil and China Petroleum & Chemical Corp. 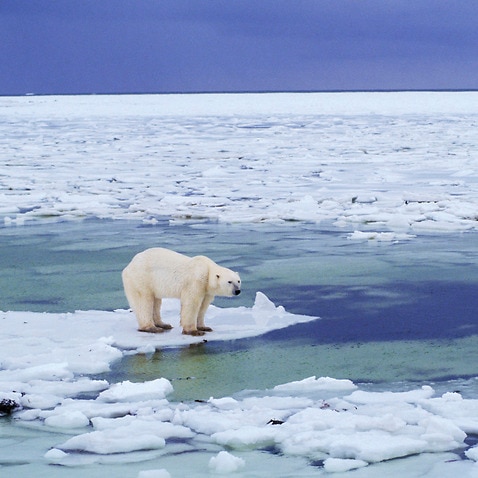 Warming Arctic is 'new normal', will affect us all: report

Separately, European Commission Vice President Valdis Dombrovskis said the executive was "looking positively" at plans to reduce capital requirements for environmentally-friendly investments by banks in a bid to boost the green economy.

Some 50 world leaders and ministers are in Paris, including Mexican President Enrique Pena Nieto and leaders of states at the sharp end of climate change such as Chad, Bolivia and Haiti.

The United States has sent only an official delegation from the Paris Embassy, but screen superstars Leonardo Di Caprio and Arnold Schwarzenegger and California Governor Jerry Brown, leader of the world's sixth largest economy, are championing more action.

In a pointed piece of timing, Macron used the eve of the summit to award 18 grants to foreign climate scientists, most of whom are currently US-based, to come and work in France.

14 hours ago My Australia