Animal welfare groups are calling for koalas to be listed as endangered species as research suggests that their numbers have declined by half in Queensland and New South Wales since 2001. 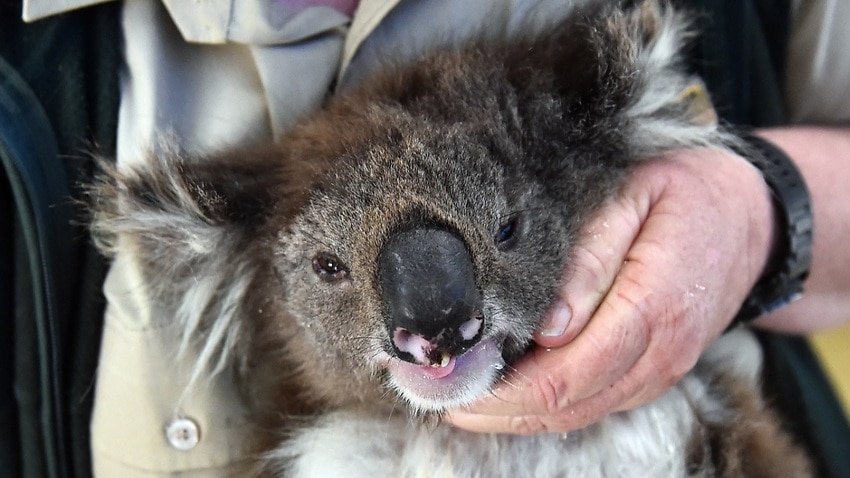 A female koala is seen at Jirrahlinga Koala and Wildlife Sanctuary at Barwon Heads south of Melbourne. Source: AAP

Three animal welfare organisations have called on the federal government to raise the threat level for koalas from 'vulnerable' to 'endangered' in Queensland, New South Wales and the ACT.

The call comes as a report commissioned by the World Wide Fund for Nature-Australia (WWF-Australia) found that Queensland’s koala population has declined by at least 50 percent since 2001.

Numbers declined between 33 per cent and 61 per cent in New South Wales during the same period, a parallel investigation from the International Fund for Animal Welfare found. Estimates suggest that 6,382 died during the 2019-20 bushfire season.

WWF-Australia data suggested that in Queensland during the four months leading up to December, a minimum of 672 koalas were killed, while the marsupial appears to be "functionally extinct" in the state's Mitchell Grass Downs bioregion.

Drought and deforestation, along with the bushfires, were the main contributors for the decline over the past two decades, WWF-Australia conservation scientist Dr Stuart Blanch told SBS News.

He said the WWF report's findings were "shocking" and "worse than we thought".

"What is most significant is it was only in 2012 that they were first listed in the eastern states as a vulnerable species under state and federal law, and that was a real shock to us because you can't lose our koalas. These are our national icon and our cute and cuddly animal," he said.

"We have gone from not being a threatened species to being listed as an endangered species on the east coast within a decade, I would never have thought that was possible. I never thought we would be losing them so quickly."

He said conversations between WWF-Australia, the International Fund for Animal Welfare, and Humane Society International (HSI) to nominate the koala for endangered status began a year ago due to the effects of deforestation and climate change.

It wasn't until fresh data from the bushfires was known that concerns were raised, he said.

Raising the threat level would increase the protection for forests and woodlands where koalas live, mobilise funds and increase public support for the species.

It would also enable politicians to use federal and state laws to stop trees from being bulldozed and logged.

"If koalas are in your forests, it means a lot of other things are also in the forests, like birds, wallabies, goannas frogs and snakes.

"Trees make the oxygen we breathe, they suck in the carbon dioxide we breath out. Without trees, we can't stop climate change and we don't have rain."

Dr Blanch said raising the level to endangered was "inevitable" but affirmed that it was vital to be done as soon as possible.

"There's a lot of grim news around, like drought, bushfires, COVID-19, and people are looking for good news. I think for Environment Minister Sussan Ley, this is one thing she can do to give koalas more of a fighting chance by listing them as endangered," he said.

"If you want a healthy, functioning climate, you need things like koalas as sort of a tick of approval for a whole forest."