Candid comments by the US leader have been overheard during a visit by the US president and first lady to France.

US President Donald Trump has been overheard offering what he would probably consider a compliment to French First Lady Brigitte Macron.

During a visit to the museums at Les Invalides, the US President turned to Brigitte Macron and praised her appearance.

“You’re in such good shape,” he told her.

He then tells President Macron the same remark, before again turning to the French first lady.

The video of the encounter was posted on French President Emmanuel Macron’s Facebook page, but it’s not clear if Ms Macron replied.

The now 63-year-old met her then future husband when she was his high school teacher.

She is 24 years older than Emmanuel – the same age gap between Melania Trump and the 70-year-old US leader.

Trump to Ms. #Macron #sexualharassment and unprofessional at the *lowest of moral standards *trump

Trump evaluated Brigitte Macron like livestock or a racehorse. Good lord. What a national embarrassment.

I think Macron only invited Trump to give him another big stage where he'd inevitably make a fool of himself. 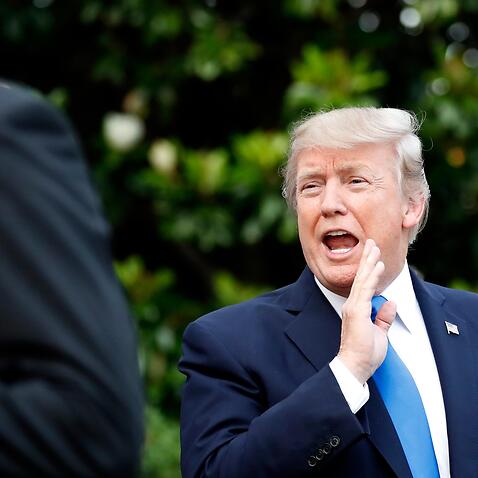 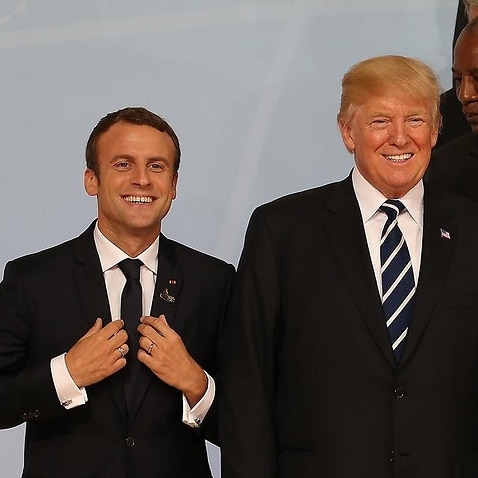