Young Australians should be next priority in the vaccine rollout, key Doherty modelling shows

The modelling underpinning the plan to return Australia to normality has identified young Australians as “peak” spreaders of the COVID-19 that should be targeted for vaccination. 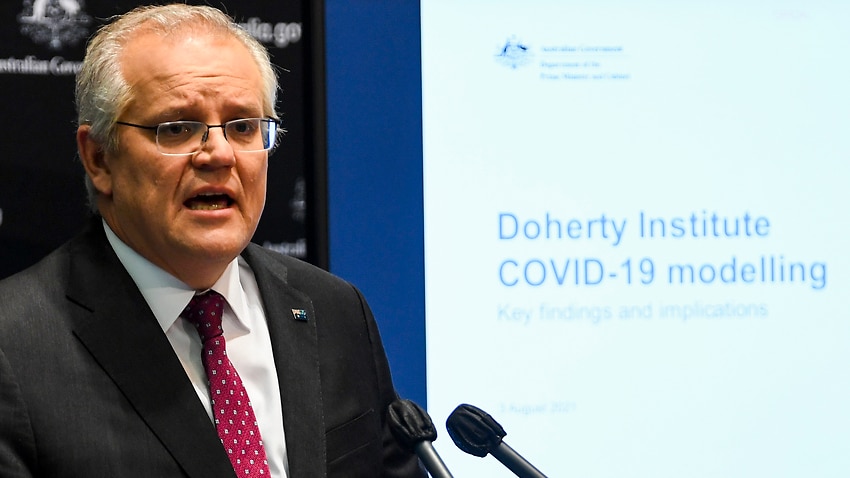 Under 40s have become the “peak spreaders” of COVID-19 and vaccinating younger people is the best way to stop the spread of the virus, according to the newly-released modelling informing Australia’s response to the crisis.

Its results identify young Australians as now posing the greatest threat of transmitting the virus and suggests the country adopt an “all adults” vaccination strategy, compared to an “oldest first” strategy, predicting that will result in lower rates of symptomatic infections, hospital admissions and deaths.

Younger adults are peak transmitters of COVID-19, the report says, while older adults experience the most severe health impacts.

“This is the group now where we are proposing a reorientation of the strategy,” she said.

“It is really the 20-39 year categories that are the peak spreaders. They will bring COVID home to their children. They'll take it home to their own parents.”

Professor Jodie McVernon of the Doherty Institute speaks virtually to the media during a press conference at Parliament House in Canberra, Source: AAP

The modelling projects vaccine uptakes of 70 and 80 per cent will be needed to begin winding back restrictions and end lockdowns.

Any lower, it predicts, and it would be highly likely stringent or moderate restrictions would need to remain in place.

Prof McVernon compared vaccination rates of 50 or 60 per cent to turning what "otherwise might be a bushfire" into a more “controlled backburn” to keep case numbers low.

However high-quality coronavirus testing, tracing, quarantine and low-level social distancing will be crucial to keeping death rates low even when 70 per cent of people are vaccinated, the modelling found.

The projections also include a theoretical scenario of a serious outbreak to represent the impact of varying vaccination models.

At a vaccination rate of 50 per cent of the population, the modelling estimates almost 8,894 people could die from an uncontrolled outbreak lasting 180 days.

"I have no doubt that if such a scenario were to eventuate, then there are additional measures that would be taken to avert those types of outcomes," he told reporters.

'A serious battle with the Delta strain'

The Doherty Institute says the optimal strategy going forward is to continue with a suppression approach that locks down hard and early to limit the duration and costs of the shutdowns.

It also suggests Australia could reach the required vaccination rates to end widespread lockdowns by the end of the year.

The latest vaccination data shows 19.7 per cent of people over 16 have been fully vaccinated against coronavirus.

“Australians, now 10 million of them, are languishing in lockdown with the lowest vaccination rate in the developed world,” he told reporters on Tuesday.

Mr Morrison said the nation’s response to the virus has been forced to evolve to combat the Delta variant.

“The world is in a serious battle with the Delta strain of COVID-19 - this has been a long war against the virus,” he said.

“There have been many many battles and this is a fierce one when it comes to the Delta strain.”

Treasury estimates were also revealed on Tuesday showing the cost of lockdowns will also be driven down by the uptake of vaccines.

The figures show lockdowns are estimated to costing $570 million a week once half the nation's adults are vaccinated.

At 80 per cent vaccine coverage that figure shrinks to just $140 million.