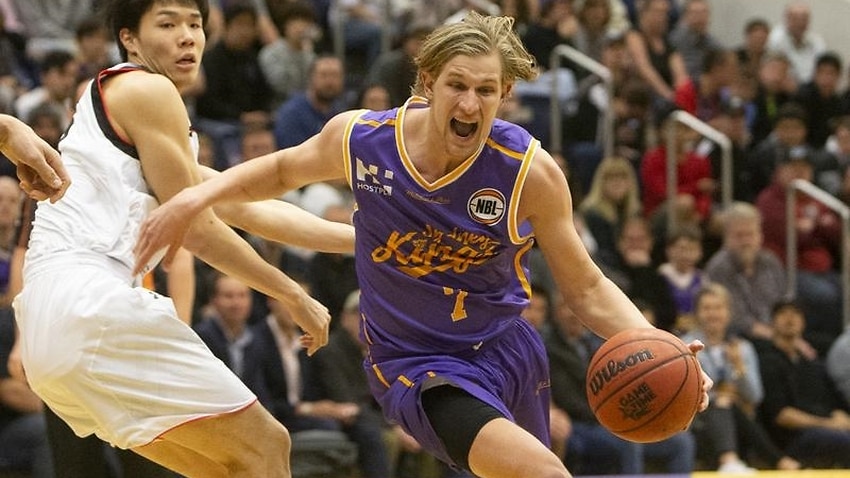 Collingwood have landed young Boomer Tom Wilson, who quit basketball to play in the AFL.

Last month Wilson was granted an immediate release from his Sydney Kings NBL contract to focus on Australian rules football despite making his Australian senior debut in February.

The 21-year-old will start work with Collingwood next Monday on a three-year Category B rookie contract, with the Magpies having beaten Geelong and Gold Coast for his signature.

"I'm excited to join the Collingwood football club and have the opportunity to pursue a career in another sport," Wilson said on Friday.

"I've been so fortunate with my experience playing basketball, but I'm really happy to return to Melbourne and join the club I supported growing up.

"Switching back to football will be an adjustment and I know I've got a lot work ahead of me, but I'm keen to get into training and work with the team at Collingwood."

The former under-17 and under-19 national basketball skipper played junior football with Vic Metro at the 2013 AFL Under-16 championships and was recruited by the Sandringham Dragons.

Some AFL scouts rated the 194cm Victorian as a top-30 draft prospect before he gave the sport away to focus on basketball.

Wilson spent time playing hoops in the United States and Serbia before returning to Australia as a guard with the Sydney Kings.

"We kept an eye on Tom while he was playing basketball, knowing we'd be keen to get him on board if he was to make the switch back to football," Guy said.

"We believe a lot of the traits that have made Tom a successful basketballer are transferable to football.

"Having already played the sport, we look forward to getting him into training and seeing what he can do."

Melbourne United's Craig Moller went in the opposite direction, debuting for the Boomers last year after spending three seasons with Fremantle from 2013 to 2015.