A Melbourne man who sexually assaulted a 13-year-old girl may face deportation after serving his sentence, a court has been told.

A young Melbourne man with links to the Apex street gang may be deported to his native Ethiopia after serving a sentence for a "disturbing" sexual assault on a teenage girl.

Bill Tang, 20, was found guilty of two counts of committing an indecent act with a child over a 2015 attack in which he and three other youths surrounded the girl and her friends at Cranbourne.

Defence lawyer Chris Pearson on Thursday said Tang's permanent residency status had been revoked since the incident and this weighs on him in detention.

"He has an additional hardship hanging over his head, which is the daily suspense and anxiousness of not knowing what his future ultimately holds," Mr Pearson told the Victorian County Court.

The lawyer said Tang would not apply for parole even if he could because he could end up in immigration detention.

Judge Peter Wischusen said it was a "troublesome concept".

"If I was to impose a non-custodial sentence, not that I am able to, but things change to immediate deportation," he said.

A refugee lawyer is working to get Tang's visa back but it is ultimately up to Immigration Minister Peter Dutton.

Tang is close to his family and had made "obvious progress" towards redemption and rehabilitation, the court was told.

But prosecutor Joanne Piggott said the attack on the young girl was "disturbing" and must be denounced.

Tang separated the girl from her friends before forcing her to perform a sex act, saying she would get her phone back if she complied.

"She was distressed and essentially thought he was going to help her and then he does exactly the opposite," Ms Piggott said.

Tang, who has alleged links to the Apex gang, will be sentenced on September 22. 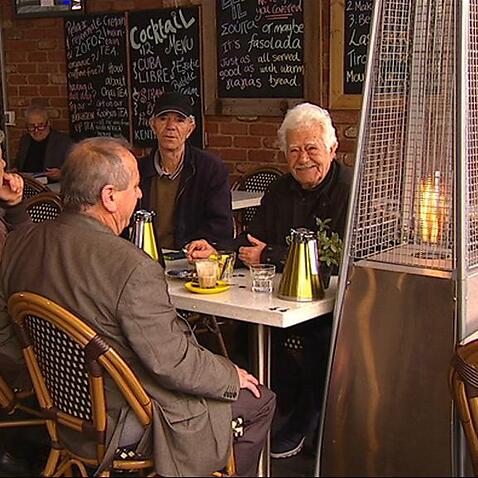 'They just want a coffee and a cigarette': Melbourne's Greek-Australians unhappy at smoking ban