Critics are accusing Israel's leader of being distracted by a corruption case and not prioritising the country's coronavirus reponse.

Thousands of Israelis have rallied outside Prime Minister Benjamin Netanyahu’s residence in Jerusalem as anger mounted over corruption allegations and his handling of the coronavirus crisis.

“Your time is up”, read the giant letters projected on to a building at the protest site, as demonstrators waved Israeli flags and called on Mr Netanyahu to resign over what they say is his failure to protect jobs and businesses affected by the pandemic.

The protest movement has intensified in recent weeks, with critics accusing Mr Netanyahu of being distracted by a corruption case against him. He denies wrongdoing.

Mr Netanyahu, who was sworn in for a fifth term in May after a closely fought election, has accused the protesters of trampling democracy and the Israeli media of encouraging dissent. 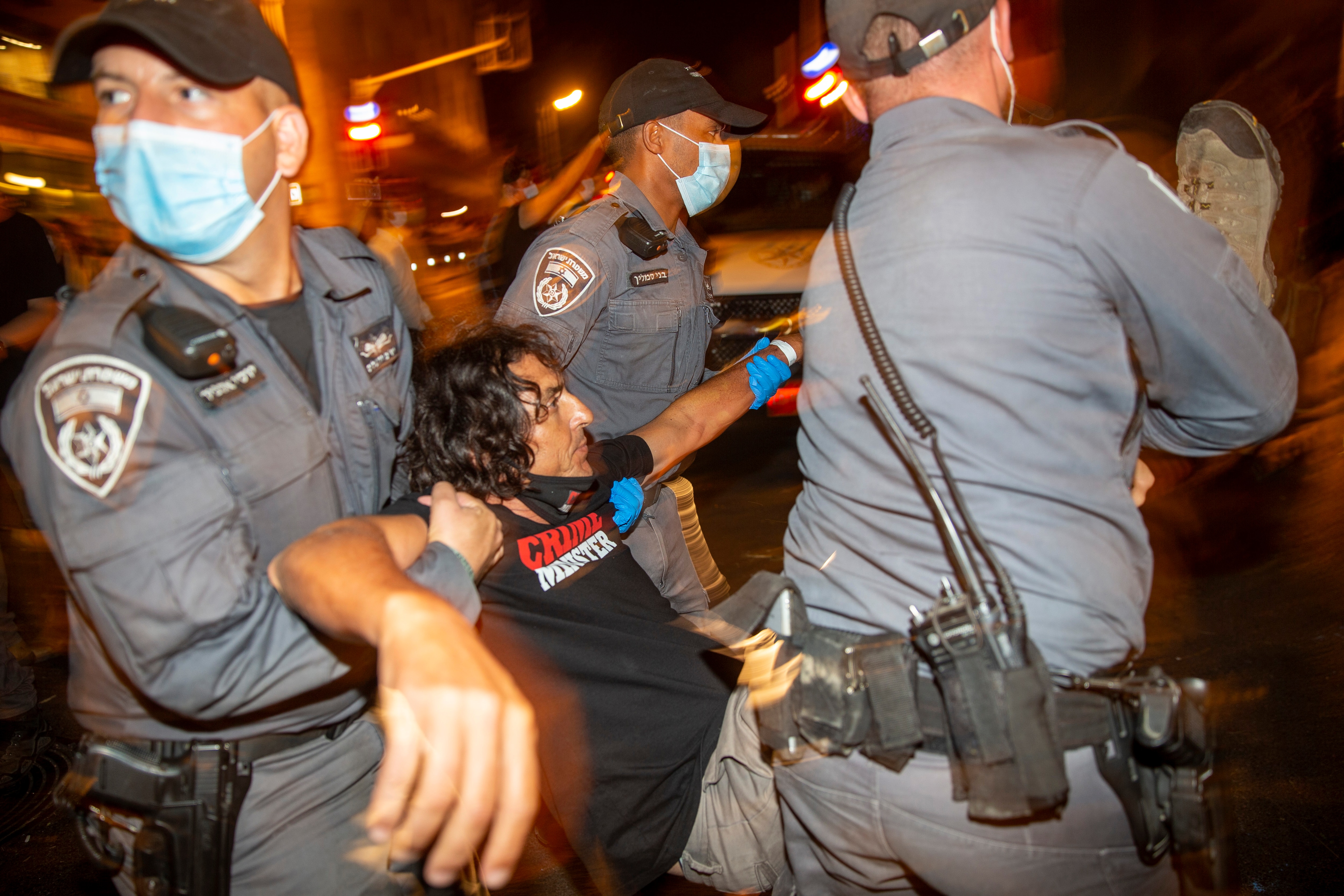 Mr Netanyahu’s right-wing Likud party called the protests “left-wing riots” and accused Israel’s popular Channel 12 news of “doing everything it can to encourage the far-left demonstrations” of the premier’s opponents.

“Netanyahu is fighting to get Israel’s economy back to normal and to transfer funds and grants to Israeli citizens,” Likud said in a statement posted to Mr Netanyahu’s Twitter page.

Protests have stretched beyond Mr Netanyahu’s official residence in Jerusalem, with many Israelis gathering on bridges and highway junctions across the country. 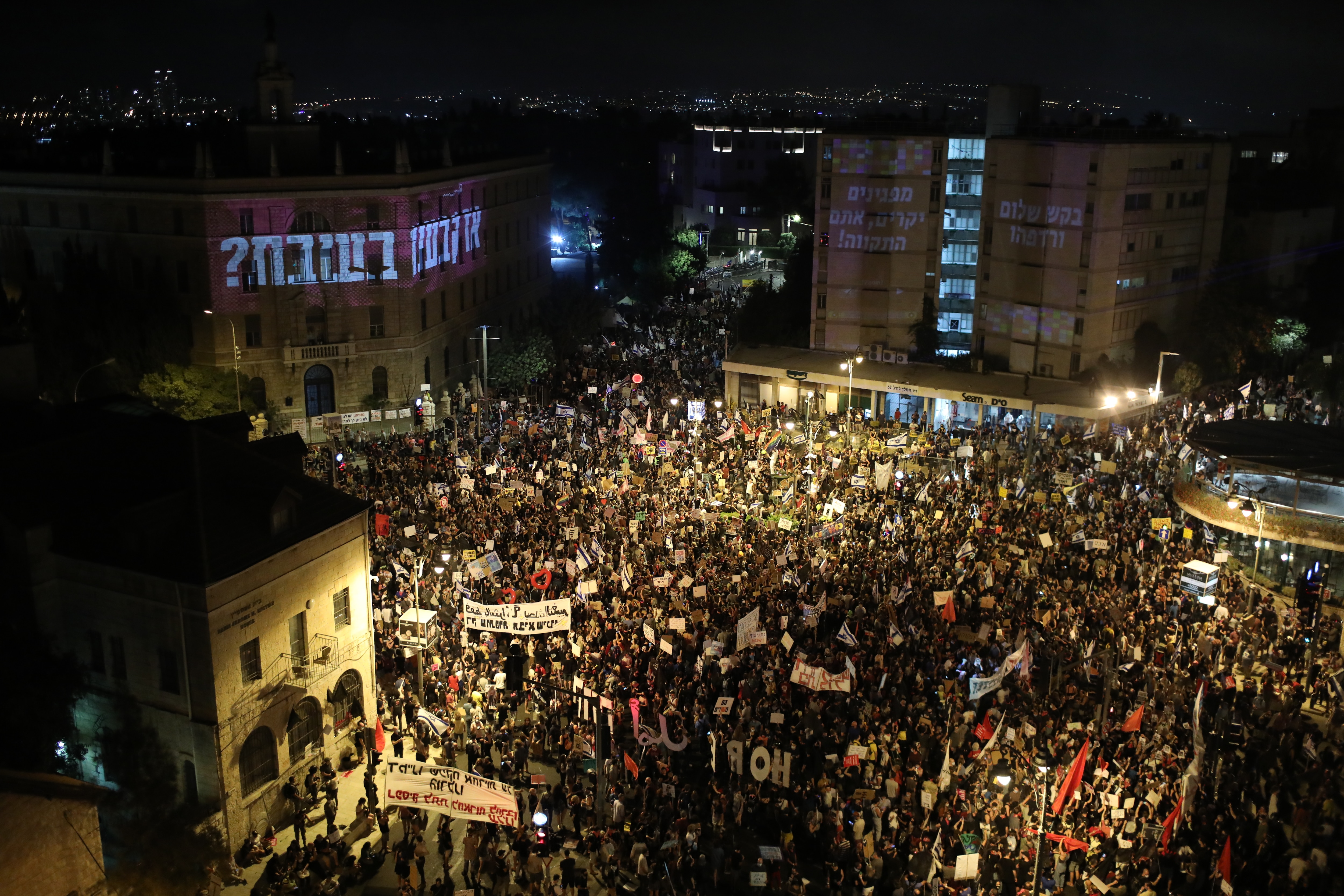 On a busy highway overpass north of Israel’s commercial hub of Tel Aviv, demonstrators waved black flags and chanted slogans while cars honked their horns from the road below.

One protester, Yael, said she had lost her job at a Tel Aviv restaurant and that government aid has been slow to come.

“You’d think that a once-in-a-lifetime crisis like this would push Mr Netanyahu to act, and it hasn’t. Enough is enough,” she said, declining to give her last name. 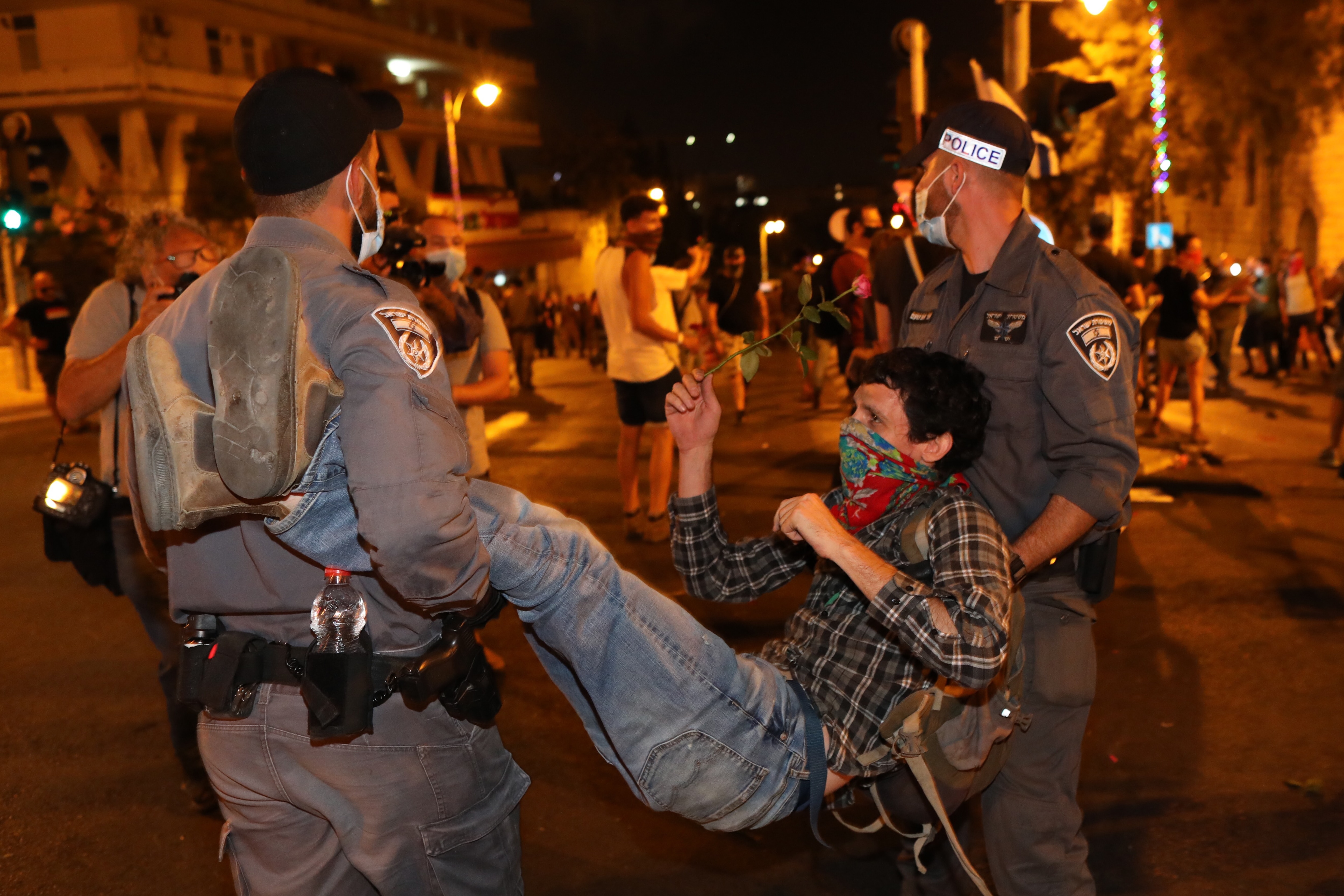 Israel in May lifted a partial lockdown that had flattened an infection curve. But a second surge of COVID-19 cases and ensuing restrictions have seen Mr Netanyahu’s approval ratings plunge to under 30 per cent.

Many restrictions have since been lifted to revive business activity, but unemployment hovers at 21.5 per cent and the economy is expected to contract 6 per cent in 2020.