NT police officer Zachary Rolfe, who is charged with the murder of Aboriginal teenager Kumanjayi Walker, has appeared in an Alice Springs court via video link. 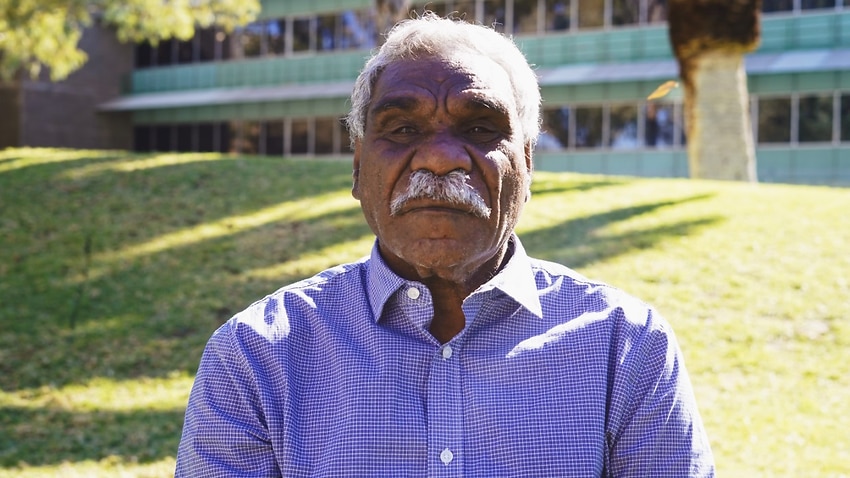 The family of Warlpiri man Kumanjayi Walker who died after allegedly being shot by a Northern Territory police officer in November last year has renewed calls for guns to be removed from remote communities.

Mr Walker's family was back in Alice Springs Local Court on Thursday where NT Constable Zachary Rolfe, who is facing one count of murder over Mr Walker's death in the remote community of Yuendumu, appeared via video link from Canberra. He is expected to plead not guilty.

Yuendumu elder Ned Jampijinpa Hargraves, who spoke outside court on behalf of the family and community, said while he understood the reason for the delays to the court process, the community was anxious to see justice served.

“We want to get it over and done with, but this isn’t our system,” he said outside the Alice Springs Local Court on Thursday.

“We are so anxious, we can’t wait, we want justice.”

A matter was previously adjourned for 10 weeks due in part to the impact COVID-19 has had on the collection of medical evidence.

The case was adjourned again for the collection of evidence and the finalisation of a witness list.

A preliminary mention has been set down for 14 August, but a date for a committal hearing is yet to be confirmed.

Across the globe, thousands have rallied in support of the Black Lives Matter movement, which sparked from the death of African American man, George Floyd, who died in police custody in Minneapolis last month.

The movement has spurred rallies across Australia drawing attention to police violence and Aboriginal deaths in custody.

Speaking from Adelaide, Kumanjayi Walker’s cousin Samara Fernandez told NITV News that while the renewed attention on her family's campaign for justice had brought up trauma, it was also an opportunity to force change.

"In 2020 we shouldn't be gathering for basic human rights," she said.

"You'd think it's common sense to have a system that works equally for all populations... we want the system to be re-invented in a way that doesn't have those stereotypes towards our people, that doesn't criminalise our kids at a younger age,

"As a governing body and as the leader of a country, you’d be really silly and arrogant not to use this to fix the issues that are being faced... I feel like you have a responsibility to listen to the people."

Mr Hargraves said the movement has strengthened the community's calls for systemic change.

“I strongly feel I’m with them and we think it’s significant to see others standing united against this cause,” Mr Hargraves said.

“The whole system needs to change, there can’t be a law for kardiya, white people, there’s got to be a law for yapa too, that’s why we’re finding it so hard.

"I must say this, we’re living in a racist world, it’s got to stop, we got to come together somehow and work it out.”

The community has renewed calls for the removal of guns, including from police officers, in remote Indigenous communities.

“I’ll say it again and again, we want no guns, not just in Yuendumu but across central Australia and also other remote communities,” Mr Hargraves said.

Speaking about the series of restrictions introduced under the intervention - including banning alcohol, quarantining welfare payments and the compulsory leasing of land in remote NT communities - Mr Nelson blasted what he labelled an "occupation" of their lands.

"The biggest lot of money ever spent on Yuendumu was more than $7 million to build a new police station," he said.

"We have more police than ever, and more people in jail than ever. The welfare mob keep taking children away, and don’t respect our extended families.