Chinese and Korean media criticised for sneaking pics of the #SongSongCoupleWedding

The wedding of the year took place just yesterday when Descendants of the Sun co-stars Song Hye Kyo and Song Joong Ki tied the knot in a private ceremony, and their wedding was soon trending worldwide through the hashtag #SongSongCoupleWedding. While the couple attempted to keep their private wedding under wraps, Chinese and Korean media outlets still managed to capture scenes of the ceremony.

In order to catch a glimpse of the wedding, Chinese and Korean media outlets (such as ifeng) reportedly booked hotel rooms overlooking the ceremony, which allowed reporters to have a good view from above. Furthermore, several drones were also spotted flying about in an attempt to capture scenes from the wedding.

Following the release of several photos and video (including a live-stream) of the ceremony, netizens were quick to criticise the Chinese and Korean media outlets who invaded Song Hye Kyo and Song Joong Ki's private wedding despite implementing security measures to prevent unwanted attention.

Here are some of the comments made by netizens in response to how Chinese and Korean media outlets captured glimpses of Song Hye Kyo and Song Joong Ki's wedding: 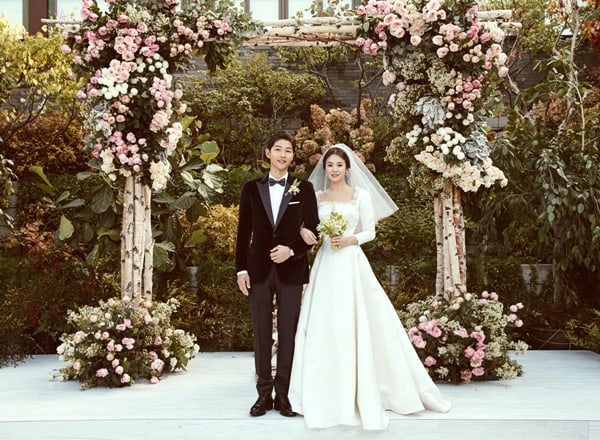 FOR MORE:
Police release official autopsy results for actor Kim Joo-hyuk
The actor was involved in a car accident on October 30.
BTS are still holding strong on the Billboard charts and refusing to let go
Running out of records so BTS are resorting to breaking their own!
TWICE smash their own 24hr YouTube views record!
Now sitting behind only Black Pink and BTS in the all-time 24hr YouTube views list!
PHOTOS: The #SongSongCoupleWedding was beautiful
K-drama dreams really do come true!!
Song Joong-ki and Song Hye-kyo are married!!
And #SongSongCoupleWedding is trending worldwide!
Play