Previous Next Show Grid
Previous Next Hide Grid
Image 1/
Video
Audio
We can't wait for this one to air!
By
SBS PopAsia HQ

If you weren't aware, the US tv show Suits has been remade in Korean and is soon to begin airing. Starring none other than Strong Woman Do Bong Soon's Park Hyung Sik, as well as veteran actor Jang Dong Gun, they've been teasing us with previews, including the introduction of his character.

Check out the video below.

Suits has also released images of Park Hyung Sik's character, Go Yeon Woo, riding a bike. His role is a genius without a college degree or license to practice law. 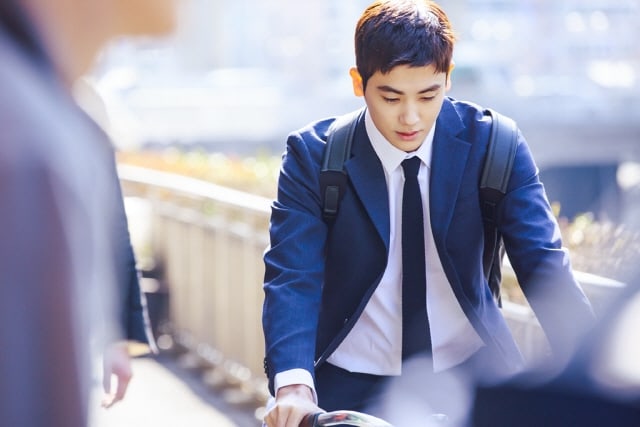 Suits will begin airing in Korea on April 25 at 10pm KST on KBS2 TV.

FOR MORE
What to do you when your K-drama isn't subbed
Why is the world so cruel?
American "Suits" creator and cast tweet excitement of Korean remake
The Korean version stars Park Hyung Sik and Jang Dong Gun
Here's your first look at Park Hyung Sik in his new K-drama
It's a Korean remake of the popular American series "Suits"
Play