Alright K-drama fans, it's a new year which means new shows! There's so many new dramas in the works, it's almost too hard to choose which ones we're most excited about, but here's xx that we think will be huge hits this year.

This historical drama has just begun airing in South Korea. It stars Yeo Jin Goo in two roles, both as a king and the identical clown he brings into the palace to avoid assassination. The drama is a remake of 2012 film Masquerade.

Two women swap bodies in this fantasy comedy. Lee Yoo Ri is a self-involved announcer while Uhm Ji Won is a former actress, now wife to a politician. Expect high drama and laughs in this one! 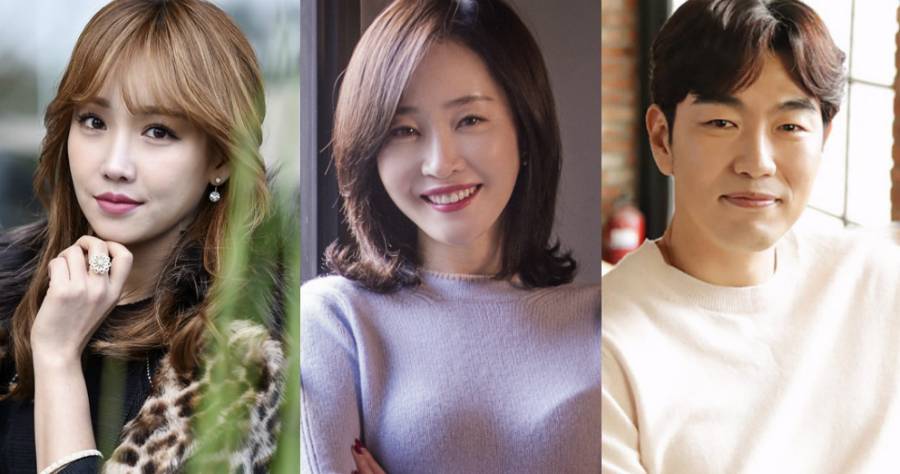 This Netflix Original is written by Kim Eun Hee - the writer behind Signal and Ghost and stars Bae Doona. A zombie story with a twist, it's set in the Joseon era, when a crown prince tries to solve the mystery around the epidemic sweeping the country.

Romance Is A Bonus Book

Rom-com fans prepare, it's the first romantic coupling of the season, and what a pair! Lee Na Young plays a copywriter who suddenly finds herself unemployed but too qualified for jobs she applies for, so she hides her experience to get hired at a publishing company where she meets none other than Lee Jong Suk - handsome editor-in-chief. We can tell this is going to be great already.

Goblin's fated couple are back! Lee Dong Wook and Yoo In Na star opposite one another as leads in this drama about a romance between a top actress and a perfectionist lawyer.

Not too much is known about the plot of this fantasy comedy yet but its two leads are enough to get us excited! Weightlifting Fairy Kim Bok Joo's Nam Joo Hyuk will be one half of the couple alongside Han Ji Min who you'll know from Familiar Wife and Rooftop Prince, among many others.

Go Ara is back! This time it's a historical drama, where she joins a cast including Jung Il Woo playing a prince with a commoner mother who forms a team of unexpected people to help him get to the throne.

The much talked about reunion between Lee Seung Gi and Suzy is coming in May! This action-packed drama features Lee Seungi as a stuntman who becomes involved in the investigation of a mysterious plane crash and crosses paths with Suzy - a National Intelligence Service agent with a tragic family story.

Another one packed with stars, this fantasy drama set in a mythical city is set to reunite Descendants of the Sun co-stars Song Joong Ki and Kim Ji Won, and also features Kim Ok Bin and Jang Dong Gun. So many familiar faces!!

Park Bo Young (Strong Woman Do Bong Soon) is returning to tv screens in this drama about a female prosecutor and a man who awake with completely different appearances after being revived through an abyss. Which K-drama are you excited to watch in 2019?

FOR MORE
WATCH: 'Goblin' couple reunite in new 'Touch Your Heart' K-drama teaser
We can't wait for this drama!
5 reasons to watch 'Memories of the Alhambra'
Are you watching this new K-drama?
The top 10 K-dramas of 2018 (as voted by you)
It was neck and neck for the top spot!
5 must watch K-dramas starring Park Hyung Sik
He's played some pretty different roles!
Play