5 reasons to watch 'When The Camellia Blooms'

If you're looking for your latest K-drama fix, look no further than When the Camellia Blooms. The show has just aired its last episode with the highest ratings for a K-drama in 2019, so you know it must be good!

Gong Hyo Jin plays a single mother who moves to a small town and opens a bar named Camellia. Fast forward six years and she's built a life for herself and her son, but is often the target of gossip. Things change when she encounters three men: a kind-hearted cop played by Kang Ha Neul, a baseball player back in his hometown played by Kim Ji Seok and a power-obsessed local played by Oh Jung Se.

There's a lot to love about this show along with some ominous predictions. Here's some of the reasons we think you should be adding When the Camellia Blooms to your watchlist.

1. Gong Hyo Jin back in K-dramas

Gong Hyo Jin's last K-drama was 2016's Jealousy Incarnate and while she's certainly been busy with movies and other projects, we missed seeing her dive into a character across a whole series. She's immediately captivating as the lead in this drama, and her performance is brimming with warmth and depth.

2. Kang Ha Neul is the goofy man of our dreams

His character, Yong Sik, is a sweet guy with the best of intentions which always come off a bit wrong because of his awkwardness. Every time he crosses paths with Gong Hyo Jin's Dong Baek he puts his foot in it and you just want to give him that little nudge to express himself properly. You won't be able to stop smiling at his endearing personality.

3. An unfolding mystery keeps you hooked

The first episode opens with a sombre flashback that definitely peaks your interest. Knowing K-dramas, it won't be what it appears to be, so strap yourself in for an emotional rollercoaster. 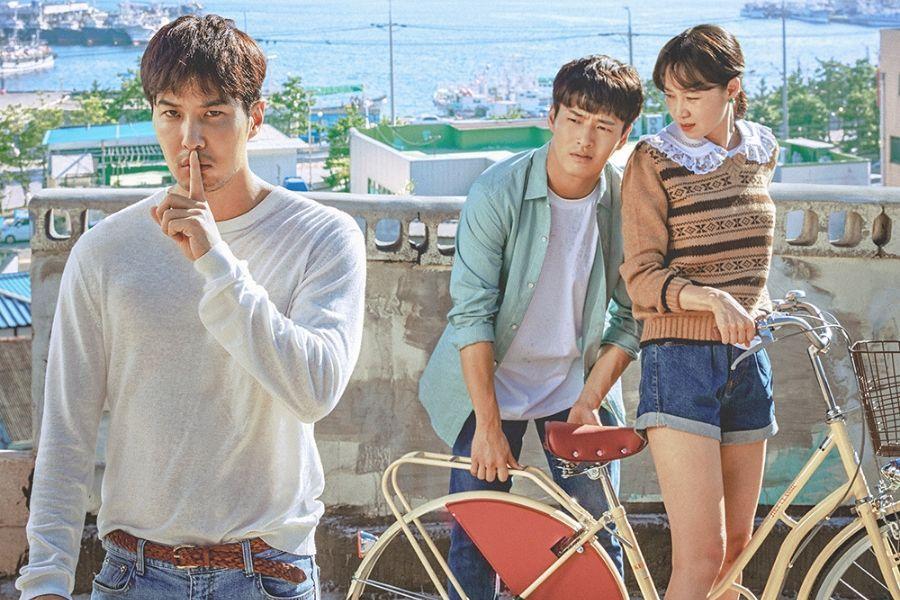 4. A realistic portrayal of single motherhood

K-dramas have begun exploring single parenting a lot more recently (see 2019's One Spring Night), hopefully a reflection of Korean society becoming more accepting. Dong Baek works hard, takes care of her child, and bears the brunt of the small community's ire, doing her best to hold her head up high despite having few friends to support her.

Sure, we all love the hustle and bustle of Seoul but it's so refreshing to watch a show that's set somewhere else in South Korea! The small country town vibe allows us to focus on all the curious characters who are bound to add a lot of colour to the series. It's also nice to see nature, small shops and get that feel of real life without all the skyscrapers and rushing we're used to seeing in so many popular dramas.

Have you been watching When the Camellia Blooms?

FOR MORE
8 vids from 1MILLION Dance Studio that'll motivate you to dance
How to be like these pros?
5 gateway shows that'll get your friends into K-drama
For the people who still haven’t found a drama they like
The top 10 highest rating K-dramas of 2019 so far
How many of these have you watched?
Play