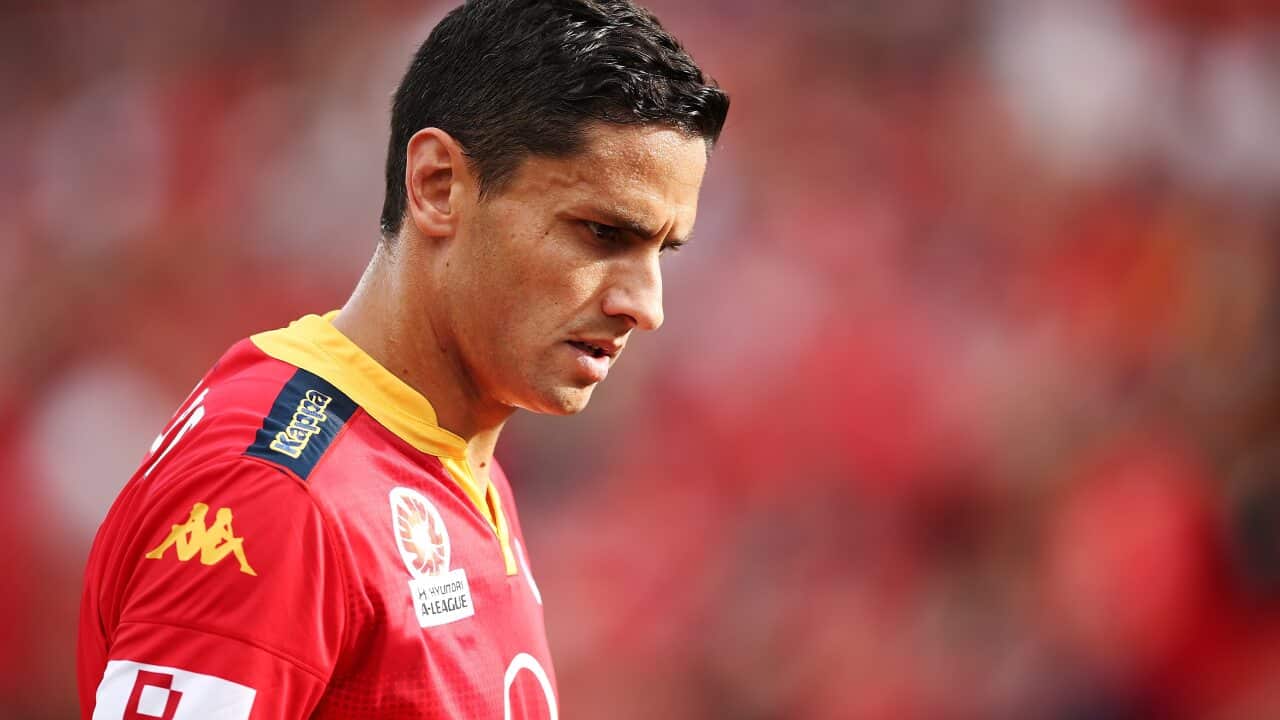 The match between two of the most technically gifted sides in the competition will produce a clash of high quality, Carrusca promised.

Advertisement
Carrusca, one of the finest players in the competition, said he and his teammates always looked forward to the matches against technical sides such as Brisbane.

John Aloisi's team is among the most entertaining and technically endowed sides in the competition and Carrusca said Roar's style suited Adelaide to a tee.

"Of course it is better for us to play such teams as Brisbane and it is also better for the fans because we'd like to think that we can turn on the style too," he said.

"We both focus on our technical skills so, yes, playing Brisbane is always a pleasure because that is the kind of football everyone wants to see.

"It's much better and more entertaining than facing teams that are only interested in running, tackling and fouling."

Adelaide, who are coached by Spaniard Guillermo Amor, had a poor start to the season and it took them nine matches to record their first match but they are unbeaten in seven games.

Carrusca has a simple explanation for Adelaide's stunning recovery that sees them well placed in sixth spot on the ladder.

"We changed a few things from the (Josep) Gombau period and it took a little time for things to gel properly," Carrusca said.

"Guillermo has given the midfielders and attackers a greater freedom to decide on the spot what's best for the team.

"And when we do not have the ball we are setting up differently. Today we are more compact and we are urged to wait a little more and not press too high up front like we used to do with Josep.

"I think Guillermo's greater experience in football is beginning to come through and this obviously is good for us players.

"The same happened with Josep in his first year. We did not win for many games but after we understood what the coach wanted from us the results started to come."

So can Adelaide avenge their resounding 3-0 defeat to Brisbane at Suncorp in Round 4?

"It's not about revenge but trying not to repeat the mistakes we made in that first match," Carrusca said.

"We know what we did wrong that day and now we will go there to win.

"We will try to keep the ball as long as possible because we will be playing a team that has a lot of quality all over the park.

"We believe in what we are doing so I hope we come home with the three points."

Both teams are very strong in midfield but Carrusca does not believe that this is where the big match will be won and lost.

"I don't think the match will be decided in midfield. We all know that in Corona Brisbane have one of the best No 6s in the league so we have to have a fair share of the ball," he said.

"Possession will be the key to winning the game because if we let them play they will make it very difficult for us.

"We now have a strong side because we have been playing with more or less the same players for two years.

"Two or three have left since I arrived but the basics of the team are intact.

"It is very important for any ambitious team to keep the bulk of its team together.

"It's the best way for the group and the club to grow."

Carrusca is in tremendous form at the moment but he blotted his copybook with a glaring penalty miss in Adelaide's 3-1 win over Central Coast Mariners last weekend.

"I was very upset with myself but it was important that we won," he said.

"These things happen but, of course, I will have no problem taking a penalty if we get one in Brisbane."