The judge in the under-age sex trial of Adam Johnson has begun summing up the case, telling jurors they had to decide whether the 28 year-old England footballer digitally penetrated the 15 year-old girl and engaged in oral sex. 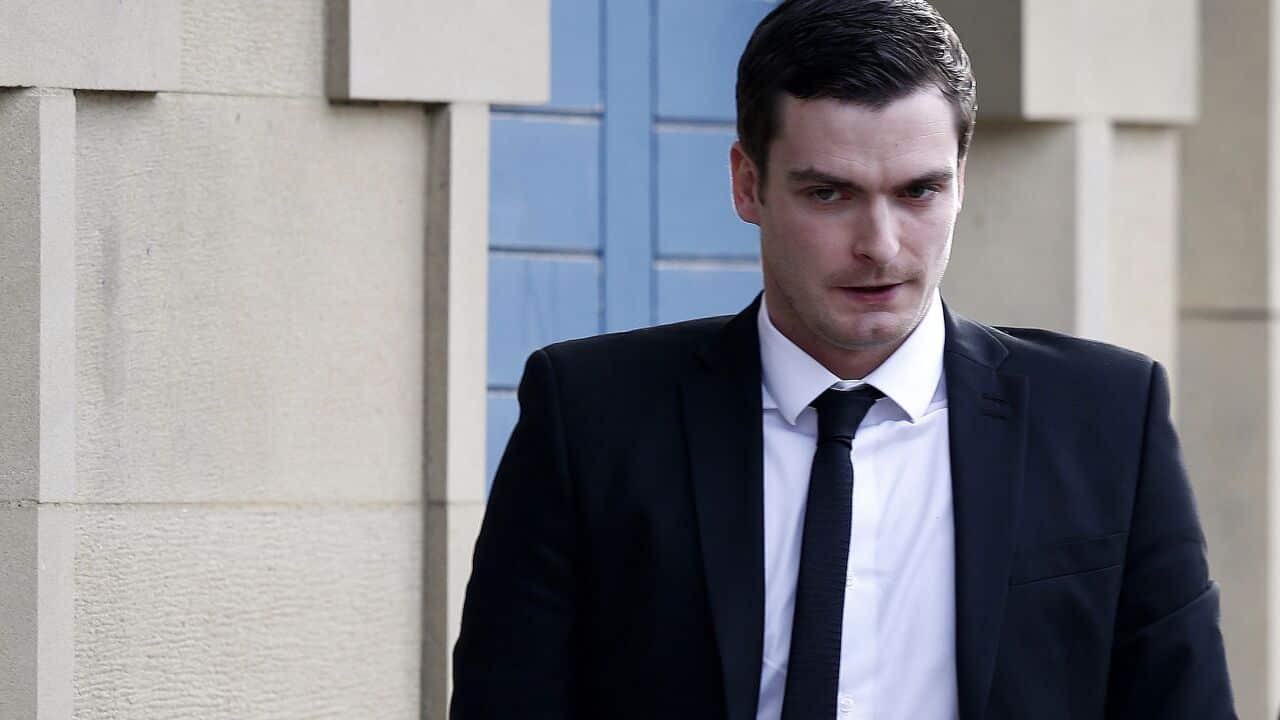 The former Sunderland winger is on trial at Bradford Crown Court accused of two counts of sexual activity with the girl.

Johnson pleaded guilty to charges of grooming and sexual activity with a child, involving kissing, on the first day the case was listed for trial.

Judge Jonathan Rose told the jury of eight women and four men: "In February last year, a 15-year-old girl told police that she had met and had intimate relations with the defendant, a professional footballer with Sunderland Football Club."

Advertisement
The judge told the jurors they had to decide whether Johnson digitally penetrated the girl and engaged in oral sex.

The two-week trial has heard that the girl was a "massive, massive Sunderland fan" who was infatuated with Johnson.

After meeting at the football club, the pair exchanged phone numbers and sent and received 834 WhatsApp messages in little more than a month, the court has heard.

Johnson met the girl in his black Range Rover on 17 January last year and signed two Sunderland shirts for her.

The footballer admits kissing her during a second meeting on 30 January but denies that any further sexual activity took place.

Judge Rose told the jury that the defence's case is that the girl is a "proven liar who has made up the other allegations".

He said: "It is quite clear, say the defence, that (the girl) is lying."

He said the defence claim Johnson is a "man to be believed", who has suffered "irreparable damage" to his footballing career and his relationship with his girlfriend and mother of his child, Stacey Flounders, as a result of his admissions.

Judge Rose said the prosecution's case is that Johnson, who has admitted being sexually attracted to the girl, is guilty.

He said: "He admits he made contact with her and then met her intending to engage in sexual activity with her.

"He admits that he kissed her."

The judge said the prosecution's case is that Johnson "has lied to his girlfriend, to police and to the court".

Johnson, of Castle Eden, County Durham, sat in the dock wearing a black suit and tie while Judge Rose summed up the evidence from witnesses.

The judge reminded the jury that Johnson had admitted lying on eight occasions.

He said: "The prosecution says these lies were told in an attempt to conceal Adam Johnson's guilt."

But he said the defence case was that "such lies as he has told are merely the panicked response of a man who had done wrong by his family".

Judge Rose told the jury it must not assume Johnson is guilty just because he has admitted to lying.

He said: "Lies alone cannot prove a case against Adam Johnson. You must consider all of the evidence in this case."

The judge said the jury should also take into account the fact that Johnson was previously of good character and that he is now convicted of the two sexual offences to which he has admitted.

He said: "The fact that the defendant pleaded guilty to those two matters is not direct evidence that he committed the offences on this indictment."

Judge Rose reviewed the evidence of witnesses in the case, including the girl and Johnson.

He told the jury it was up to the prosecution to prove Johnson's guilt.

The judge said he expected to conclude his summing up on Tuesday morning and said the jury would then retire to consider their verdicts.

The trial was adjourned until Tuesday (local time).