Aloisi basks in his finest hour as Brisbane coach

If perseverance and a grim determination to beat adversity mean anything in football, then John Aloisi is entitled to savour Brisbane Roar's revival which has taken them to within touching distance of the A-League finals. 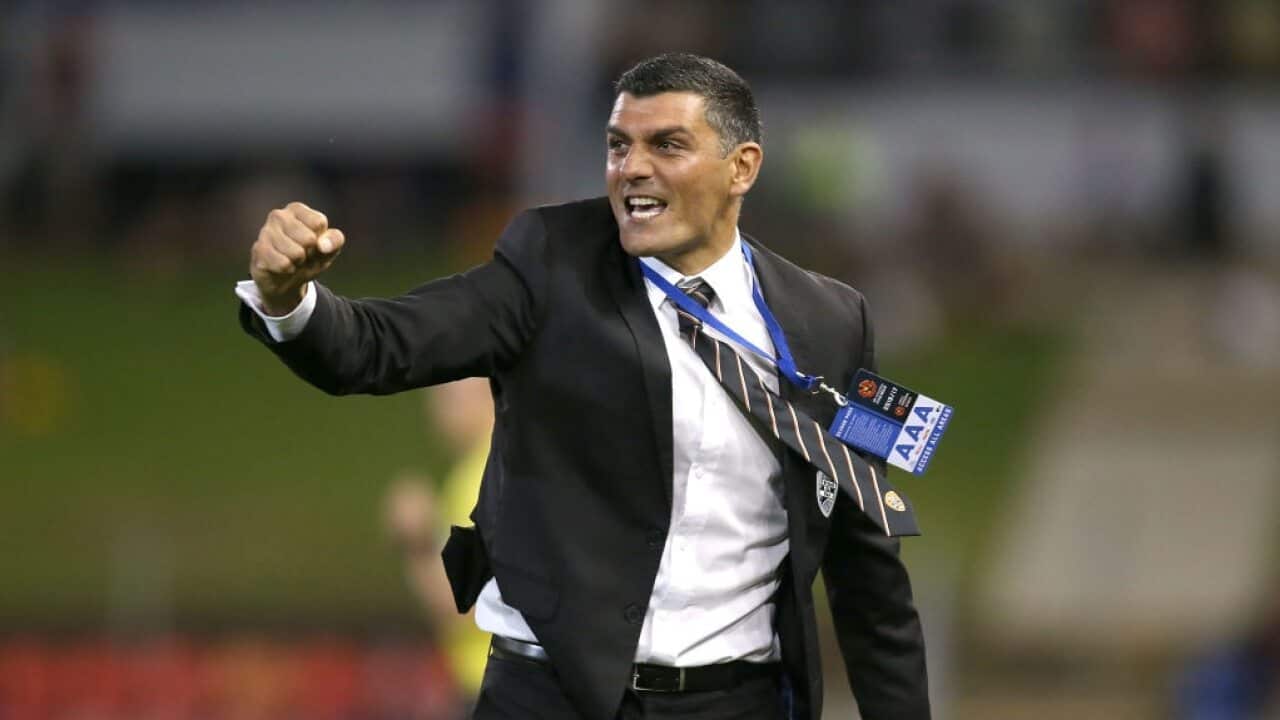 Aloisi, the former Socceroos hero who is in the third season of his head coach job at three-time champions Brisbane, is beginning to reap the rewards of self-belief and his refusal to buckle under the serious setbacks Roar have faced since he arrived in the Sunshine State three years ago.

Brisbane caused a major surprise on Saturday night when they played one of their finest matches of the season to beat league leaders Sydney FC 2-1 at Allianz Stadium.

It was certainly an unexpected result but there was nothing flukey about it because Brisbane were compact all night and controlled most of the game.

Advertisement
They made Sydney - who only recently were touted by some pundits as the A-League's greatest ever team - look rather sluggish and ordinary.

Their AFC Champions League campaign that has yielded just two draws from four matches seems to have jolted their confidence.

In the space of a fortnight, Sydney have seen their lead of 11 points cut to five and if they are to win the Premiers' Plate they might have to limp home rather than do it with a barnstorming, record-breaking finish as it looked most likely only a few weeks ago.

Brisbane, in stark contrast, are getting better every week and appear to be coming home with a wet sail.

"The last seven games you started to see that we are a good team and the reason it fell into place today is because we have our players back," a beaming Aloisi said.

"We had a horrible pre-season, an equally horrible start to the actual season with many injuries and it is a fact that we were struggling with that but the boys never gave up. The culture at this club has been strong since I came here.

"And the players who came in late now understand what we are trying to do. We now believe we can win matches and we have worked hard to get it right.

"Most teams (if faced) with what we went through probably would have folded but my players did not write off the season because they want to make the finals. We have winners in our team who want to win."

Amid all the dark clouds hovering over the club Aloisi never gave up because he always knew that the quality was there.

"I always believed in the playing group ... I never doubted them," he said.

"Which is why I never lost the belief even when everything was going against us. I also believe in my coaching ability."

Brisbane's impressive victory over Sydney put them in seventh position on the ladder, two points behind Adelaide United and Western Sydney Wanderers with four rounds to go to the finals.

Aloisi was asked if the finals contenders should be worried by Brisbane's powerful surge up the ladder and particularly their feat of becoming the first domestic team in almost two years to beat the Sky Blues in their own backyard.

"Our focus is on ourselves because if we win our games we will make the top six. Other teams will drop points because they play each other," he said with an air of assurance that showed his confidence in his players' ability is sky high.

Aloisi had a difficult initiation to his coaching career.

His first job was youth coach at then Melbourne Heart in 2011 and a year later he was appointed senior head coach but was relieved of his duties less than a year later.

Many attributed his failure to leave his mark to his inexperience. He was only 36 when he was given the reins of the club.

After a two-year sabbatical he was appointed assistant youth coach at Melbourne Victory in 2015 before Brisbane came calling that same year.

Professional coaching can be an unrewarding and unforgiving job but Aloisi is a keen student of the game and he has learned to survive in the school of hard knocks.

He is as determined to succeed as a coach as he was as a striker who went on to play in the top flight in Italy, England and Spain.

On Saturday night he showed he is no slouch when it comes to the tactical side of coaching by pinpointing Sydney's weakness from set pieces and acting accordingly.

Brisbane were two up after 18 minutes with goals from set pieces from Matt McKay and Jacob Pepper, a double blow from which Sydney did not really recover despite narrowing the deficit with a header from Milos Ninkovic on the hour.

"We knew we could hurt them in set pieces as we have seen in the last few weeks in the AFC Champions League," Aloisi explained.

"For set pieces you need good deliveries and we have Fahid Ben Khalfallah and Eric Bautheac who can deliver the ball really well.

"The timing had to be right and we needed to know where the space was."

Brisbane are timing their run to the finals with perfection and, on recent form, it would take a brave man to bet against them reaching their target.

Brisbane are away to Wellington Phoenix on Sunday.