The final memorial service at Anfield for the victims of the 1989 Hillsborough tragedy - 27 years to the day of the infamous incident - was held on Friday. 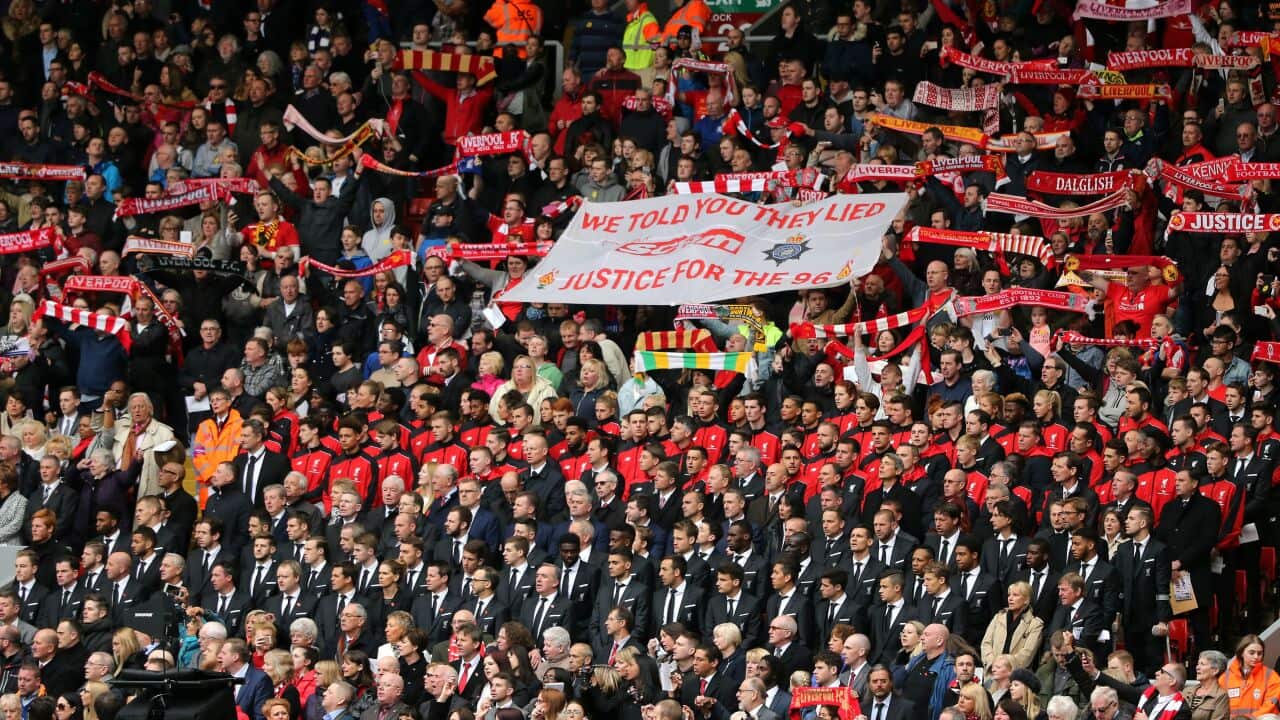 Loved ones of the 96 who died have been joined at the home of Liverpool FC's by past and present club legends and around 25,000 ordinary fans to mark the emotional anniversary.

Families of the 96 unanimously agreed this year's service, held annually on 15 April to mark the 1989 disaster, would be the last major public event at Anfield.

The VIPs sat in the stands in honour of the fans who lost their lives as the service began on the pitch in front of the Spion Kop.

Advertisement
Liverpool manager Jurgen Klopp and his players received a rousing reception as they took their place for the service, after the last-gasp heroics in their Europa Cup tie.

England manager Roy Hodgson was also among the VIP guests in seats on the Kop, along with Kenny Dalglish and many of the team playing from the days of the disaster in 1989, including Alan Hansen and Mark Lawrenson. Former Anfield great Kevin Keegan was also in attendance.

The service began with the traditional football hymn, Abide With Me, before silence fell as the names of the 96 were read aloud.

All died after the crush on the Leppings Lane terraces at Sheffield Wednesday's Hillsborough stadium after going to see their team play Nottingham Forest in an FA Cup semi-final on 15 April 1989.

As each name was read a light was lit, one by one, on a large art sculpture entitled The Band Of Life, until all the lights were illuminated.

As the time reached 3.06pm, the exact moment the match was abandoned as the tragedy unfolded, a minute's silence began.

In the city's main streets and shopping thoroughfares, public transport was halted and the hum and noise from outside the ground faded as a hush fell across the city, while Anfield, often a cauldron of noise, also fell into a sombre stillness.

Some fans wiped away silent tears as they remembered the scores of lives lost in Britain's worst sporting disaster.

The minute's silence ended with a round of applause, as across the city bells tolled 96 times at the city's Metropolitan Cathedral.

Marking how the city has united to support and help the families of the 96, it was a player from Liverpool's nearest rivals, former Everton striker Graeme Sharp, who gave the first reading, Psalm 23, The Lord Is My Shepherd.

Dalglish, one of Liverpool's all-time greats, and manager of the team on the day of the disaster then received a standing ovation and rapturous applause as he gave the second reading from the Gospel of John.