Aussie fans need to join forces to save our game

No prizes for guessing who are the losers in the civil war that is threatening to take Australian football back to the days when it enjoyed little relevance or respect in the national landscape. 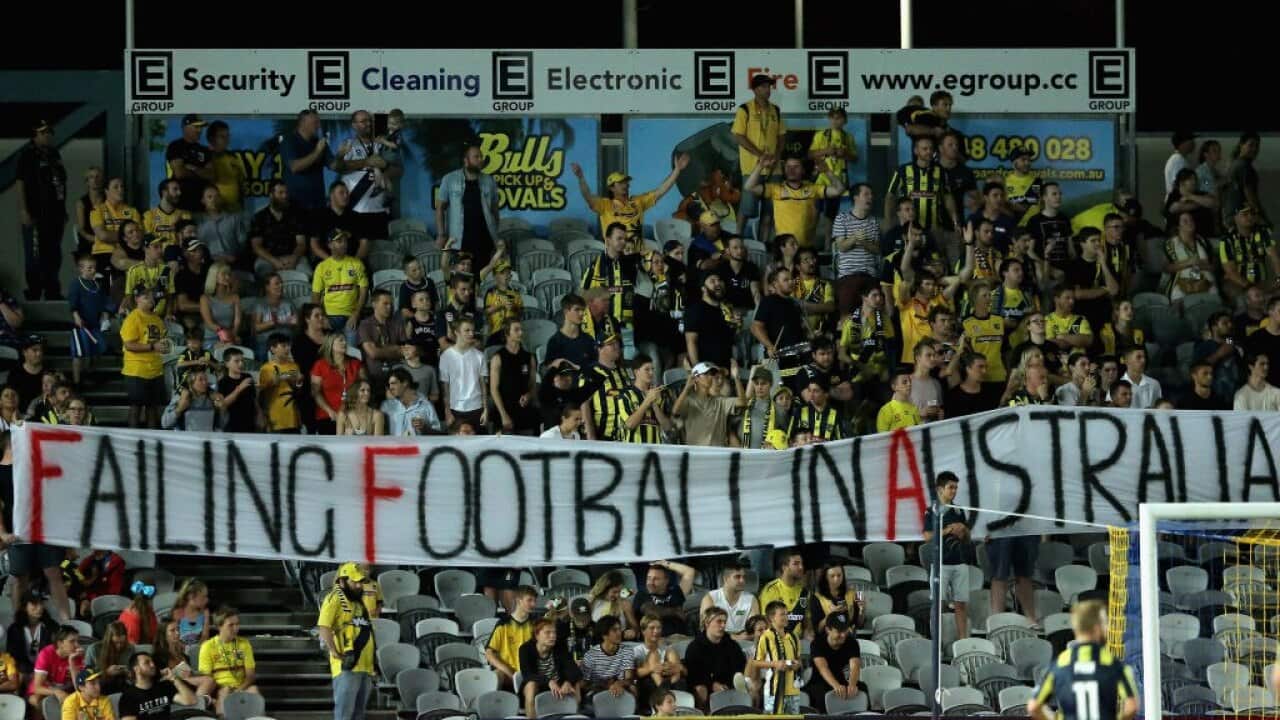 It's the supporters of course and it is time for them to spring into action and tell the powers-that-be in no uncertain terms that they have had enough.

Fans in any sport hold a strong position, let's not forget this, and they should use it.

This is an opportune time for those fans who support the game with their hard-earned week in week out to forget their rivalries and set up an association in order to have a greater voice in the game's decision-making process.

Advertisement
Global football used to be the game of the people but it has been hijacked by the corporate world. Australia is no different.

There is no doubt that the frustrated fans are suffering most from our game's dismal state of affairs that is characterised by incompetence, greed and lust for power.

And the sooner Football Federation Australia, the A-League clubs and the state federations recognise that without fans there can be no game the better it will be for one and all.

Australian football fans have had to put up with far too much controversy, mediocrity, uncertainty and animosity on and off the field in the last few years.

Matters seem to have come to a head this season with the escalation of the civil war between FFA and the clubs over the size of the congress that forced FIFA to intervene, the resignation of Ange Postecoglou that left the Socceroos without a coach six months from the World Cup, the introduction of VAR that caused more controversy than it was supposed to eliminate and terrible scheduling for league matches many people did not even know about.

The fans' patience is already wearing thin as evidenced by dwindling crowds and diminishing eyeballs.

This situation is a great shame because the football provided is often not too bad and fans have generally been as loyal to their clubs as can be in the present poisonous climate.

But FFA and the clubs seem to be doing their utmost to test the fans' loyalty with strange and contentious decisions.

Which is why Perth Glory chairman Tony Sage's hardly believable idea of taking a home match to South-East Asia and his suggestion that the A-League should expand into Asia do not make sense.

I can think of no better way for a club to lose their own fans than by taking games away from home. The Central Coast Mariners faithful were not too impressed when owner Mike Charlesworth took games away from Gosford and for a while they voted with their feet.

And what makes Sage think that enough fans in Australia would be interested in watching teams from Indonesia, Singapore or Malaysia to justify the considerable cost of travel to these parts of the world?

Sage claims that any move to tap into a 300 million market in South-East Asia should not be dismissed.

Yet Sage should know that only a proportion of that Asian figure actually follows the game and those who do would rather watch the UEFA Champions League or English Premier League than some inferior A-League match involving players they have never heard of.

Perhaps Sage would be better off making sure Perth provide better football for their own fans than coming up with these fanciful ideas that clearly show where his priorities lie.

The outspoken chairman has put a lot of money into the club and he is entitled to find ways to recoup some of his considerable losses but basically showing disregard for the fans is not the best way to go about things.

Keep the fans and you have a chance ... neglect them and you lose everything.

Much has been said and written about how the FFA congress should be composed but as always the needs of the fans have been overlooked.

Which is why fans from all levels of football should seek representation in FFA's decision-making process.

One single vote probably would not make too much of a difference when so many hungry sharks are at play but the fans' presence at the big table would give them a voice in the way football in this country is managed.

A united fan base might be the game's last hope.