A-League club chiefs fear their pursuit of a $6 million slice of Football Federation Australia’s new $56 million per season TV rights deal with Fox Sports has been undermined by the detail of an agreement they believe they should have been briefed on. 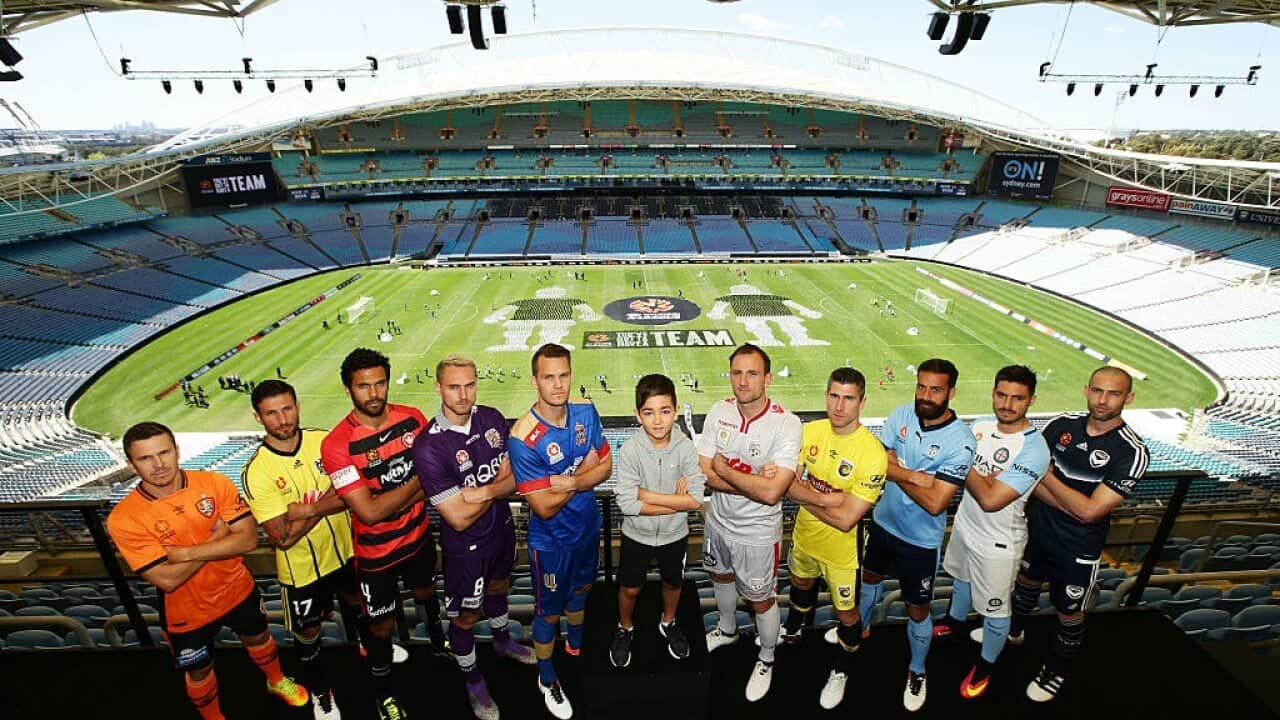 A-League clubs are concerned they may be left short-changed by the new TV deal signed with Fox Sports Source: Getty Images

A number of the 10 A-League chiefs are concerned their ambitions of a doubling of the $2.5 million central grant could be fatally damaged by the possibility that the current free-to-air rights, which SBS paid $7 million for per season, could end up in the hands of one of the commercial channels for as little as $4 million.

And that would make it even more likely that predictions of a grant of around $3.6 million for next season are on the mark.

The clubs – who were not told about the deal until it was done - fear there may be no free-to-air bidder, once the destination of the sought-after Big Bash series is determined, leaving Fox Sports, as the fall back option, to pick up the fifth match for as little as $2 million.

FoxSports could then enter into a separate deal with a free-to-air network to on-sell those rights for considerably less than the $10 million the FFA is currently seeking, potentially leaving the clubs and the governing body out of pocket.

The clubs -  who now speak as one voice through the Australian Professional Football Clubs Association – believe that since they are at the forefront of generating income for the game, they should be the first to receive a hefty share of rising remuneration from media partners.

The APFCA said in a statement they were seeking "immediate assurances from the FFA regarding the future distributions and associated financial models required to ensure the sustainable financial health of the League".

But FFA CEO David Gallop said a percentage figure on how much the clubs will receive is still several months away, though it would be expected to rise significantly.

Some club chiefs believe they should have been front and centre of the negotiations and should still play a role in the free-to-air component, having been left on the side-lines so far.

One proposal would involve them hammering out a deal with a commercial channel the value of which would, in part, be determined by the ratings that games generate and include the cubs doing their bit by financing the acquisition of at least one marquee player per team to make the product more attractive.

The six-year deal with Fox doesn’t match the $80 million expectations of the FFA, even taking into the account the extra $10 million it hopes to rise from a free-to-air partner.

Central Coast Mariners owner Mike Charlesworth is one owner looking for clarity on how much the clubs can expect from the FFA grant, with his initial assessment of the TV deal, and what it might mean for his club, lukewarm at best.

Though he declined to comment on any broader issues than the Mariners, Charlesworth said: “This deal doesn’t look, at this stage, like it’s going to help our situation.

“We are waiting with baited breath to see what we are going to collect (in terms of on-going grants).

“It doesn't give us any clarity over our future sustainability, and it’s a concern to us as I think it would be also to the other smaller clubs.

“Indications appear to be now that we are going to receive a lot less than we were hoping and expecting, unless FFA changes its formula. If that were to happen, then maybe we’d get what we want.”