Melbourne Victory's stirring win over Shanghai SIPG in their opening group match of the AFC Champions League has raised hopes that the Australian club can reach the knockout phase of the competition for the first time. 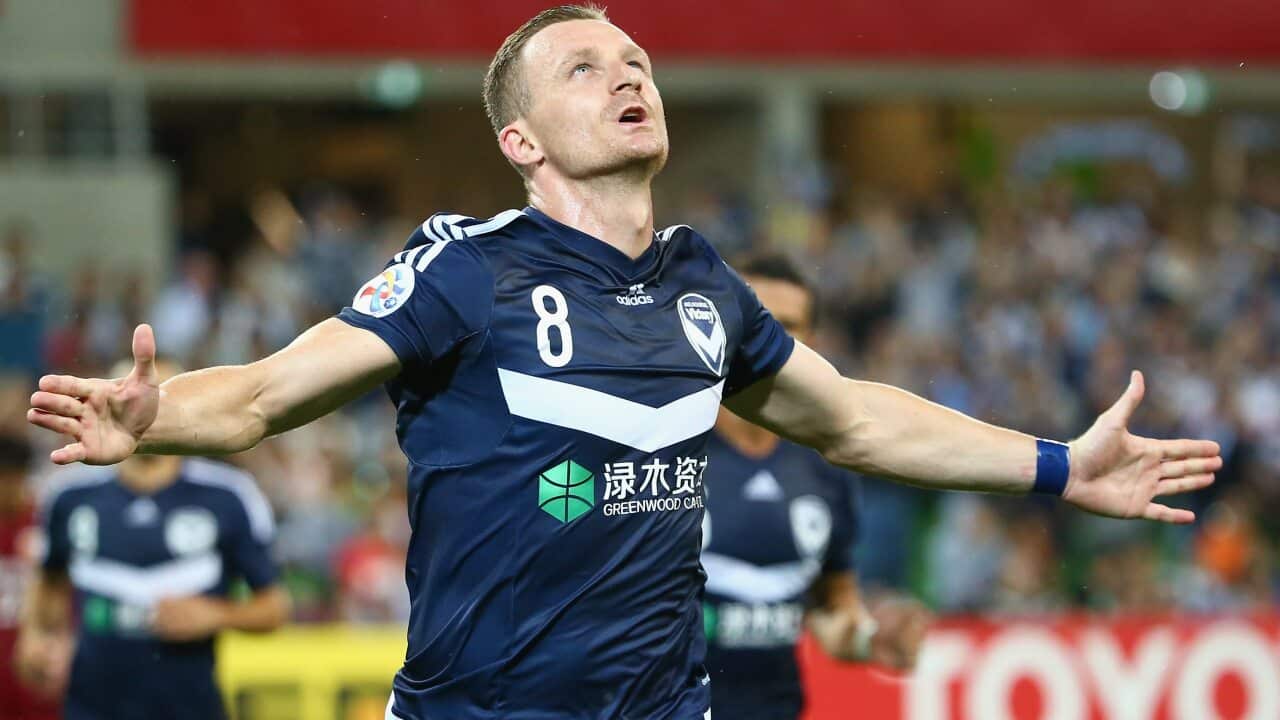 Victory have failed to proceed from the group stages of Asian club football's blue riband event in four attempts.

But a 2-1 result over a skilful side managed by Sven-Goran Eriksson has put Kevin Muscat's team in the best frame of mind for the remainder of the group phase.

Advertisement
It was only the second time Victory have kicked off their Asian campaign with a win.

On Wednesday night Victory will play in Japan against old foes Gamba Osaka, who earned a 0-0 draw in their first game at Korea Republic's Suwon Bluewings.

Victory played very well against Shanghai, even though they needed a controversial penalty that was expertly tucked away by striker Besart Berisha to get the points.

But it was Frenchman Mathieu Delpierre who stole the show with a majestic performance that not only foiled (almost) anything Shanghai threw at Victory but inspired his fellow defenders to lift their individual and collective game.

Victory caught the eye with their dangerous attacks built on speedy movement and slick passing but it was the defence, too often the side's Achilles heel, that brought home the bacon.

Muscat will demand more of the same when Victory face Gamba, whom they have previously met twice in the competition.

If Victory manage to come away with a win or even a draw from Suita City Football Stadium they would enhance their chances of surviving Group G and securing a berth on the round of 16.

Western Sydney Wanderers' history-making triumph against all the odds in 2014 - when they beat Saudi Arabia's Al Hilal in the final could - turn out to be a one-off achievement for the cash-strapped Australian clubs, especially now that China has joined the big league in Asia thanks to seemingly bottomless economic might.

But what the Wanderers did was give the A-League a shot in the arm and a spring in their step.

The moral to the fairytale is: If a young club like the Wanderers could take on Asia's finest and beat them fair and square why can't any top Australian club do the same?

Wanderers coach Tony Popovic certainly did not have the talent pool that some of his opponents enjoyed but he managed to beat them by employing the better tactics, applying a fighting temperament and bringing the best out of his players when it mattered most.

All the riches in the world cannot buy this sort of stuff.

Muscat and his players did this very well against Shanghai in a compelling match that was an excellent advertisement for the competition.

It was a shame that the game attracted just under 10,000 people.

It was twice as good as the weekend's fiery yet technically starved 'Big Blue' that ended 1-1.

Sydney FC, Australia's other representative in the competition, fared much worse against a poor Urawa Reds side and will have no complaints about a 2-0 defeat that put Graham Arnold's team on the back foot.

Defensive errors cost the Sky Blues dearly but all in all it was a poor performance against a modest side that on this form will not go too far in the competition.

It does not get any easier for the Sky Blues when they host holders Guangzhou Evergrande at Allianz Stadium on Wednesday.

But herein lies the challenge for Sky Blues coach Arnold.

Faced with a set of players who probably earn more between them than most players in the A-League - not to mention 2002 World Cup-winning coach Luiz Felipe Scolari - Arnold must find ways to make full use of the Australian clubs' physicality and temperament to combat the foreigners' superior technique.

Especially since Guangzhou, like Shanghai, are not in peak match condition ahead of the Chinese Super League season kicking off at the weekend.

It is not an impossible mission. Popovic got the better of Guangzhou's Marcello Lippi two years ago and Muscat did likewise to Eriksson last week.

Who's to say Arnold can't dish out the same punishment to Scolari?