It took Central Coast Mariners coach Paul Okon just one training session to realise that the stiffest challenge he faced in his new job was to lift the spirit of a gifted but deeply demoralised squad. 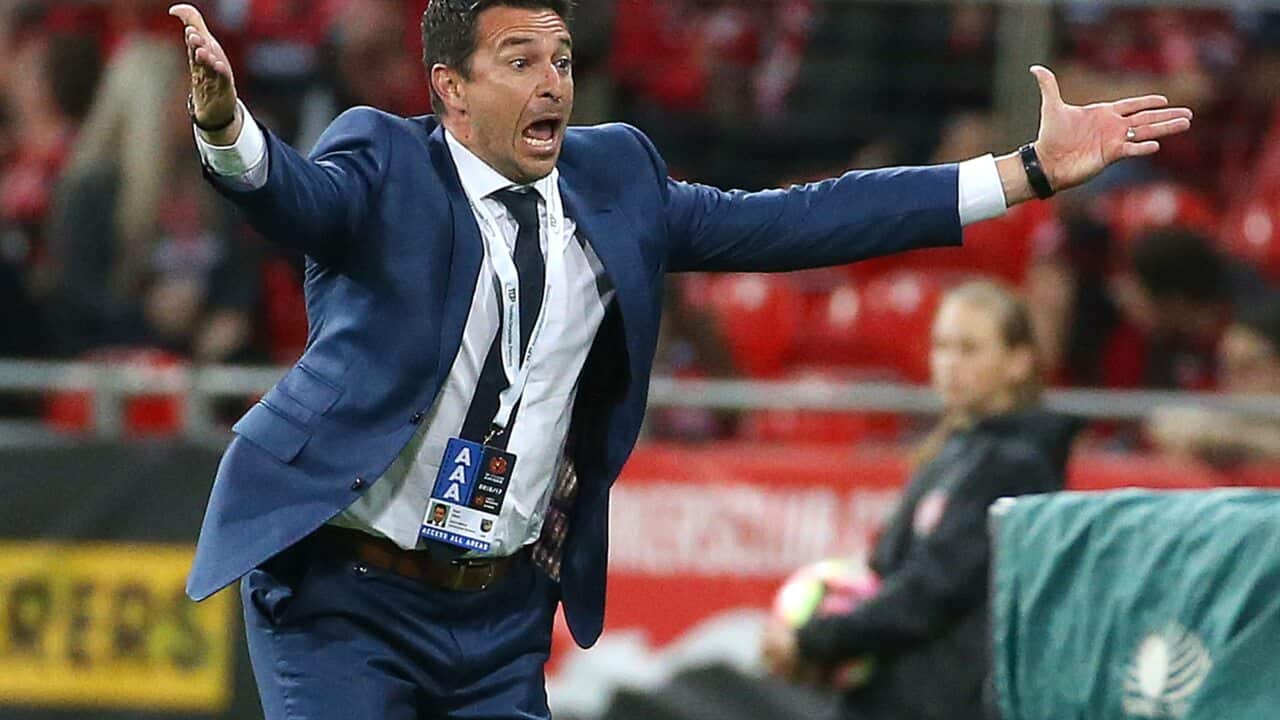 Paul Okon has brought the belief back to the Mariners Source: AAP

Okon was named head coach in August after Tony Walmsley's Mariners crashed out of the 2016 FFA Cup when they lost 2-1 to Victorian part-timers Green Gully in the Round of 32.

It was the first club appointment for Okon, 44, who served for several years as Australia's Olympic and Under-20 teams.

"We (the Under-20s) actually played the Mariners in a training game two weeks before I got the job," former Socceroos midfielder Okon said.

"But when I got the call and took on the job with the club I found a group of players with little or no confidence.

"With the Mariners finishing bottom of the league last season and the team already out of this year's cup, morale was low.

"I knew there and then that my first job would be to rebuild the players' confidence and belief.

"If you don't believe in what you're doing or in what you can achieve, that's going to make things very hard to move forward.

"I did not find that too difficult. We spoke about things clearly and everyone understood what sort of football I wanted the team to play.

"The mental part was my biggest challenge ... getting things right on the training field then doing it again in the matches.

"The confidence is slowly returning and everyone can see that we are improving in games.

"It has been a gradual improvement and there was never a moment in which I said to myself that we're struggling to achieve what I want."

In their Round four clash this season, the Mariners sprang a mini-surprise by holding the Wanderers to a 1-1 draw.

But what really surprised many fans was Okon's appraisal of Central Coast's 4-0 defeat at the hands of Sydney FC two rounds earlier.

Okon's claim that the Mariners were the better team on the day raised many eyebrows and prompted pundits to suggest that he acted that way to publicly support his players.

"I still stand by those comments and I will always back my players regardless, anyway," Okon said.

"There are two ways to look at a football match: from a technical and spectator's point of view.

"We were the away team and Sydney were just sitting back and waiting because of the way we approached the game.

"They profited from the mistakes that we made and we had opportunities to score goals that we created.

"I repeat, we were the better team but unfortunately mistakes cost us and we ended up losing the game."

The Mariners however showed glimpses of their offensive potential in going down so heavily at Allianz Stadium.

Wingers such as Fabio Ferreira and Connor Pain have become among the league's most dangerous forwards and Okon said he would be foolish not to try to maximise their skills.

"We have four good wingers with a lot of speed," he said.

"It certainly is part of our game (to use our wingers). They are major weapons and I would be crazy not to try to make the best use of them but we are a lot more than having fast wingers.

"It's not just a question of getting the ball to them as quickly as possible. It's got to be done through good build-up play but once we get the ball into those areas ... well, that's what wingers are for and that's how we can hurt the opposition.

"We want to be consistent and show a real desire to win every week and I'm confident that with the right mentality we will win more games than we lose.

"At the end of the season we'll assess our season and hopefully our supporters will be proud of their team."

The Mariners have controversially taken some of their home games to Canberra in the last few seasons in a bid to widen their support base.

It is a move that has not gone down very well with many fans.

So what does Okon think about this situation? Is it having a destabilising effect on the team?

"It is not something that I have given too much thought to," he said.

"All I will say is we cannot bring this as an excuse for our poor performance (2-0 defeat) against Wellington in Canberra.

"We have shown this season that we can get results away from home. We beat Adelaide and drew with Perth and the Wanderers.

"So playing two home games away from Gosford should not affect us too much."