J.League switch on the cards for Mariners' Duke

Central Coast Mariners forward Mitchell Duke is set for a sensational switch to the J.League with Shimizu S-Pulse believed to be ready to table a formal offer to the club for his services. 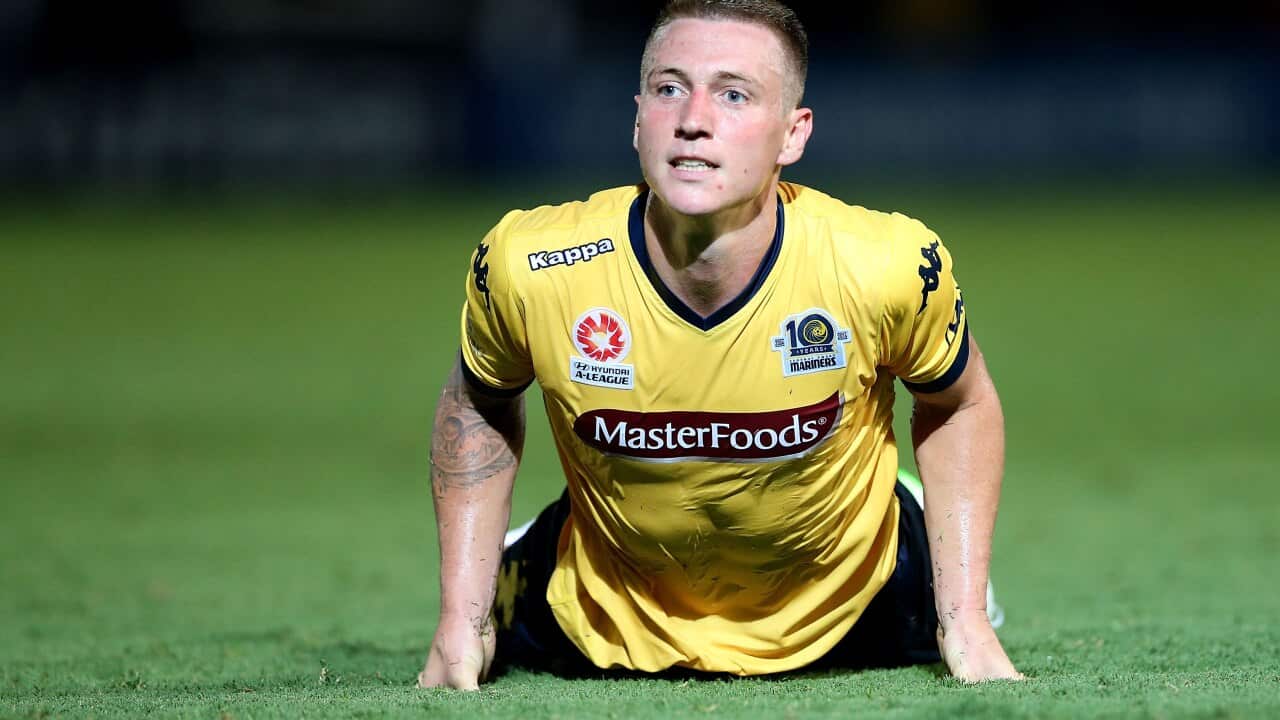 The Hyundai
A-League
is LIVE on Fridays 7.30pm (AEDT) on SBS ONE, SBS HD and online

The World Game understands several Shimizu officials, including its sporting director, will depart Japan this evening and attend the Mariners' Round 16 game with Adelaide United in Gosford on Saturday evening.

The striker, who turned 24 a fortnight ago, is understood to have impressed the club's scouts with his eye for goal and physicality, and his adaptability to play anywhere across the forward line.

Advertisement
It's understood that both clubs are close to a formal agreement and Duke could be on his way to Japan as soon as next week.

Duke has scored three goals from 11 starts this season including a brace in the club's recent win over Melbourne City.

There are already firm links between Shimizu and Australian football with current Sydney forward Alex Brosque enjoying a successful stint with the club between 2011-2012 and Shinji Ono moving to the Western Sydney Wanderers from the same side in 2012.