Don't read too much into Manchester City's first loss in all competitions this season against Shakhtar Donetsk: they are still the team to beat in the UEFA Champions League and no one would like to face them in the round of 16. 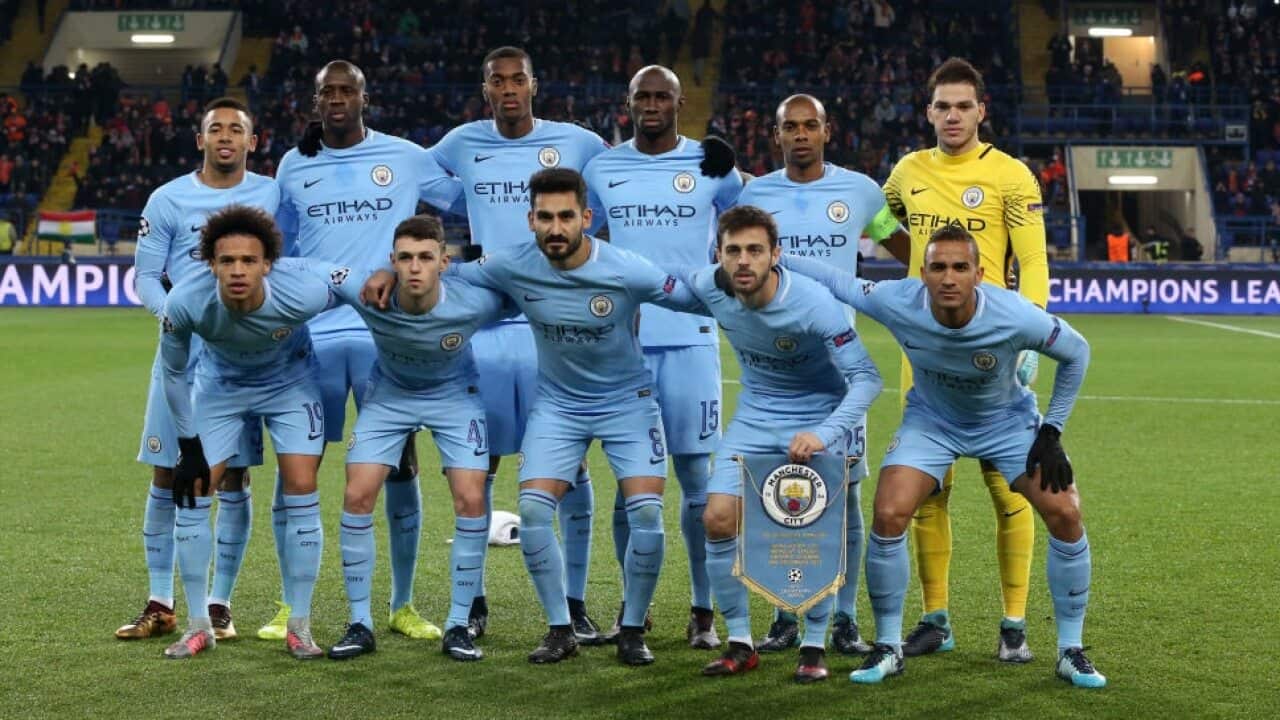 Pep Guardiola's team had already qualified for the knockout stages as group leaders and with a Premier League blockbuster against Manchester United coming up at the weekend the coach unsurprisingly picked a second-string side in what for them was a dead rubber.

The 2-1 loss in the Ukraine therefore should not overshadow the fact that City's spectacular transformation from a troupe of flamboyant stars to a ruthless champion team is likely to be rewarded with their first Champions League title.

They certainly have come a long way since they were once dismissed by former United manager Alex Ferguson as "noisy neighbours".

Despite the meaningless defeat in the Ukraine, Guardiola's side are still seen as hot favourites to land the big prize in the final at the Olympic Stadium in Kyiv on May 27 (AEST).

Manchester would thus become only the second city after Milan to provide two winners of football's greatest club competition that kicked off in 1955 and was commonly known as the European Cup before it was expanded and became the Champions League in 1992.

AC Milan and Inter Milan won the competition 10 times between them while United prevailed on three occasions.

City are still unbeaten in the Premier League and unless there is a dramatic reversal of form they should be crowned champions by Easter and thus be able to concentrate entirely on their bid to conquer Europe's highest peak.

Former champions Liverpool have a formidable strike force and are scoring many goals at home and away but Jurgen Klopp's suspect defence has been caught out in the big games.

And as the saying goes, forwards win matches but defenders win titles.

Stuttering holders Real Madrid have major issues on and off the field and star striker Cristiano Ronaldo, who apparently wants out of the place, is a mere shadow of his imperious best.

Coach Zinedine Zidane led Madrid to two European titles since he took over in January 2016 but his honeymoon is over and the Frenchman faces the stiffest test of his young managerial career as he tries to get Madrid back on track after a disastrous few weeks.

The FIFA Club World Cup in the United Arab Emirates will not come at a good time for Madrid.

The 'Merengues' are expected to beat the winners of the quarter-final between the UAE's Al Jazira and Japan's Urawa Reds on 14 December and face Gremio of Brazil in the final three days later.

City have no such technical, internal or logistical problems and it really would surprise no one - least of all themselves - if they were to storm into the Euro final.

:: The Spanish capital is still the only city to provide both teams in a Champions League final. It happened twice in three years when Real Madrid beat Atletico Madrid in 2014 and 2016.