Colo Colo were crowned Campeonato Nacional champions on the weekend, but their match against Santiago Wanderers was marred by crowd violence, resulting in the match being abandoned. 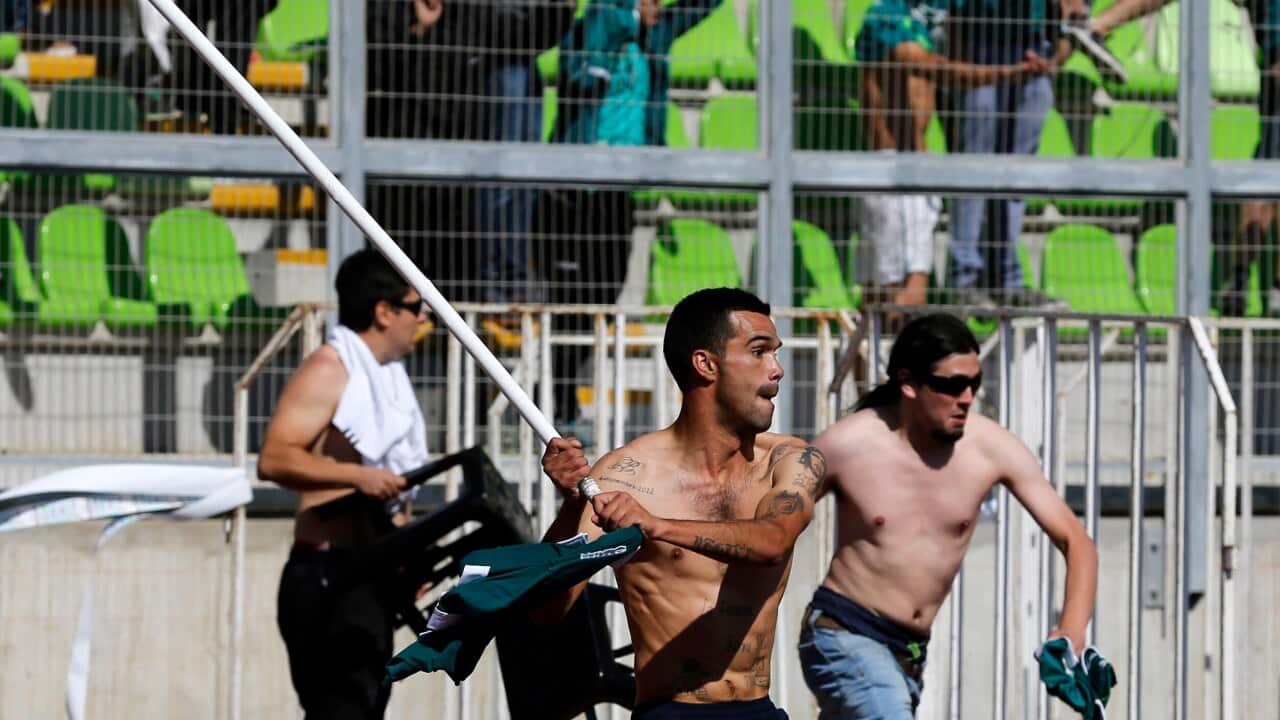 Fans clashed with flares, chairs and metal poles forcing the referee to stop the match, while Colo Colo fans invaded the pitch, attacking cameramen and photographers.

Advertisement
Colo Colo manager Jose Luis Sierra condemned the scenes: "We have fought all season to arrive in first place and then sadly these incidents happen. It makes us sad, but the big loser is football."

Barcelona keeper Cluadio Bravo also spoke out after players, coaches and officals had to flee to their dressing rooms.

The Chile international took to Twitter to saying: "It's the same old story. The criminals in power. We want a safe Chile. Enough."

There were several violent incidents before the game, with one group of supporters being attacked while they were driving to the ground and a restaurant in the city centre being damaged due to clashes between rivals fans.

The Chilean Football Federation is yet to confirm when the game will be replayed.