Former Sydney FC rising star Chris Naumoff has suggested the A-League club may have had evidence of his heart condition, months before he found out. 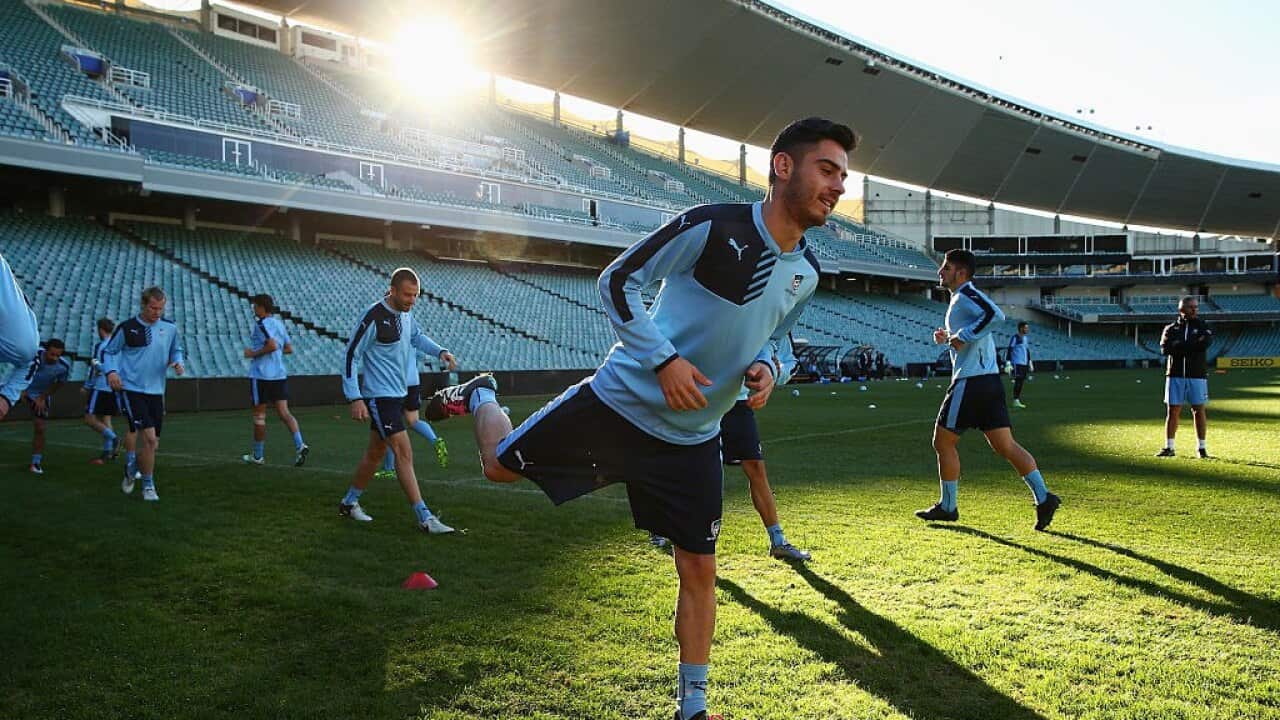 Naumoff made his professional debut for the Sky Blues at 18 and represented Australia at Under-20 and Under-23 levels.

After three seasons with the A-League outfit, the 21-year-old was destined for great things after completing a dream move to Spainish Segunda Devision club Numancia.

"I flew over (to Spain), was put into my apartment and saw the world at my feet," Naumoff said.

But after an electrocardiogram (ECG), Numancia's cardiologist diagnosed Naumoff with Hypertrophic Cardiomyopathy, also known as HCM, and youngster's dream came crashing down.

The condition is a genetic one, which can cause sudden death when the heart is put under extreme exertion.

"Obviously, it was a total shock, which I wish upon no one to see their dreams come crashing down within a day," Naumoff said.

Until this year, cardiac screening and ECG tests were recommended by Football Federation Australia, but not mandatory.

Under the latest Minimum Medical Standards agreement, each A-League Club must ensure that a 12-lead-resting ECG test is conducted in a player's first year with a club and at least once every two years thereafter.

"The form must be signed by the player and club doctor. Every contracted player who played in the A-League last year completed this form."

But Naumoff has alleged he was not given an ECG at any time in his three years at Sydney until February this year, during which the 2015-2016 season was still underway.

"We were informed the day before training that we were to be called into training to have an ECG test done for that reason," he said.

"Obviously, each and every player had that test done. I heard nothing back from the results. So as you would guess, I thought everything was fine.

However, as Naumoff soon found out months later in Spain, everything was not fine.

"The results did show that there was something wrong with my heart and that I did need further testing. I wasn't made aware of this. Why that's the case? I'm not sure," Naumoff said.

"But this is definitely a thing that's on the results and something that should have been taken further at the time."

While Naumoff went on to play six more games for Sydney FC, he said he'll never know how close he came to death during those matches.

SBS sought a response from Sydney FC to the allegations and the club issued a statement: "As a club, Sydney FC does not disclose the confidential medical records of its players to the public.

"Christopher did not accept the offer from the club. Sydney FC is saddened by the untimely retirement of Christopher and wishes him well in his future endeavours."

But Naumoff has hit back and said he still has questions for his former club.

"The question was asked and in terms of getting an answer from whoever needs to answer these questions is still up in the air," he said.

Meanwhile, Professional Footballers' Association Chief Executive John Didulica said cardiac screening is an issue that must be tackled by all stakeholders, especially the clubs, but believes that Chris Naumoff's case seems to have slipped through the cracks.

"Thankfully in Chris's situation the standards that existed in Spain caught his specific condition and we've been able to intervene before what would have been a terrible event," Didulica said.

"I don't think these testing regimes are about pointing the finger or about apportioning accountability to any one person.

"I think, as an industry, we all have to accept what responsibilities we have to young professionals, young people, be they boys or girls putting their livelihoods or their health of the hands of clubs and federations.

"Those clubs and federations need to ensure that they're adhering to the high standards of medical care."