It is common practice for several Australian players that made a name for themselves abroad to return home in the latter years of their careers to 'give something back to the game' down under. 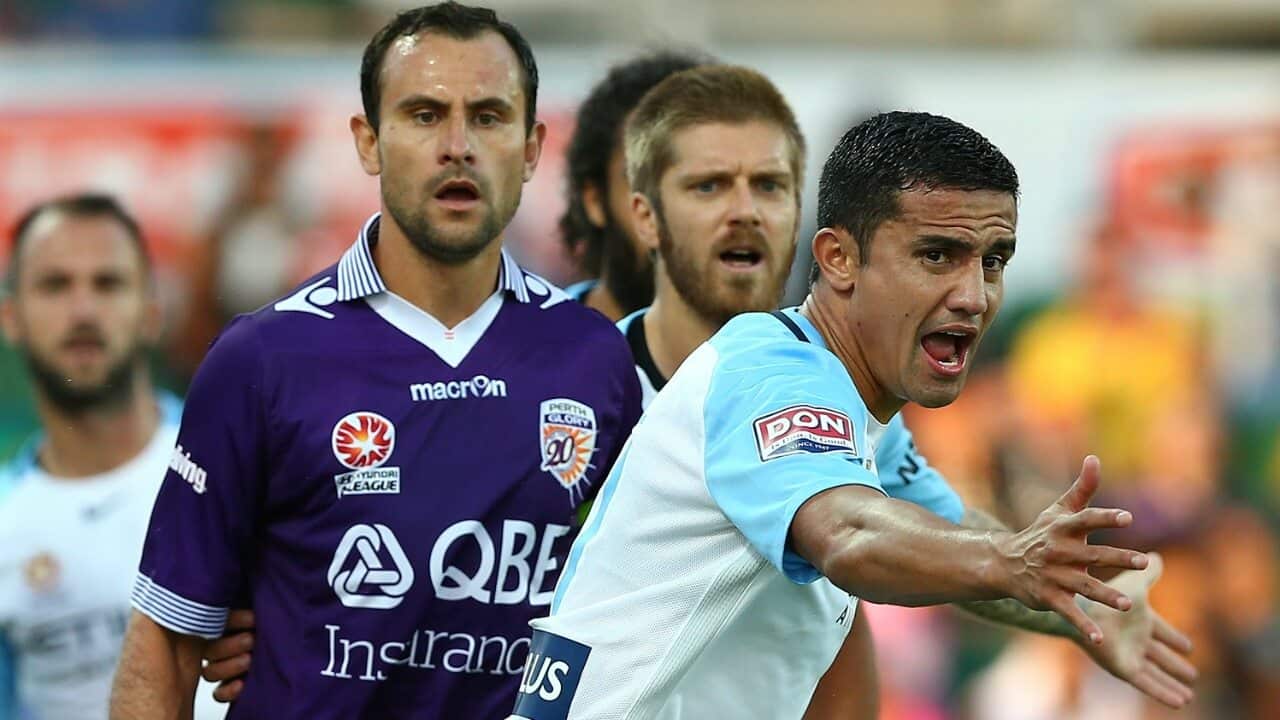 Tim Cahill and Richard Garcia both made their name overseas before returning to the A-League Source: Getty Images

It is one of the most cringeworthy cliches that surround football in Australia, up there with 'we'll take every game as it comes' and 'there's still a long way to go and anything can happen'.

Several returning Aussie stars and would-be stars should spare us the suggestion that the reason they come home for a final payday is to give something back to the game that launched their career.

Please, give us a break!

Advertisement
In most cases - and the point is emphasised that not all players and circumstances are the same - the reason the better known Australians choose to play out the final year or two of their careers in Australia is because they have run out of options abroad.

Most Australian players would tell you that they are most likely to earn more abroad and they would much rather carry out their profession in a proper and genuine football environment that is prevalent in most of Europe, which is where most Aussies would love to play.

No Australian player with a smidgin of ambition would trade European football for the A-League, all things being equal.

And if they come here, it most probably means that things did not work out for them overseas.

A footballer's career is relatively short so one should make the most of one's opportunities.

Footballers, remember, are tradespeople and understandably they offer their services to the highest bidders. It's as simple as that.

Another point that needs to be made about this is that Australian players do not owe the game in Oz a great deal anyway and they should not feel compelled to 'give something back' at some point in their careers.

Any success they might have achieved abroad would be down to their hard work, determination to make it and ability to fully grasp the opportunity to master their trade in a top class football environment.

Of course, it goes without saying that those players who started their career at the Institute of Sport, for example, would be entitled to say they owe Australian football for launching their careers.

You also hear some horror stories involving Aussie players who are treated poorly by their foreign clubs, sometimes being isolated in a bid to break their spirit and force them to seek a release and on other times not being paid at all.

It is perfectly understandable for such players to seek refuge in the A-League.

But there is no reason for returning players to engage in such bland statements that appear to convince no one.

What's wrong in players being up front when they sign on the dotted line?

So the bottom line is that Australian stars are more than welcome to finish their careers among us but, please, let's do it without the boring cliches.