Sticca wants Canberra to be the home of FFA Cup final

Leading sports entrepreneur Lou Sticca has called for the FFA Cup final to be played on a regular basis in neutral Canberra. 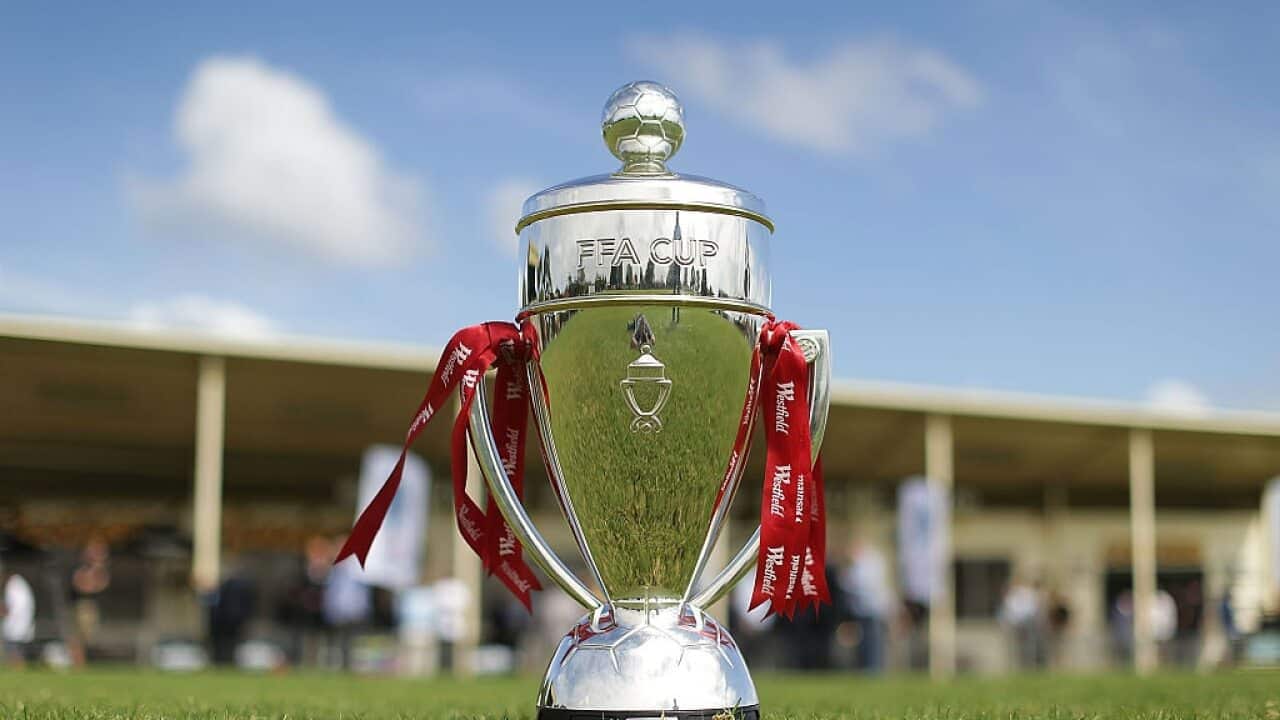 As controversy rages over Football Federation Australia's decision to give Melbourne City home advantage in the forthcoming final against Sydney FC, Melbourne-based Sticca said the current format was unsatisfactory and needed a change.

City and Sydney will clash at AAMI Park on November 30 in both clubs' first final.

"I'd like the final to be played at a neutral venue," said Sticca who was responsible for enticing Dwight Yorke and Alessandro Del Piero to the A-League and for organising many tours Down Under involving famous clubs like Liverpool, Arsenal, Tottenham Hotspur, Chelsea and Juventus.

Advertisement
"Canberra would be the logical and fairest choice.

"It is in a very central location, it has a perfect ground and a good airport that would make it easy for fans to fly in and out. It's not that far to drive form Melbourne and Sydney either.

"The cup final should become an iconic event in Australia's football calendar.

"Cricket has its Boxing Day Test in Melbourne so why can't football have its own big day out in Canberra? It would be the dream that we all want. How romantic would that be!"

Sticca said the cup deserved a grand finale befitting the success of the three-year-old competition that has struck a chord with clubs, players, fans and the media.

"I would suggest a one-week break from the A-League over Christmas to accommodate the cup final," he said.

"I am sure the Australian Capital Territory government would be only too glad to help out financially and make the Canberra cup final happen.

"But the final will have to be held on the weekend ... midweek matches do not work too well in Australia.

"Imagine what a great party it would be for both sets of travelling fans."

Sticca said he was sure Canberra would be a perfect host for the match but the arrangement should not be permanent.

READ MORE
Memo FFA: Don't mess with the Cup
"Canberra could be awarded the final for, say, four or five years then some other city can bid for it," he said.

The selection of the final venue has met with constant criticism since its inception three editions ago.

Perth Glory reached the final twice but were forced to play Adelaide United at Coopers Stadium in 2014 and Melbourne Victory at AAMI Park in 2015. They lost both finals.

Sydney chairman Scott Barlow came out strongly against the decision to award Melbourne with this year's final, claiming the governing body "got it completely wrong and it was a slap in the face" for the Sky Blues fans.

FFA have said that the main reason for choosing AAMI Park was to maximise attendance and broadcast numbers.