This current Sydney FC team is one of the greatest in Australian football history, club legend Terry McFlynn has declared ahead of their blockbuster A-League grand final with Melbourne Victory. 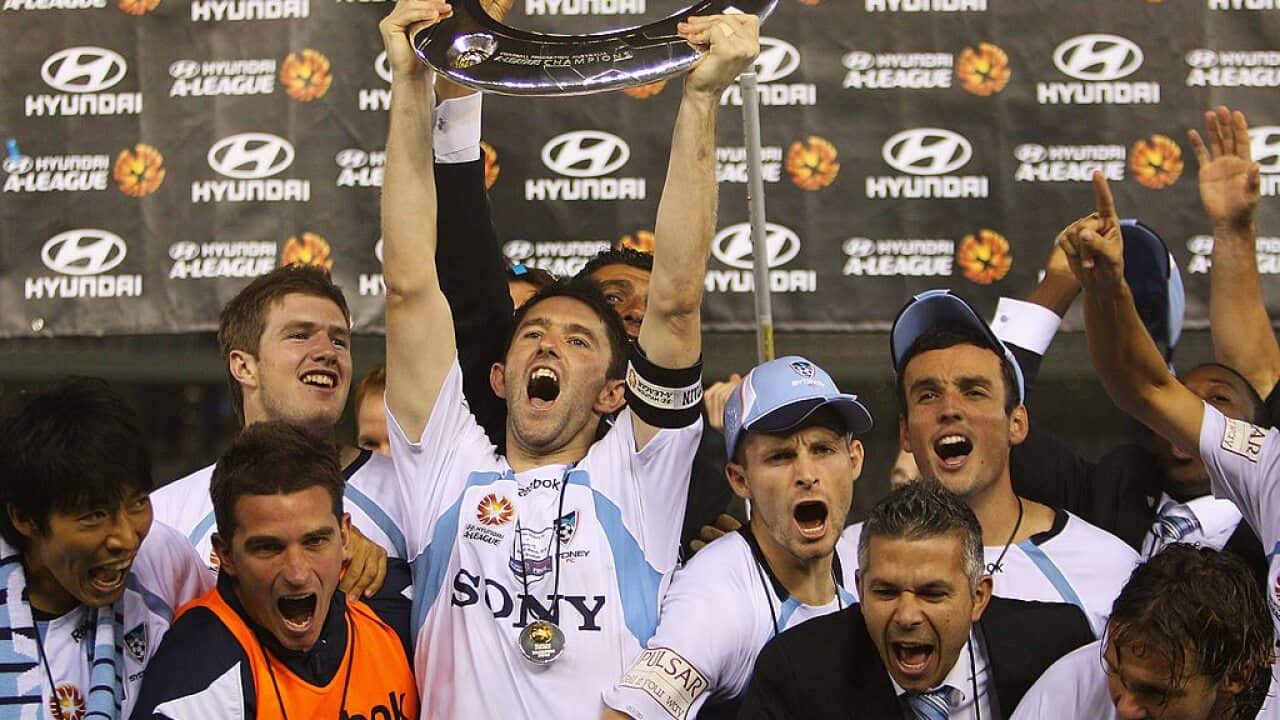 McFlynn, who captained Sydney to a penalty shootout win over Victory in the 2010 grand final in Melbourne, has been with the club since day one and was also a member of the team that won the inaugural championship in 2006.

McFlynn, who is the club's football manager, has heaped praise on the set of players who won the Premiers' Plate by 17 points and are hot favourites to land a famous double at Allianz Stadium on Sunday.

"For me this is one of the best teams Australian football has ever seen and I'm sure the boys will not let this opportunity to be regarded as such," McFlynn said.

"To accumulate 66 points from a possible 81 is a remarkable achievement in itself and to concede so few goals and score as many as we have is a record-breaking stat.

"Victory at Allianz would be a fantastic achievement and a reward for our efforts this season. The boys deserve to win on Sunday.

"The grand final will be the sort of occasion we embrace as a football club.

"We keep striving to be the best and Sunday will give us the opportunity to prove it."

While glowing in his praise for the Sydney FC's current crop, McFlynn said he wasn't able to say if this year's team was better than the Sky Blues outfit who lifted the maiden A-League trophy in 2006.

"Football as a whole has evolved since we last won the title and in terms of our team it transcends eras and generations," he said.

"I cannot compare this team with the one that won in 2006. I would not know where to start, to be honest.

"We are very strong and we have been favourites in every game we played this season so we will be favourites again going into the game and that stems from the statistics.

"We have led the league uninterruptedly since day one when we beat Western Sydney Wanderers 4-0 till the 27th round when we beat Newcastle Jets to lift the Premiers' Plate."

As a former holding midfielder, McFlynn fully appreciates the contribution of Sydney's defence towards their record-breaking exploits.

He certainly is a firm believer in the old adage that forwards win matches but defences win championships.

"You only have to look at the number of goals conceded (only three at home) and the personal accolades (Danny Vukovic, Rhyan Grant, Alex Wilkinson and Michael Zullo were named in team of the season).

Victory midfielder James Troisi raised many eyebrows this week when he stated that Sydney's defence was vulnerable.

The Socceroos star based his claim on the fact that Victory had enough chances to draw or even win the three matches in the league this season.

"Look, the stats are written in black and white in every newspaper in the country and I'm sure Troisi is privy to that," he said.

"If he's made that claim that is up to him. It's his personal opinion, it's how your read things. I know what we have done in the last 28 weeks and that is dominate the opposition."