An emotional Oleksandr Petrakov has dedicated Ukraine’s play-off victory over Scotland to the armed forces defending the nation, vowing to do whatever it takes to make their FIFA World Cup dream a reality in Wales. 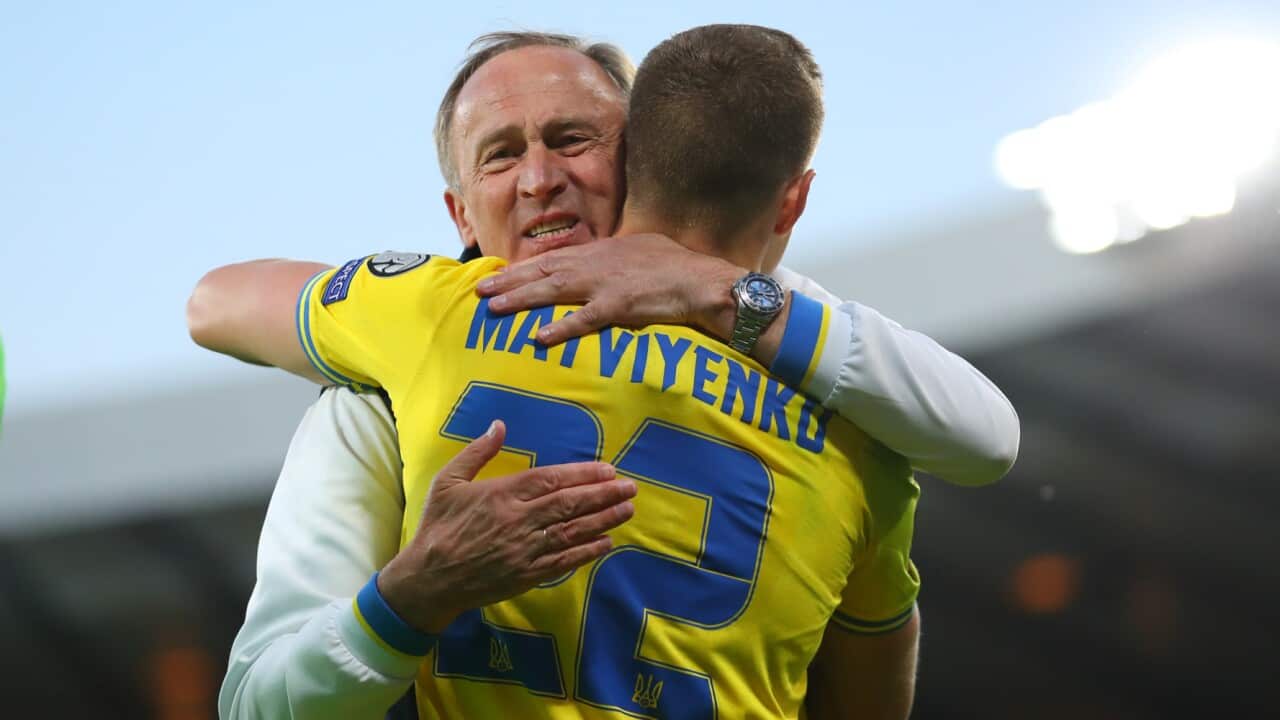 Ukraine’s semi-final play-off marked the nation’s first competitive match since November, having had the fixture postponed due to Russia’s invasion of Ukraine on February 24.

Advertisement
One hundred days of conflict have since followed; a period of unfathomable difficulty for the nation, but one coach Petrakov hopes had a brief reprieve following his side’s 3-1 success at Hampden Park.
“This victory was not for me, was not for the team, it was for our country,” Petrakov said.

“They play for Ukrainians, for people watching back home, for members of our armed forces in trenches or in hospitals. They will say thank you to us and we return this gratitude.

“We played for those who fight in trenches, who fight with their last drop of blood. We also play for people at home who are suffering every day.”

Andriy Yarmolenko, Roman Yaremchuk and Artem Dovbyk found the back of the net to cap off a fine performance from the Blue and Yellow, who had 16 squad members without match minutes since December due to the cancellation of the Ukrainian Premier League.

Such a setback paled in comparison to their reality back home, and the enormity of the situation was not lost on the 50,000-strong Scotland supporters, who were seen applauding their opposition once the full-time whistle sounded.
READ MORE
World Cup qualifying wrap - 32 countries confirmed as Socceroos overcome Peru to reach Qatar
“We want to extend our gratitude to the people of Scotland,” an appreciative Petrakov said.

“To this great, hospitable place. Thank you, Scotland. We will never forget this.”

A trip to Cardiff now awaits Petrakov and his players, who can secure UEFA’s last remaining ticket to Qatar with a win against Wales in the play-off final on Monday (AEST).

Not since 2006 have Ukraine qualified for the World Cup, and that remains the mission Petrakov will hope to accomplish not for any reason other than his beloved nation and its people.

“This was a baby step towards our great aim,” he added.

“We will do everything in Wales that people expect us to do. We want to make Ukrainians proud.”
READ MORE
How to watch 2022 FIFA World Cup LIVE, FREE and EXCLUSIVE on SBS
SHARE
Watch the FIFA World Cup, Tour de France, Giro d’Italia, Vuelta a España, Dakar Rally, World Athletics / ISU Championships (and more) via SBS On Demand – your free live streaming and catch-up service.
Watch now