The stage has been set for the final round of African World Cup qualifying with the third-round ties revealed during the official draw in Cameroon on Saturday. 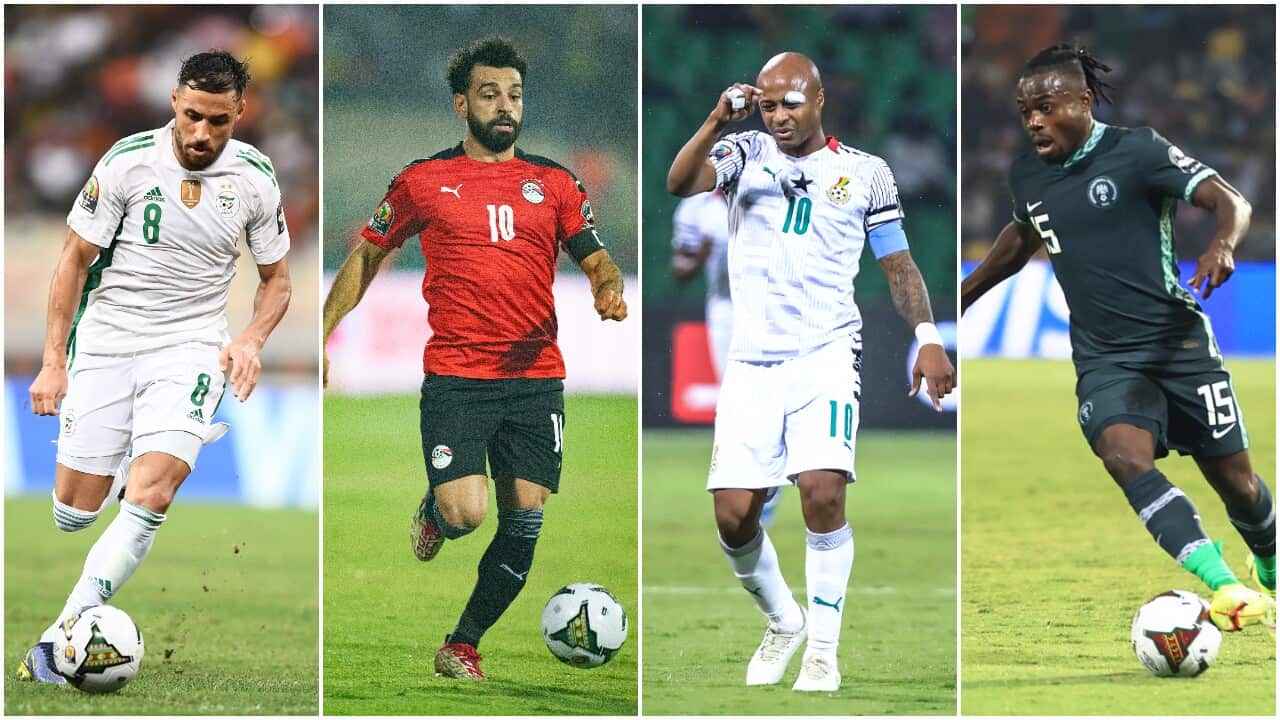 Catch Africa's best teams as they go head to head for a spot at Qatar 2022 with the 10 final matches of CAF World Cup Qualifying LIVE and FREE on SBS On Demand, and select matches on SBS, this March.

Algeria was drawn against Cameroon while Ghana must take on near-neighbours Nigeria in a mouth-watering west African derby.

Algeria and Ghana went home after finishing last in their opening round Nations Cup groups after shock setbacks against tiny Equatorial Guinea and the Comoros Islands respectively and must now bounce back against difficult opponents to redeem themselves and qualify for the World Cup in Qatar in November.

Advertisement
Egypt and Senegal, who are still competing at the Cup of Nations in Cameroon, were drawn together in the World Cup playoffs, pitting two of the five countries who represented the continent at the last finals in Russia against each other.

Morocco were drawn against the Democratic Republic of Congo, who did not qualify for the Nations Cup in Cameroon thereby missing out on valuable practice ahead of March’s two-legged ties.

Mali has a chance to qualify for the World Cup for the first time after being paired with Tunisia.

Both teams are also through to the last 16 in Cameroon, although Tunisia lost two of their three opening-round matches, including an embarrassing 1-0 loss to debutants Gambia on Thursday.

However, Mali face staging their home game on neutral territory after not having any fit stadia to use when they won their World Cup group last year. They played their home games in Morocco.

The 10 countries in Saturday’s draw were all winners of their groups in the second round of African World Cup qualifiers played between September and November.

They now meet over two legs in March to determine a spot at the finals. The exact dates of the matches will be announced in the next few days, said the Confederation of African Football.