What really gets under Sydney coach Arnold's skin

It does not take too much to upset Sydney FC's combustible coach Graham Arnold, a master motivator who leaves nothing to chance in his meticulous pursuit of excellence. 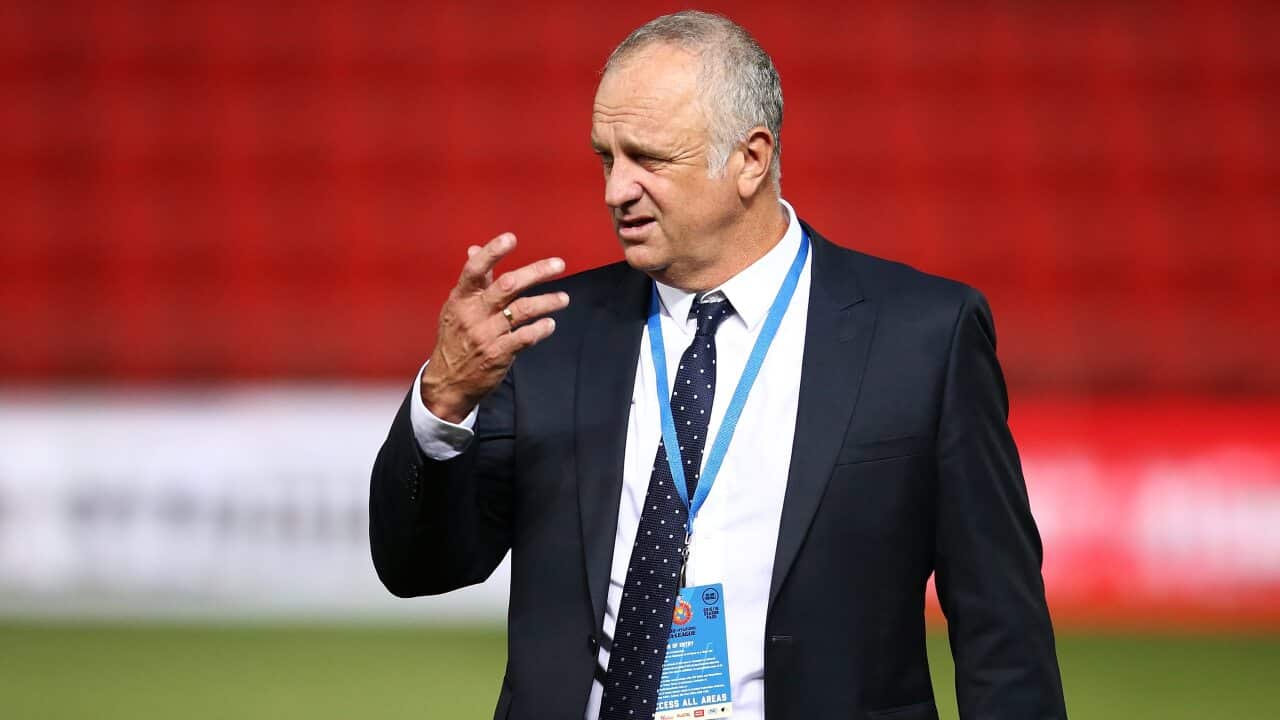 Graham Arnold sought to make up for the poor defeat against Perth Source: Getty Images

He will berate referees for a bad call, he will bemoan the whims of fortune when his teams do not get the rub of the green and he will not think twice about having a go at the media or the game's administration if he thinks they are in the wrong.

He will always speak his mind although he would never criticise his players in public and, put it this way, you would not want to miss a press conference if, for example, Sydney lose a match through a refereeing howler.

Advertisement
Arnie however is like a volcano that erupts in all its fury then goes dormant before you can bat an eyelid.

He is not a man who bears grudges against anyone and he will get on with life as soon as he gets something off his chest. He is that sort of bloke.

There is however one aspect of the job that really gets under his skin and gnaws at him - and that is the nagging feeling that he or his players are not doing the right thing by their club.

The Sydney coach was not a happy chappy after his Sky Blues put in a woeful performance against Perth Glory at Allianz Stadium last week.

He conceded later that that was his worst week since he took the job two years ago.

But the 2-1 Glory debacle that was greeted by boos from the disgruntled fans would become almost a blessing in disguise because it brought home some home truths.

It made Arnold realise that he and his players were letting down the club, the owners and the fans.

"Last week was extremely disappointing," Arnold said after the weekend 1-1 draw with Western Sydney Wanderers in yet another pulsating derby that drew a full house at Allianz.

"That is why I was so angry after the Perth game last week. I probably went off my brain for the first time since Northern Spirit (when he was player/coach at the turn of the century).

"The players heard what I had to say on Monday and today I put players out there who were prepared to fight for Sydney FC.

"This is a fantastic club that has a wonderful family of owners.

"The players get everything off the field and they even get paid early - I'm used to getting paid late or none at all - and the players need to respect that.

"And today they showed exactly what they are capable of.

"We had enough chances to win two games in an outstanding, fighting performance. It was a payback for last week. But that is the minimum every week."

Arnold's dark frame of mind in the days leading up to the derby was not lost on captain Alex Brosque.

"I definitely have not seen Arnie like that in the two years I've been here," he said.

"He was very angry in the few days after the Perth game and rightly so.

"We had come off three weeks without a win and then we put in a performance like that against Perth.

"It really was not acceptable but the derby was much better for us."

The big clash with the Wanderers was the first of five top matches in 15 days.

The schedule will test Sydney's resolve and ability to fight on two fronts and Arnold said he and his players will treat both competitions equally and give themselves every chance to succeed in both.

"The most important thing is we pay respect to both competitions," he said.

"Last year Brisbane Roar played with their youth team in some games towards the end of the season and that is not right.

"We will play our strongest available line-up every week."

That's because his teams and clubs will always come first - loyalty means a lot to Graham Arnold.