Zidane on the cusp of coaching immortality

It is such a shame that the lasting image of flamboyant Frenchman Zinedine Zidane the footballer will most probably be his moment of madness that signalled the end of his extraordinary career 11 years ago. 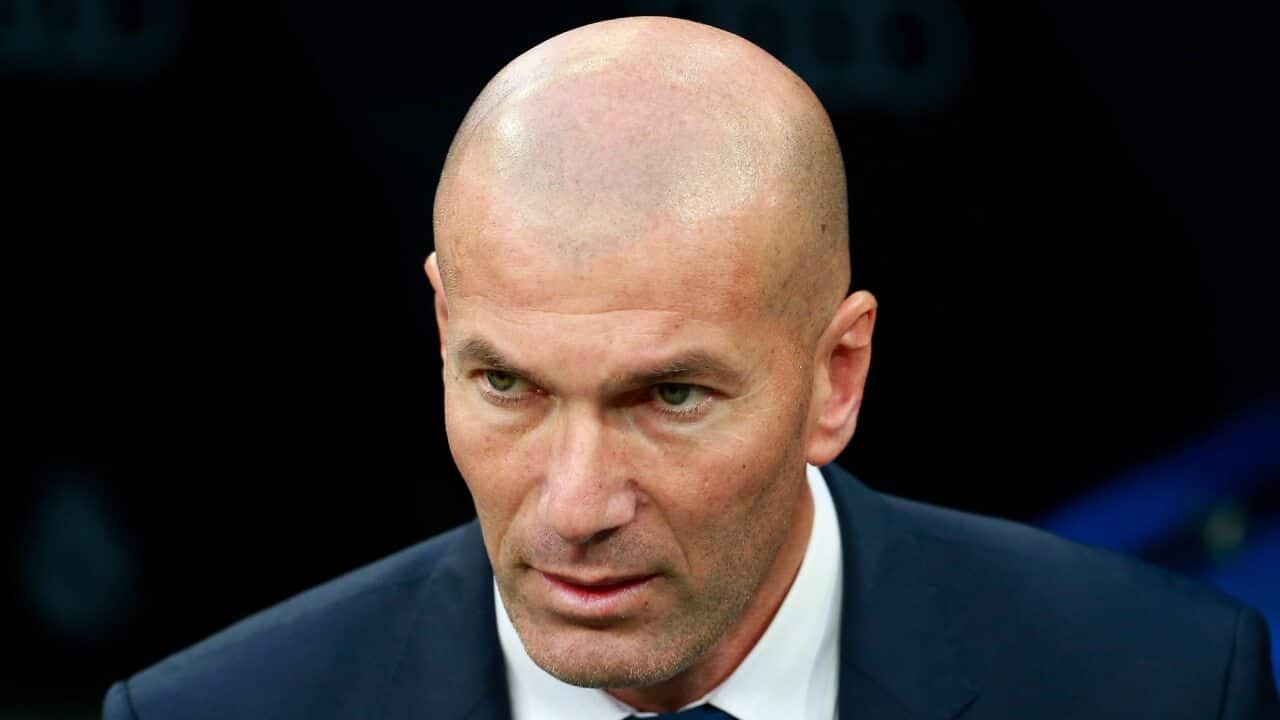 The 2006 FIFA World Cup final between Italy and France in Berlin was delicately poised at 1-1 with 10 minutes to go in extra time when Zidane, after taking exception to remarks made by his opponent Marco Materazzi, sensationally head butted the defender and was sent off.

As France captain Zidane walked off the fieId, his glorious international career came to a stunning end.

Many fans around the world sympathised with the Frenchman who was clearly baited but the reality is that most of them will probably overlook his sublime contribution to the world game and will always remember him for his brain explosion in Berlin.

Advertisement
In much the same way as the little Argentine Diego Maradona will never be better known for his extraordinary exploits at the highest level than for his 'Hand of God' goal against England in the 1986 World Cup in Mexico.

Zidane's bewitching dribbling that got him out of impossible situations, his jaw-dropping free kicks that defied gravity, his two headers that gave France the 1998 World Cup and his special volley that helped Madrid win the 2002 Champions League will be overshadowed by the 'Materazzi moment'.

It's ridiculous, unfortunate, unfair and cruel but that's the way it is: we do live in an unappreciative and unforgiving world, after all.

Zidane has an opportunity to reach the peak of the coaching ranks by leading Madrid to their 12th European title when they face Juventus of Italy in Cardiff on Sunday (AEST).

Victory over the 'Old Lady' would also make him the first coach since AC Milan's Arrigo Sacchi in 1990 to win the Champions League two years in a row and of course make Madrid the first team to retain the title since the 'Rossoneri' 27 years ago.

Zidane took over the Madrid job midway through last season and in the space of a few months moulded a team of high-profile stars into an unbeatable unit that went on to win the UCL.

This season they beat old rivals Barcelona and Atletico Madrid to the Spanish championship and are one match away from a notable double.

It is not unusual but certainly very hard to play entertaining winning football but Madrid under 44-year-old Zizou have managed to do this with deadly effect.

Zidane, arguably France's greatest ever footballer, will no doubt become the country's finest player and manager if he pulls off the Cardiff coup.

"You were the best player in the world and now you are simply the best coach in the world," Madrid president Florentino Perez said of his talisman during celebrations marking the club's latest championship win, their 33rd.

Even allowing for Perez's unbridled enthusiasm, few would argue with his statement.

"Every piece of advice he gives you is like gold dust and it helps you improve on the pitch," said Madrid's playmaker Luka Modric of Zidane.

Okay, some cynics would say 'give Zidane the Malaga job and we'll see how good he is'.

But the same could be said of high-profile managers Ancelotti, Jose Mourinho and Pep Guardiola, who do not exactly work with battling teams, do they?

And besides, football is littered with stories of top coaches failing miserably with star-studded teams at national and club level.

The final showdown at the Millennium Stadium will provide us with a storybook ending.

A Madrid win would confirm Zidane as a master manager and place him up there with the best of his contemporaries and consolidate Madrid's status as the world's greatest club in history.

Victory for Juve would seal the club's rise to the top from the ashes of Serie B and crown the amazing career of goalkeeper Gianluigi Buffon, who continues to defy the critics at the age of 39.

No one would begrudge 'Gigi' a title that has eluded him for many years and one he so richly deserves.