Previous Next Show Grid
Previous Next Hide Grid
Image 1/
Video
Audio
After a disappointing fifth and seventh at last year's Atlanta and Canada back-to-back tournaments, rounds three and four on the world series calendar, the challenge is to bury the demons and come away with top placings in a bid towards a world series title in 2016.
By
Jill Scanlon

The current break between World Series tournaments for the Australian Sevens team has been more like the eye of a storm.

The players have had time to catch their collective breaths after the excitement of the Sydney7s hit out and then the success in Sao Paulo, before the onslaught of a big fortnight in North America now less than a week away.

The Aussie Women have been going about their normal training routine at home base in Narrabeen, approaching the upcoming tour with the usual application and process-driven mindset.

So good to have the sun back at Sevens HQ this morning. Our Women's side are busy preparing for the @Atlanta7s! pic.twitter.com/nWMgwQAUMS

Round 3 and 4 Seven's World Series

Now making their mark on the world rugby stage in convincing fashion, they are about to round the bend in the all-important 2015/2016 World Series race, taking on all challengers in Rounds Three and Four, with the hope of hitting the home straight to the finish line in France in May with an unassailable lead in the rankings.

This was not the position the Australians found themselves in last year when heading States-side. Exorcising the demons of this same fortnight in 2015 will be one of the driving factors for this team.

Coach Tim Walsh looks back almost philosophically putting it well and truly in the category of ‘lessons learned’.

“Our performances last year in Atlanta and Canada we were fifth and seventh. It was a stage in our growth that we had to go through. We always took for granted that we play New Zealand in the final of nearly every tournament and then all of a sudden we were fifth and seventh. We had to find some faith in the way that we were playing and really add some detail to our performance and realise that if you do something wrong, or if you switch off for a second, you could find yourself battling it out in the bottom half. So it was a really important learning stage in our development and in our preparation for Rio,” said Walsh.

“Sevens is so cut-throat, you make a few errors and the game can be gone.”

He admits the strong start to this season has the team in a much better position going to Atlanta this time around but that there will be no changing of their ongoing approach or strategies.

“We try not to get ahead of ourselves with anything. We try to do it game by game and tournament by tournament and I’ve got a plan -- which has been going for three years now -- and it’s really not going to change because of those things. There might be slight adjustments but you’ve got to have faith in the girls; whether it is the 12 picked this time or the 12 picked next time. There is a master plan that we believe in, but we have to take it game by game. We’re a process driven team and we believe that if we perform, then the results will take care of themselves,” said Walsh.

The opposition will be tough, as always, with New Zealand and Canada again the main rivals and each will be keen to put poor performances in Dubai at the start of the series behind them.

The Kiwis will want to defend their 2015 titles while Canada will have the added incentive of succeeding in front of a home crowd in the second week, something they did not achieve last year when they lost to England in the always-crucial quarter final.

Added to these two are the dark horses, the ones that can surprise you on any given day. Russia made its first ever World Series final at Langford in 2015 -- defeating Australia in the quarters along the way -- and will be hoping to put recent inconsistent form behind it.

Fijiana too is becoming more of a threat with each tournament. In Langford last year the islanders were knocked out at the quarter-final stage by eventual champions New Zealand, but the development of the women’s team under new Head Coach Chris Cracknell in the intervening 12 months has seen marked improvement and consistency in its performance and it will again be keen to take another step forward. 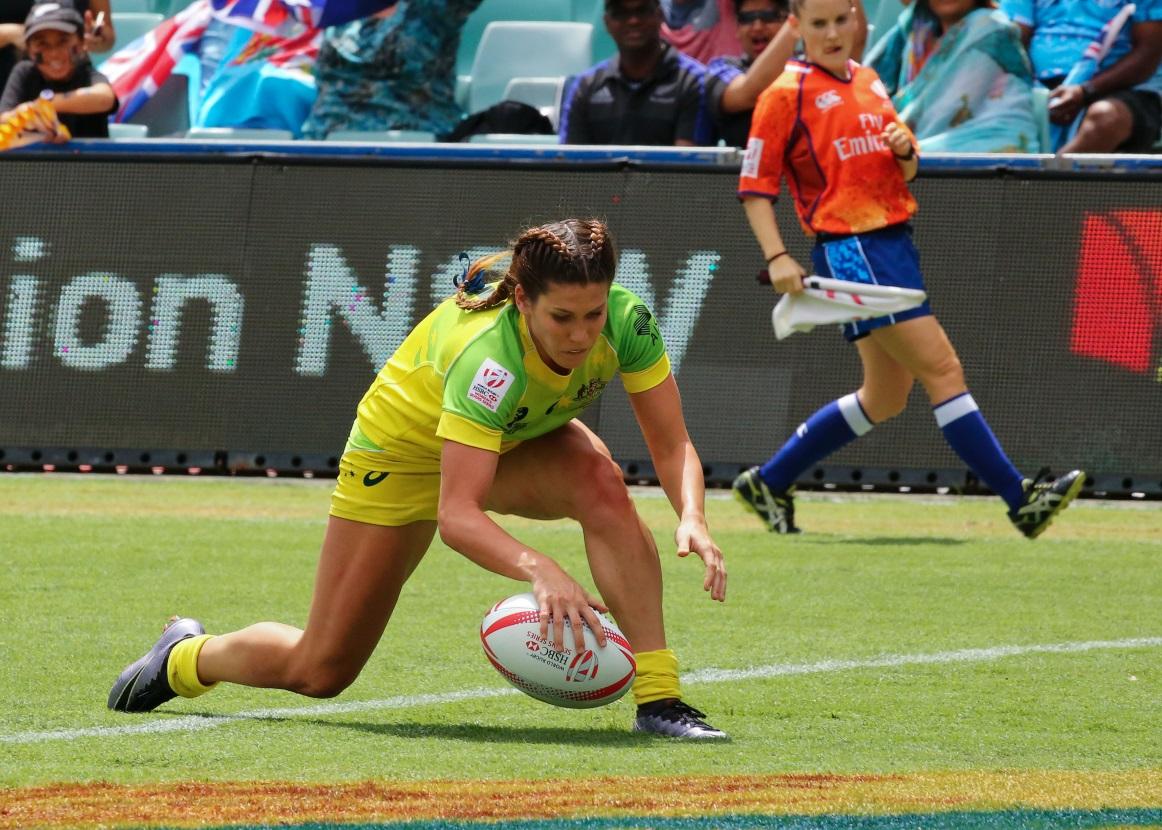 Key playmaker in the Aussie team, Charlotte Caslick, is also well aware of the differences each opposition team can bring to a game and which cannot be underestimated on any given match day.

“If Russia sends (its) strongest team again we can expect anything from them. The USA always bring something different to the table so you have to be on your game whenever you play them otherwise they can just take (it) away from you. With England, it’s always a very physical battle so they have a point of difference there and then Fiji with their offload game -- there’s definitely a lot of different styles on the circuit at the moment so you do have to change your game, from game to game,” concedes Caslick.

“Every time you take to the field it becomes war.” – Tim Walsh

Caslick believes that while the coaches have looked to field the strongest team for this next tournament, they might attempt to spread the load for Canada Sevens with a view to continuing the development of depth in the team.

“Leading into Atlanta I think we’ll obviously try and send our strongest team and then maybe heading into Canada send a bit of a development team and give a few of the young girls a bit more of a chance on that next level stage,” she said.

Tim Walsh agrees saying the young players and the new recruits to the squad have been performing well in recent outings making the most of the opportunities being sent their way.

“You look at the girls that have come through Youth Olympics -- Dom Du Toit, Shenae Ciesiolka  -- every time they play now they’re just adding on another dimension to the game or another bit of consistency to the game. We’ve brought in Mahalia Murphy -- she is getting better and better every game. She’s strong, powerful and quick and is getting a great understanding of Sevens and now has a World Series tournament win under her belt as well,” he said.

From little athletics to rugby in Rio https://t.co/jzyMGrpSfS It's been quite the ride for @murphy_mahalia! pic.twitter.com/JyXsSiJPY4

“We just signed Georgie Friedrichs -- she’s been there, there abouts, the last two years and every opportunity she gets to play, she consistently performs well. I just think she’ll really flourish in this environment and I think she’ll make some improvements very quickly and really push for a spot,” said Walsh.

While the team has been selected for Atlanta as a typical squad of 12 players, the door is open for extra players to join the unit for the second week in Langford.

Preparations for Atlanta have been the same as for all the tournaments but there will be slight changes to routine when preparing for Round Four in Canada with just a six day turnaround.

“Post-USA will be different preparation to pre-USA. And it is nice that some of the girls might have to perform a lot of minutes in that first one but because we’ve got a lot of depth in our squad, somebody else can step up and take their place. They’ll be fresher and have that equal talent to drop in there and provide more than a fatigued player would. So there’s definitely an opportunity to rest the girls that play a lot of minutes -- four or five of them -- and bring in a fresh four or five and, not only give them their opportunity but have that freshness to take into the second round,” said Tim Walsh.

With team selection now done, Walsh has made a few changes bringing back key players who have been missing through injury and he has added one of the aforementioned young talents -- Dominique Du Toit -- for her debut World Series tournament.

It's all about winning the world title

There will no doubt be nerves as the Aussie Women try to shake the ‘monkey off the back’ from last year’s outing in Atlanta but the possibility of getting closer to securing that World title will no doubt be all the inspiration this squad needs.

“Hopefully we can maintain our form and maintain our lead because we’d love to hit the Olympics with a World Series Championship under our belt,” said Tim Walsh.