Stories about Chinese miners during Australia’s famous gold rush of the 1850s are often told from a Western perspective. The SBS drama series New Gold Mountain flips the script by shining a light on this historical period from a Chinese perspective.

Ten of thousands of Chinese gold miners flocked to Victorian goldfields, which they referred to as New Gold Mountain, in search of gold and wealth to create a better life for themselves.

The Chinese brought mining techniques and a distinct way of life from the East to an ancient island continent.

However, many would face discrimination and hostility from their European counterparts.

The gold rush era of the 1850s brought together three groups – the Europeans, Chinese and Indigenous Australians – where there were accounts of conflict.

‘One of the most expensive dramas Australia has made’

Series co-writer Benjamin Law told SBS Chinese the story of New Gold Mountain begins with the discovery of a white woman’s body outside a camp for Chinese miners.

Screenwriters wanted to demonstrate the tinderbox environment of racial relations between white gold-diggers, Chinese gold-diggers and the First Nations people in the gold-mining town, Ballarat, in Victoria’s west.

So, when you throw a murderer into the mix, it’s almost like pouring fuel on a fire that’s ready to ignite. This is how the series got its name.

“It’s probably one of the most expensive dramas that Australia has made. Really, because when you’re trying to recreate an entire world, there’s so much involved in that,” says Mr Law.

The Chinese faced discrimination throughout the gold mining era

Mr Law says many people within Australia’s television industry had long dreamt of bringing the gold rush to the small screen.

“But it’s such an incredibly ambitious thing to do,” says Mr Law due to the amount of research that needs to be conducted to be able to accurately depict history.

According to researcher Leigh McKinnon from the Golden Dragon Museum in Bendigo, Victoria, there were only around 140 Chinese people living in the state two years before the gold rush.

It is estimated that by the end of the 1850s, one-fifth of Victoria’s male population was Chinese, spread out across goldfield regions such as Bendigo, Ballarat and Castlemaine.

“The largest non-European group by far was the Chinese. And that seemed to create hostility in terms of a group thought of as being competition to the European miners,” says Mr McKinnon. 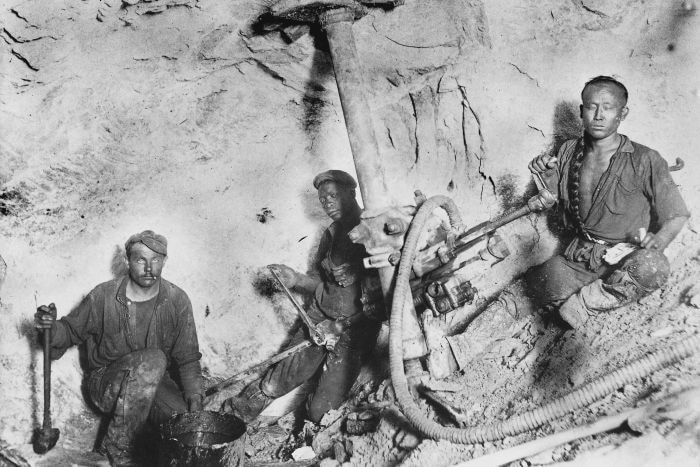 Chinese miners in a Bendigo mine.
State Library of Victoria

Mr McKinnon says European miners didn’t believe the Chinese deserved to enjoy wealth and such a prominent place in the goldfields.

“Unfortunately, those threads of the story do continue through Australian history,” he says.

Mr Law says racial discrimination, xenophobia and anti-Chinese sentiment has persisted since it was first recorded after the Chinese arrived in Australia.

“If there was one thing that could ban different people together, it was usually anti-Chinese sentiment,” he says.

People could whip up xenophobia and really mobilise each other in terms of driving Chinese people out.

The screenwriter says this part of history hasn’t been talked about enough.

When history is taught in Australian high schools, the gold rush era is barely mentioned in textbooks, says Mr Law.

In four episodes, this is “a very, very tight, telling of that story,” he says.

Telling of Chinese story from a Chinese perspective

Historians such as Mr McKinnon say stories have been told about the Australian gold rush that may not have been necessarily true because they originated from Europeans.

Mr Law says it was therefore important for New Gold Mountain to highlight a Chinese perspective and reflect the Chinese way of thinking. 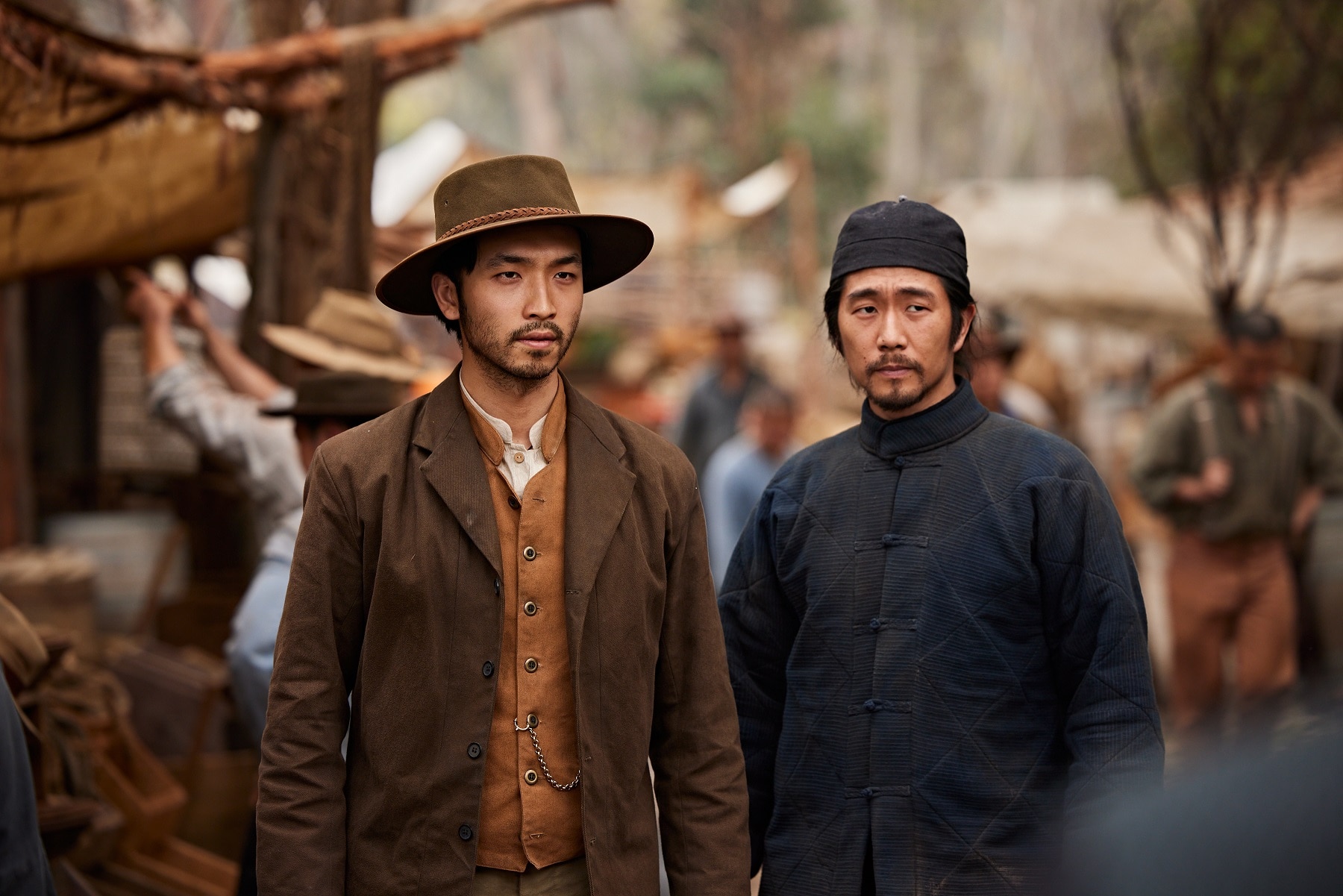 “I don’t want to generalise … but Chinese people think about their family, their culture, their country,” says Mr Law.

“For instance, the two male brother characters [in the series], if they were orphans thrust into a different country, how would they interact? They wouldn't be calling each other by their first names” as they do in Western society, they would refer to one another as “brother”, says Mr Law.

In New Gold Mountain, one of the main characters is played by Yoson An, a Chinese-born actor.

“A lot of the [show’s] inspiration actually from history itself. So the historians that we consulted were incredibly useful there,” Mr Law says.

“It was important for this show, especially, to foreground and to centre a Chinese perspective.”

New Gold Mountain is a Goalpost Television production for SBS. Major production investment from Screen Australia, in association with SBS. Financed with support from Film Victoria and Screen NSW. all3media International is the global partner on the show.