A Chinese-Australian who speaks 10 languages has received the Western Australian Police Force’s highest honour for his work with multicultural communities during the COVID-19 pandemic.

Senior Constable Sam Lim of the department’s Community Engagement Division was named Officer of the Year at the Nine News Police Excellence Awards in December.

He told SBS Mandarin he was "very honoured" to receive the award, as he is the first officer from a Chinese background to do so.

"This is a very precious image. It tells more ethnic groups that our society is fair and just.

"It gives people confidence that hard work will bring opportunities."

As a Chinese man born and raised in Malaysia, Lim was given the opportunity to learn nine languages, including Malay, Mandarin, Indonesian and Burmese. After coming to Australia in 2005, he learnt English. His language skills have become a vital tool in his job.

"Language is an important element in communication,” he said.

"For example, when you meet Hokkiens and they hear you speak Hokkien, the barriers dissolve."

His expertise has become particularly important during the pandemic, where he has been tasked with informing community groups about the latest updates and to dispel misleading information.

"The most important thing in the pandemic [is to act], people are panicking, and rumours are flying everywhere.

"I would quickly translate English information into Chinese, Burmese, etc. And then answer their questions. This can quickly mitigate their anxiety."

Since March, Lim affirms that a large number of racial discrimination cases against people from Asian backgrounds were reported in Perth and part of his job is to reach out to the victims through online platforms.

"I would call them, learn the details, then solve the matter. Following up is also important. By doing that, the community is grateful to the police."

He also convened a group of Chinese volunteers and formed the ‘Lim Police Officer Info-Exchange Group’ on WeChat.

Lim was a successful businessman in Malaysia before immigrating to Australia to reunite with his family.

With plans to retire firmly in his plans when he arrived, he was reminded by a close friend of his childhood dream to become a police officer.

This was all that was needed for him to take a leap of faith.

In 2006, at the age of 45, he joined the Western Australian Police Force after passing his physical and psychological tests and was deployed to the frontline. 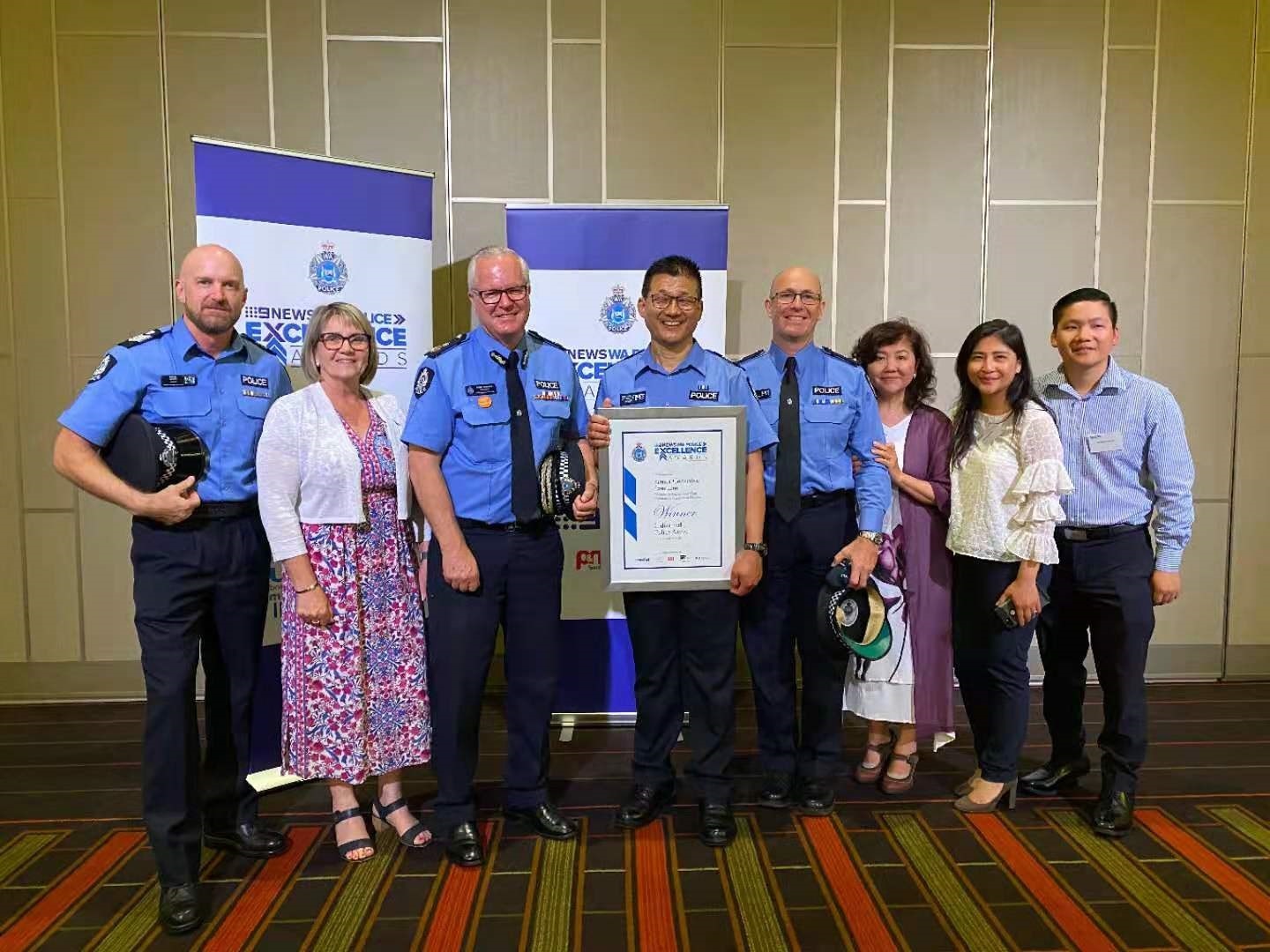 He said the job allowed him to "travel all over Western Australia and understand the customs of the state”.

Over the years, he has worked in Perth, Karratha, Eucla and Fremantle. He was transferred to the department’s Perth headquarters in 2017, where he was handed the responsibility of assisting multicultural groups.

"Many immigrants do not trust the police due to their experiences in the past, and they lack an understanding of police duties. Furthermore, there are language barriers and different cultural backgrounds.

"These obstacles are not so easy to overcome. You have to help them to regain trust."

Lim said his job is difficult because "no one did it" before he arrived.

However, he is confident and optimistic that building a sense of trust between the police and community groups is similar to being a successful businessman.

“I went out and introduced myself, in universities, elementary schools, middle schools, clubs, temples, churches, like a salesman.

“I made myself known to others while giving lectures on how to self-protect, what the jobs of the police are and the importance of contacting the police in cases of emergency.” Since his transfer to the Perth headquarters, he has successively conducted nearly 100 law-promoting lectures in multicultural communities.

He believes a key in building trust is to let community members know he is contactable during times of crisis, affirming that he has more than 160,000 contacts.

"They are all friends to me. When they need help, I will be there."

Following his award win, Lim hopes more officers like him can make the leap.

He thanked his peers and community members, but above all, he is most grateful to his wife.

“She is very patient, and she lets me do what I like.”